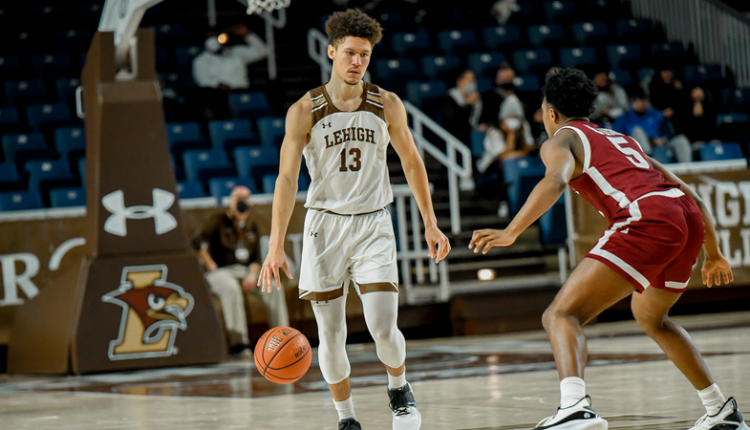 BETHLEHEM, Pennsylvania – Keith Higgins Jr. of Lehigh men’s basketball was named Patriot League Rookie of the Week with four straight double-digit hits, including both games last week, announced on Monday. Higgins Jr. ended the week with 36 points, including 26 in the second half. Included was a career high of 23 points in Tuesday’s big 85-81 win against reigning Patriot League champion Colgate.

Now in four career starts, Higgins has scored double-digit points in every game in the second half. On Tuesday, Higgins scored 16 of his points in the second half, finishing the field 8 of 13 and adding four assists with zero ball losses in more than 36 minutes. On Friday he scored 13 points at Army West Point – 10 after half time. He finished 5-of-7 from the field, including 3-of-4 from the 3-point area.

In his last four games, Higgins has scored 67 points (53 of them in the second half). The Mountain Hawks are 3-1 at this distance and 3-2 since Higgins started.