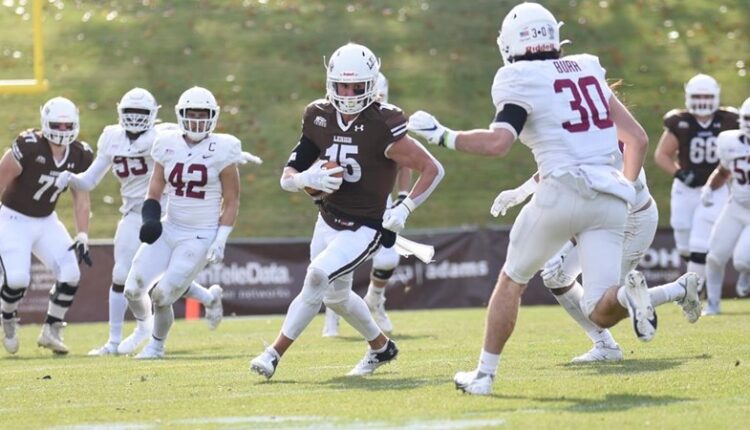 BETHLEHEM, Pennsylvania – Lehigh senior wide receiver Austin Dambach was named to the Football Championship Subdivision Athletics Directors Association (FCS ADA) all-star academic team late last week. Dambach is recognized by the FCS ADA for the second time in a row and is one of six Patriot League football students who have joined the 50-strong team.

Football players from all institutions of the Football Championship Subdivision (FCS) are eligible for the award. Each of the nominees was required to have an undergraduate grade average of at least 3.20 and be a starter or key player with legitimate track and field credentials. They must have completed their second sporting and academic year at the nominated institution and have completed at least one full academic year at the nominated institution. They must also have participated in 50 percent of the games played in their assigned position.

On the field, Dambach appeared as a wide receiver in all 11 games for the Mountain Hawks in 2021. He finished with 17 receptions for 229 yards. In 33 career games, Dambach had 65 receptions for 809 yards and three touchdowns.

Dambach receives the ninth FCS ADA Academic All-Star award for Lehigh Football. His selection after the Spring 2021 campaign was the first for the Mountain Hawks since 2018.