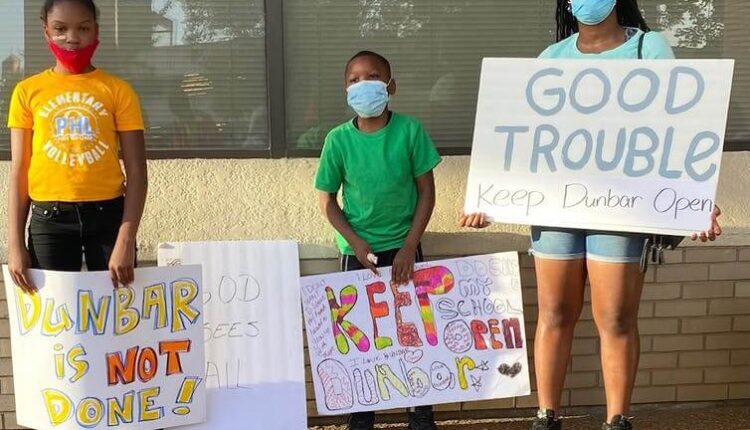 Residents of the St. Louis neighborhood known as The Ville have been fighting for years to stop the closing of Charles H. Sumner High School, the oldest historically Black high school west of the Mississippi River.

Sumner High School has been under repeated threats of closure from the school board and the superintendent, who cite declining enrollment. The most recent such threat arose in December 2020.

Throughout Black people’s history in the U.S., predominantly Black K-12 schools have served as pillars in Black communities. Their importance is second only in significance to the Black church. Neighborhood schools help stabilize communities and foster a sense of belonging for children, serving as a foundation for academic achievement.

This is why many parents, community members, activists and even researchers like me who have studied contemporary Black K-12 schools find the shuttering of predominantly Black schools – despite the rich history and success of some of these schools – to be disconcerting. 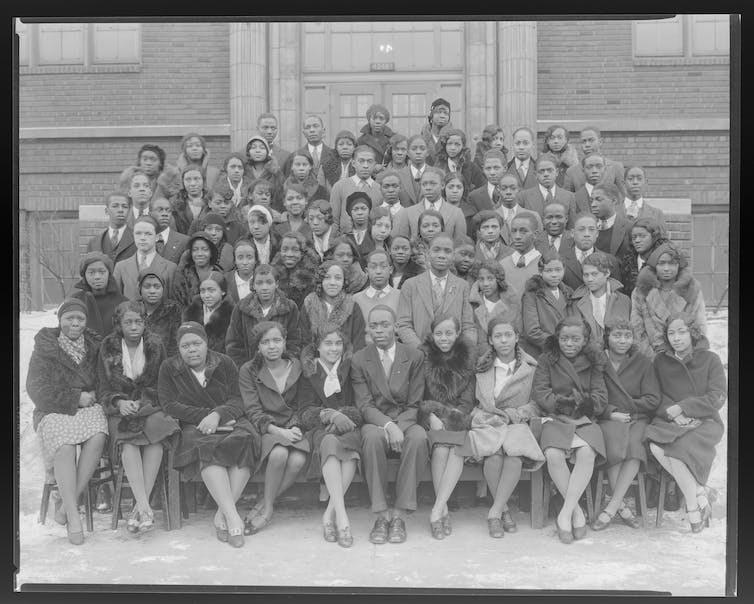 Sumner High has been spared for the time being.

But other historically Black schools, such as Paul Laurence Dunbar Elementary in St. Louis, have not been so lucky. Dunbar Elementary, named after the famous Black poet and writer, will no longer physically enroll students. District leaders said they want to convert Dunbar to a virtual school beginning in August 2021. This led parents, community members and activists to protest the superintendent and school board’s decision, asserting that the physical closing of the school removes a key pillar in the historic Black Jeff-Vander-Lou neighborhood.

Two urban schools that I have researched, both renowned for educating low-income Black students, were also recently shuttered. Gentrification and the emergence of charter schools contributed to an enrollment decline at Whitefoord Elementary in Atlanta, leading it to close its doors in 2017 after serving the community for 93 years. Farragut Elementary in St. Louis – also located in The Ville – closed in May 2021. The rationale once more: declining enrollment.

As recently as the early 2000s, Black students attending Whitefoord and Farragut outperformed Black students at other schools in their respective cities, including those at magnet and charter schools, on standardized tests.

These school closings are part of an epidemic of Black public school closures in U.S. cities across the country, including in Atlanta, St. Louis, New Orleans, Baltimore and Chicago.

Black and poor students are disproportionately affected by these closures. For example, Black students comprise 31 percent of the students in urban public schools but represent 61 percent of students in those that closed. 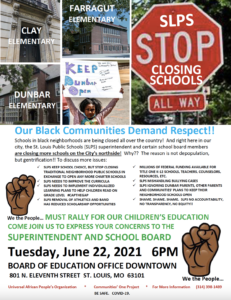 Flyer for a rally in St. Louis to protest the closing of neighborhood schools in Black communities (Image via The Conversation).

Sumner High School stands just 10 miles from the streets of Ferguson, Missouri, where protesters marched throughout the summer of 2014 to demand justice for the police killing of Michael Brown.

Amid national rallying cries and hashtags that “Black Lives Matter,” I believe greater attention needs to be given to efforts aimed at stopping the closing of Black K-12 public schools.

Rarely factored into the equation are the historical and social circumstances and policies – racism, persistent underfunding of Black education, redlining, disinvestment in Black neighborhoods and desegregation – that gave rise to those statistics.

Moreover, missing from these analyses are the human costs related to closing schools in already struggling neighborhoods. When policymakers remove schools from vulnerable communities, they remove some of the few stabilizing institutions. These buildings often sit vacant for years and become eyesores and objects of vandalism.

I raise these concerns within this time of racial reckoning that purports to value Black institutions. A rush of philanthropic and governmental dollars as a result of protests for Black lives has recently targeted Black businesses, civil rights and social justice organizations, as well as historically Black colleges and universities, or HBCUs.

HBCUs have rightfully received additional resources for their work educating generations of Black students. But I believe that to serve Black children, proponents of Black education must extend this support to include Black K-12 public schools. I see three main reasons for this.

I find it disingenuous for governmental agencies and philanthropies to provide economic support to Black students at the university level but not at the K-12 level, which comprises the most critical phases of their educational and social development.

Second, the circumstances for Black students who abruptly leave closed schools do not get better. Students from closed schools often experience a decline in math test scores, rarely transfer to better-performing schools and suffer social and academic disruption.

How can this be done? As with the recent passage of stimulus bills to stabilize the economy and families affected by COVID-19, governmental and philanthropic dollars must complement local dollars to counter funding gaps for schools that predominantly serve Black students and improve the infrastructure of those schools.

Providing financial support to end the massive closing of K-12 Black public schools – which are charged with educating millions of Black students on the racial and economic margins – would make an emphatic statement that Black lives truly matter.

Jerome Morris is a professor of Urban Education at the University of Missouri-St. Louis. He wrote this piece for The Conversation, where it first appeared.