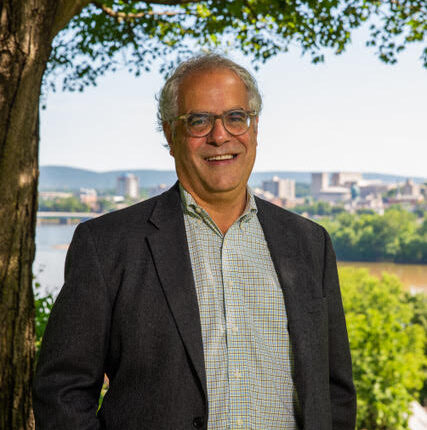 Editor’s note: It’s still 2021, but the 2022 field for Pennsylvania governor is starting to develop. The Capital-Star is trying to sit down with as many candidates as possible to ask them about their campaigns, background, and issues impacting Pennsylvanians.

Feel free to email [email protected] with any questions you’d like to see posed to candidates in the future.

Charlie Gerow is a 66-year-old political consultant and former lobbyist (his registration expired at the end of June), who runs his Harrisburg-based firm, Quantum Communications.

An old hand in Republican Party politics, Gerow started as a political aide on former President Ronald Reagan’s campaign, and has run for state and federal office multiple times. He’s also the vice chairman of the American Conservative Union, a national advocacy group.

His campaign website argues that Gerow is a conservative who can “win in the battle for our ideas, win in the media,” and beat the assumed 2022 opponent, Democratic Attorney General Josh Shapiro to capture the governor’s office for the GOP for just the second time since 2002. Shapiro, of Montgomery County, has yet to announce a bid for the top spot.

Capital-Star: The first question, the most basic question: Why run for governor?

Charlie Gerow: Pennsylvania needs help. And I believe that I know what needs to be done. And I know how to do it. And I think it’s important to know that I didn’t wake up in the middle of the night and say, “Gee, I think I oughta be governor of Pennsylvania.”

In fact, it wasn’t really something that was on my radar screen, until I got a call from Congressman G.T. Thompson [R-15th District], who is the dean of our [GOP] congressional delegation. And GT said, very directly and very pointedly, “Charlie, I want you to run for governor.” And he now serves as the honorary chairman of the campaign.

He told me that he wanted a candidate who could beat Josh Shapiro, and believed I was the one who could do that, for three reasons. He said, “One, you’re a solid, sensible, conservative. Two, you’re a great communicator, and somebody needs to be able to take on Josh Shapiro in the media, on a debate stage and ultimately win an election.”

And he said, “Third, Charlie, you know how to govern. And that’s the most important thing.” And that was the thing that really got to me when he first talked to me. And so I took, you know, some time to deliberate, pray, think, talk to family, talk to business partners, talk to clients, talk to political leaders, and I made the decision to run.

C-S: What would you argue [is] your own case of why you’re prepared to not just be helping to get people elected, or working on an agenda with legislators, [but that] you yourself can move that [agenda] forward?

CG: I think it’s a plus that I don’t currently hold elected office, I think people are looking for somebody who’s an outsider, but who brings to the table the skills and the experience to get the job done. One of the things that [Thompson] talked to me about was my leadership style. And my leadership style has always come from the point that I tried to hold my ego in check. And, by doing so, surround myself with people who are better at what they do than I am. So you bring the brightest and the best to the process by doing that.

Second, you put them in the right positions. It’s the old [author and business professor] Jim Collins-thing, of getting the people on the bus, and then in the right seats.

Third, you lay out a clear agenda for them. And I think I have the capacity to do that having been involved in just about every public policy or legislative fight in the commonwealth over the course of the past 40 years.

C-S: Checking your campaign website, you talk a lot about natural gas. There are a lot of Republican candidates that are going to talk about natural gas and a lot of Democratic candidates. It’s not an issue out of left field. But those have been clients of yours. You know, how will voters be able to know what is Charlie Gerow, a candidate for governor, and not Charlie Gerow, head of Quantum Communications?

It is a clear path to economic prosperity for thousands and thousands of Pennsylvanians, a great thing for the Commonwealth of Pennsylvania, and a bright hope for our future, as we transition away from other fossil fuels and towards the future. I think it’s the natural bridge. And I want to take full advantage of the opportunity that we have.

C-S: But will you have a way to firewall off what used to be your clients from your governing, your campaigning?

CG: I think we’ll make that very clear. You know, my views are my own. And I’m representing Charlie Gerow, and his campaign for governor now. I don’t like to talk in the third person, but since you asked it that way I want to be very clear about that.

C-S: What is your day one priority if elected governor?

CG: The day one priority is going to be to get the economy of Pennsylvania back on track. I mean, the closures and shutdowns of the past year have hurt us. The workforce development situation has been an impediment. The regulatory system has been a hold up and a hang up. So I want to see the economy get moving again, and really running on all cylinders, so that every Pennsylvanian has the opportunity that others had.

C-S: One issue that’s gonna be very big in this campaign, particularly for Republicans, is election integrity. For the first time, the Franklin and Marshall poll shows that 4 percent of Pennsylvania said it was their top priority. How would you want to see Pennsylvania’s election code change?

Within that there are a whole bunch of things that need to be done. [House State Government Committee Chairman ] Seth Grove [of York County] and his committee put forth some of them.

But I think that it begins, in my judgment, with the appointment of a really experienced, highly qualified secretary of state. Not every state in the union appoints the secretary of state, and by so doing, the head of the bureau of elections, etc, etc.

The governor gets to do that in Pennsylvania. So I’m going to look to somebody who has tremendous experience, most likely a county commissioner, but not necessarily. But somebody who’s been in the trenches, who knows what needs to be done, and who will carry out precisely the things that need to be there to assure every Pennsylvania that their vote has been properly cast and properly counted.

C-S: Do you have any names in mind?

CG: I’ll have a long list for you by the time I get elected.

C-S: What about mail-in ballots? There’s efforts to repeal Act 77 [the law that authorized no-excuse balloting] and arguments that it’s unconstitutional. Would you support the repeal of Act 77? Or do you think that that law can stay in place?

CG: I’d support the repeal of Act 77. I want to see what the Legislature does with it. But if the repeal was sent to me, I’d sign it.

CG: When you say mail-in ballots, what do you mean?

CG: And we have not, historically, in Pennsylvania, as you know. And I think that when you open that door, you open the prospect of some serious problems. And we had problems.

Anybody [who] tells you, we didn’t have any problems, I think is burying their head in the sand. So the question then becomes, can you do it without the difficulties that we’ve had in the past? And I think until we can assure ourselves that we’re not going to have those problems that we ought to go slowly.

CG: I think I’m the one candidate that Josh Shapiro really hopes he never has to face or run against.

And I can take them on on the issues, and I’ll not be outworked by any candidate, Republican or Democrat. And I think that he knows that as a candidate on the ground meeting voters face to face, pressing the flesh, if you will, that I’ll do exceedingly, exceedingly well.