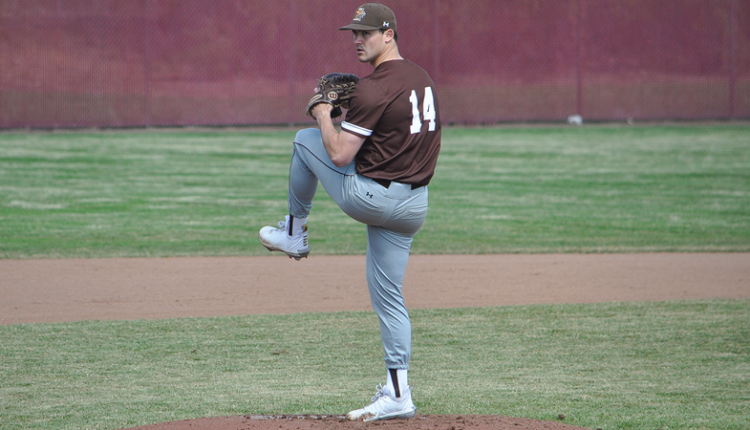 BETHLEHEM, PA. – For the second time this season, junior right-hander Mason Black was named Patriot League Pitcher of the Week, announced by the league office on Tuesday afternoon. This is the Mountain Hawks’ third Pitcher of the Week award this season and Black’s third weekly career award.

Black (2-1, 2.22 ERA) celebrated his second win of the season in the first game of a double header in Lafayette on Saturday. He threw up a full seven innings game, only allowing a three-hit run with 10 strokes while running three leopards. Black picked up a no-hitter in the fourth inning, knocking out seven of nine batters at one point. The full game is the second of his career and Black’s first since 2019.

This season Black has beaten 44 batters and only run eight over 28.1 innings and five starts. His 44 strikes are by far the most in the Patriot League. Teammate Matt Svanson is second in the league at 32 and Army’s Patrick Melampy is currently third at 25.

The junior infielder Joe Gorla was awarded the “Honorable Mention” for his impressive day on Saturday. Gorla fought with four RBIs against .571 (4-7) in the two games to lead the offensive.

The Mountain Hawks swept the two-game set with Lafayette at Kamine Stadium on Saturday before the double header rained down on Walker Field on Sunday. These two rivalry games will be invented at a later date.

Lehigh will play three games against Navy this weekend, with the first two starting in Annapolis at 12:00 p.m. and the third game in the series on Easter Sunday at 2:00 p.m. at Walker Field

Just in time for Easter, peeps debut with 7 new flavors