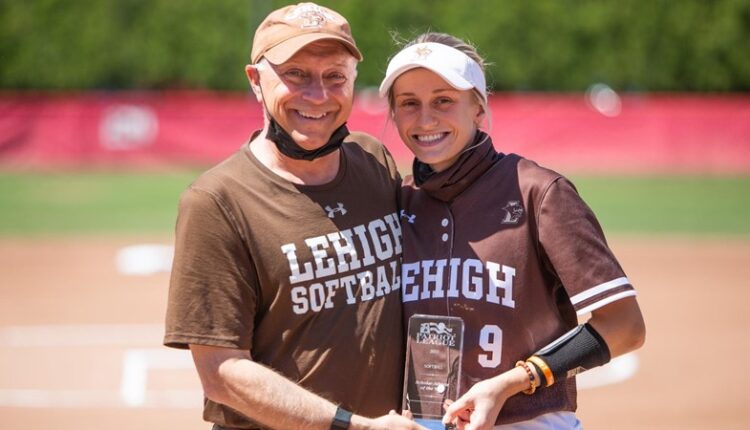 Barjaktarovich Named Scholar-Athlete of the Year; Joined By O’Rourke on Academic All-League Team

The Scholar-Athlete of the Year and Academic All-Patriot League teams are elected by the league’s sports information directors. To be eligible, a sports student must have a cumulative grade point average of at least 3.20 and be a starter or key player in their sport. Freshmen or students in their first year of school at their school are not entitled to the award.

Baryaktarovich has a cumulative GPA of 3.84 as a marketing major. A native of Richmond, Michigan, is a two-year member of the Patriot League Academic Honor Roll and has created Lehigh’s Dean’s List with a GPA greater than 3.60 in each of her first five semesters on campus. Barjaktarovich works in Lehigh’s athletics department as the head of the Lehigh Student-Athlete Mentors (SAM) organization.

Barjaktarovich is the 10th distinct Lehigh softball player to win Patriot League Scholar Athlete of the Year and the first since Carolyn Wright in 2017.

O’Rourke was also the second All-Patriot League winner on the second base. She finished fourth in the Mountain Hawks with an average of 0.295 and is third on the team with 15 runs. O’Rourke hit 0.323 with 12 RBIs during the Patriot League regular season. In the Patriot League tournament, O’Rourke had an RBI single and a run scored in Lehigh’s inaugural win over Colgate, and went 3-2 in Saturday’s championship game against Boston University.

Academically, O’Rourke has a 3.80 GPA with an emphasis on Earth and Environmental Sciences. She is a two-time member of the Patriot League Academic Honor Roll, a four-time Dean’s List student and received a 4.0 GPA in the fall semester of 2020.

The Mountain Hawks reached the championship round of the Patriot League tournament for the fourth time in a row and finished second for the third time in a row after Boston University. Lehigh finished the 2021 season with an 18-16 record.