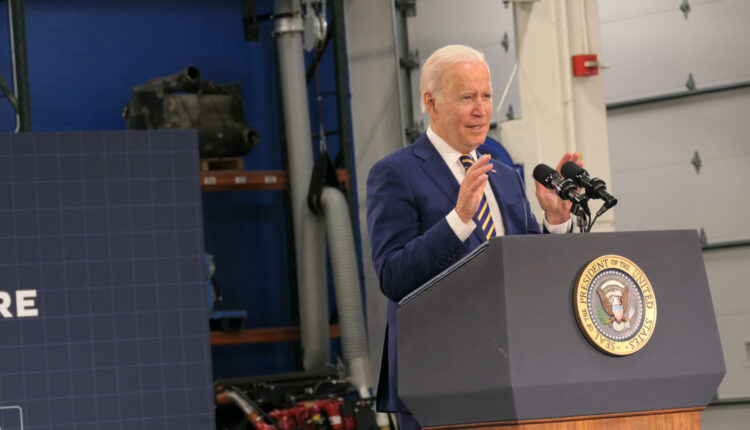 If you get into an argument with a Republican about the GOP’s lamentable support for voting rights and its fractured relationship with Black Americans, it won’t be long before your rhetorical sparring partner bellows “Robert Byrd” at you and declares the argument over.

The logic here, if it even can be called that, is that because Byrd, the wizened former U.S. senator from West Virginia who has been dead for more than a decade, was once a member of the Ku Klux Klan, then Democrats cannot be true supporters of civil rights and Black Americans. This political original sin is further compounded, they will tell you, by the fact that such southern Democrats as the late Arkansas Gov. Orval Fabus led the charge against school desegregation in the late 1950s.

This analysis leaves out the fact that Byrd had a well-documented change of heart later in life, and that the so-called “southern strategy” Richard Nixon and Barry Goldwater employed in the 1960s lured racist whites into the Republican fold, where they have remained ever since.

A half-century later, a Trumpified Republican Party that’s left the legacy of Abraham Lincoln far behind, is still flipping Democrats the Byrd as it stands steadfastly in the way of the voting rights legislation that’s now slowly and torturously making its way through Congress.

Senate Majority Leader Charles E. Schumer, D-N.Y., wants to hold a vote on two bills, the John R. Lewis Voting Rights Advancement Act and the Freedom to Vote Act, ahead of Monday’s nationwide Martin Luther King Day holiday. To do that, Democrats will have to reach an internal consensus as they debate whether to change the Senate rules to lift the 60-vote threshold to advance legislation.

With some Democrats opposing the rules change, members of the Congressional Black Caucus, along with President Joe Biden, are pushing hard for it. The Senate is divided 50-50, with Vice President Kamala Harris wielding the tie-breaking vote.

In a speech in Atlanta on Tuesday, Biden laid out the historic stakes of failing to pass nationwide voting protections as Republican-controlled legislatures across the country, including Pennsylvania, have moved to restrict access to the polls.

“I think the threat to our democracy is so great that we must find a way to pass this voting rights bill,” Biden said. “Debate them, vote, let the majority prevail and if that bare minimum is blocked, we have no option but to change the Senate rules including getting rid of the filibuster.”

This week, Republicans opposing the bill made, as Vice News reports, a preposterous argument against the two bills, claiming that because so many voters turned out in 2020, that there’s no problem with access to the polls, and the protections embedded in the legislation aren’t necessary.

“I don’t think you can get 94% of the people who agree that the Earth is round anymore. But here we have 94% of the voters who voted with ease in 2020. This is a stark contrast with the claimed assault on voting rights that we’ve heard so much about from our colleagues on the left,” U.S. Sen. John Cornyn, R-Texas, ludicrously argued, according to Vice.

While it’s true that voters turned out in droves two years ago, this ahistorical argument once again conveniently leaves out all the actions that Republicans have taken since then. At least 19 states have passed 34 laws restricting voting access, according to the Brennan Center for Justice at the New York University School of Law, the Capital-Star previously reported.

“My good colleague from Texas says 94% of voters said voting was easy in 2020. So why don’t we keep it that way? Isn’t it true that all of the changes that we are arguing about are post-2020?” Schumer said, according to Vice. “We agree 2020 worked out okay. I guess my friend is saying The Big Lie is false, because Donald Trump said it was fraudulent, the election results.”

Analyses have shown that turnout increased in states that made it easier to vote, and that there’s no threat to the integrity of elections as a result.

“Simply put, tightening rules to prevent astronomically rare events of fraud is likely to cause far more harm than good,” Douglas R. Hess, a political science professor at Grinnell College in Iowa, wrote in a March 2021 analysis published by The Conversation. “The 2020 general election demonstrated that policies expanding access to the ballot – including ones targeted for elimination by some bills that states are considering this spring – can be implemented securely, even under highly stressful conditions.”

Only one Republican, U.S. Sen. Lisa Murkowski, of Alaska, has voted to permit consideration of a renewed voting rights act. And not a single Republican, including Murkowski — voted to take up the Freedom to Vote Act, the Washington Post’s E.J. Dionne observed Wednesday.

But, in 2006, the “Voting Rights Act passed 390 to 33 in the House of Representatives and 98 to zero in the Senate with votes from 16 current, sitting Republicans in this United States Senate. Sixteen of them voted to extend it,” Biden said this week.

History will judge the GOP based on its final answer.

Pa. borrowers to see relief after $1.85B settlement with Navient for ‘predatory’ practices