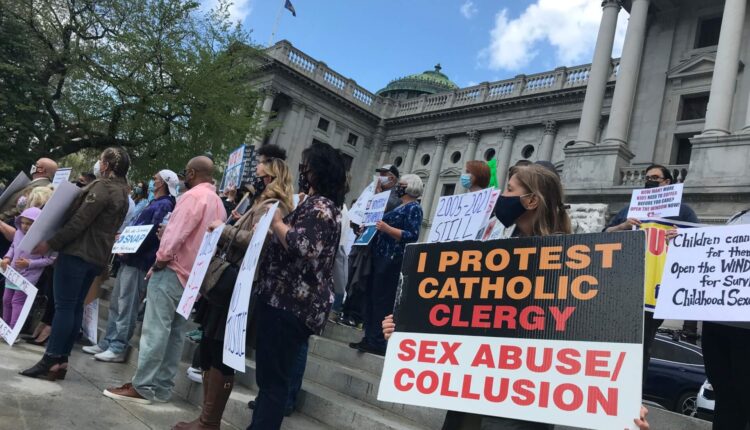 The second-ranking Republican in the state Senate hasn’t officially ruled out legislation that would open a two-year window for survivors of child sexual abuse to sue their abusers.

But a recent state Supreme Court decision to throw out a case that would have given hope to now-adult victims — even with outdated claims — reaffirms Senate Majority Leader Kim Ward’s, R-Westmoreland, concerns about legislatively extending a statutory window, her office said Monday.

As majority leader, Ward controls the Senate’s voting calendar, which means she has a substantial say over which bills come to a vote.

The 5-2 state Supreme Court ruling, issued last week, upheld the 12-year statute of limitations for child victims to file civil lawsuits against their abusers and institutions that knew about credible allegations but never took action to stop them. The plaintiff, Renee Rice, said the Roman Catholic Diocese of Altoona-Johnstown allegedly covered up abuse a priest inflicted on her in the 1970s.

“We need not resolve the issue as it is clear the statute of limitations expired decades ago,” Justice Christine Donohue wrote in the decision.

The court’s decision comes months after the Department of State failed to advertise language for a proposed constitutional amendment ahead of the May primary election. If it weren’t for the mistake, an extended window would have appeared on the ballot.

But there’s also a bill, proposed by Rep. Mark Rozzi, D-Berks, that would open the window for victims and correct the Department of State’s error through the legislative process. The bill was approved by the House, and cleared the Senate Judiciary Committee in April. But it has yet to receive a floor vote in the Senate due to questions over its constitutionality, Ward has said.

Ward, a practicing Catholic, has been ridiculed for not calling the bill up for a vote. However, she’s denied claims that she’s stalling and said the constitutional amendment process gives victims the “strongest legal position” to face their abusers in court.

Last week’s court ruling “demonstrates the complexity in navigating the constitutionality of a statutory window,” Erica Clayton Wright, a spokesperson for Ward, told the Capital-Star.

She added: “More importantly, the ruling proves the existing case law in the state must be carefully considered, and the debate cannot be based solely on what other states are doing or have done.”

Restarting the amendment process in response to the error, the House and Senate passed legislation in March that would put the issue on the ballot in 2023. Both chambers will have to pass the bill during the next session before going to the Department of State for advertising.

Following a request from Ward, Attorney General Josh Shapiro’s office provided the senator with a fact sheet from Child USA Advocacy — a nonprofit child advocacy organization, with a state-by-state statute of limitations comparison, Wright said earlier this month. She added that there have been “several meetings” between their offices.

Ward’s office has yet to provide a definitive answer on whether Rozzi’s bill will see a Senate vote when the Legislature reconvenes in September but has confirmed that consultations with legal experts are ongoing.