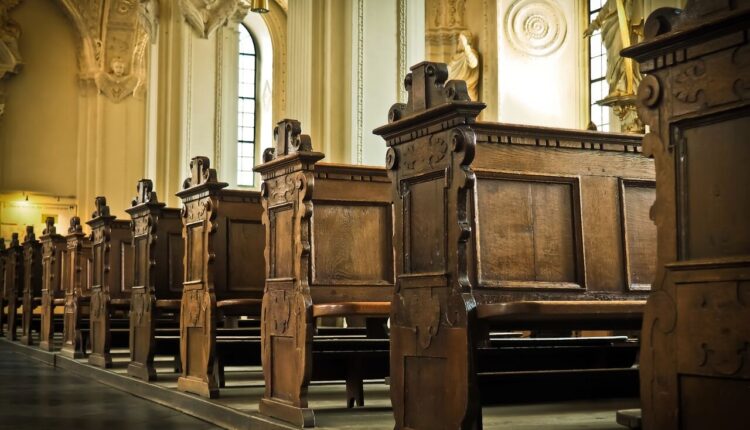 A novel can capture a moment in a culture.

The Startup Wife, by Tahmima Anam, perfectly captures the collapse of churchgoing in American life on the eve of the pandemic.

This is the America where less than a majority report membership in any religious institution and where only around a third of Americans respond that they attend religious activities once a week. And actual membership and attendance are undoubtedly less than that.

But at its heart is a deadly serious question—how do people live meaningful lives after the Death of God? Or, as the novel puts it, “if only you could give every skeptic what they wanted, some kind of believable replacement for God.” But that replacement could not require people in any way to “cheat on our atheism.”

The novel tells the story of the founders of a startup that aims to resolve this dilemma and change the world. They develop an app that, after a person answers a few basic questions, scours the world’s religious and other wisdom traditions and offers a personalized ritual for any important occasion—birth, death, marriage, loss of a job, anything.

These rituals come ready-made. They offer no explanation of any sort. They just give the user something to do to mark a moment in life.

Americans are deserting the pews. How one simple step could reverse it | John A. Tures

The brilliance of this concept, and the reason for the startup’s astonishing early success in the book, is that Americans are both starved for meaning and hostile to the baggage and entailments that organized religion brings. We want the trappings of religion without worrying about its content.

Without arguing the point, the novel also suggests that this spiritual condition is shared across the aisle. It operates at a level more fundamental than politics of any kind. The reader enters a world just like ours, but altered in such a way that political life disappears. No one talks about it. You don’t even notice it’s gone.

The app leads to disaster when the startup branches out to an algorithm that mimics the personae of a lost loved one, creating the illusion of life after death to go along with the original illusion of religion.

Eventually, a user performs an imagined version of Sati—the ritual of self-immolation associated in the West with Hinduism, but which has been illegal in India since at least 1829—and kills himself to join a deceased spouse.

The founders, and the reader, thus come to see the essential futility of this individualized and unfocussed American religious yearning.

Religious rituals arise organically from worldviews—from stories that religious traditions tell about how the universe works and what it means. The participant enters into, and enacts, that story in performing the ritual.

Rituals cannot be detached from their tradition and applied like a Band-Aid.

What America has lost in the decline of organized religion is its worldview—its founding story.

We argue endlessly over whether America was founded as a Christian nation. That is certainly debatable.

But what is not debatable is that America was founded under a shared theistic story—the story of a beneficent universe created by a caring deity and destined for a glorious future. That is the story we have lost.

That is the story to which Dr. Martin Luther King, Jr., was adverting when he said that the arc of the moral universe is long, but it bends toward justice.

It’s not just atheists who have lost that story, though their loss is obvious. Even many of the people who say that they believe in God have lost faith in that story. And sometimes such people even continue to practice religions that have lost essential meaning for them.

Americans have lost faith in a universe that makes sense. And that means that nothing can make sense.

We don’t even realize that this loss of faith is the reason for our troubles. That is why we are not doing anything about it.

There are steps that can be taken to address our spiritual wasteland.

Granted, the supernatural God of the Bible is not going to make a comeback. Although millions of sincere believers remain, you could see that permanent absence in the failure of any major public figure, even major religious figure, to simply ask God to spare America the effect of the virus. Once, such prayers would been offered society-wide. Once, such prayers would have made sense. Now they don’t. That is why they were not offered.

For that matter, there was a time when, under similar circumstances, our religions would have called the vaccines a gift from God. They would have denounced the refusal of such a gift as sinful.

Even our religions have lost the sense of God.

But there are other stories about the universe, natural stories, that are available to us. Some of them are quite astonishing. These stories are consistent with science, but are not all rooted in simple materialism.

Currently, Congress is considering how to repair America’s physical and social infrastructure. That is needed.

But what is even more urgent is the repair of America’s spiritual infrastructure.

Americans have to come to terms with what we have lost and begin the search for what will replace it. We have to come to a cultural consensus over a new story. That will take a long time. But at least we must begin.

Unfortunately, there is no app for that.

Opinion contributor Bruce Ledewitz teaches constitutional law at Duquesne University Law School in Pittsburgh. His work appears biweekly on the Capital-Star’s Commentary Page.  Listen to his podcast, “Bends Toward Justice” here. His forthcoming book, “The Universe Is On Our Side: Restoring Faith in American Public Life,” will be published in October. His opinions do not represent the position of Duquesne University Law School.

Social platforms get graded on efforts to fight hate. Here’s how they ranked. | Tuesday Coffee