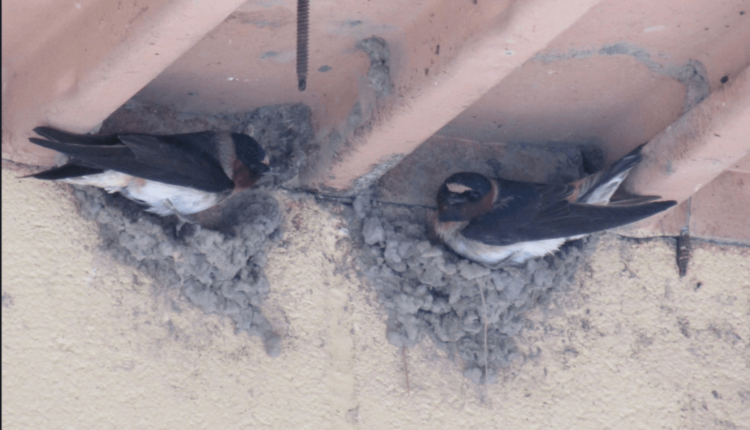 Cliff Swallow at the PGC maintenance building on July 3, 2021. (Photo by Kim Springer).

The destruction of approximately 150 migratory bird nests from a Pennsylvania Game Commission Building in western Pennsylvania has area bird watchers concerned for the wellbeing of the protected species and dismayed with the state agency in charge of ensuring their protection.

In western Pennsylvania’s Mercer County, Kim Springer has been an avid bird watcher for 26 years. She frequently visits the area surrounding a Game Commission maintenance building at Shenango River Lake in Transfer, Pa., where she takes photos, and writes observations about what she encountered during her bird watching trips.

Over the July 4 holiday weekend, Springer visited the Shenango River Lake area where she counted 109 Cliff Swallows building nests, and documented the trip on her eBird Checklist, a website managed by the Cornell Lab of Ornithology used by birders and researchers to log details on birds seen during outings.

About five days later on July 8, Springer returned to the area to see how the birds were progressing only to discover that the nests had been destroyed.

“I saw them being constructed for months and months and I kept going back and they were gone,” Springer told the Capital-Star.

She recounted in her eBird Checklist for that day with pictures of the building and the remnants of the nests. 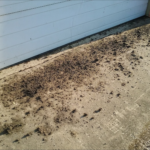 Debris from the removed nests in front of the maintenance building. Taken on July 8, 2021. (Photo by Kim Springer). 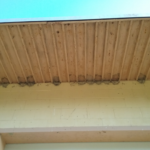 Marks show where the nests were removed from the Pennsylvania Game Commission Building. Taken on July 8, 2021.
(Photo by Kim Springer).

Distraught by what she’d witnessed, Springer reached out to wildlife officials at the Pennsylvania Game Commission (PGC), U.S. Fish and Wildlife Service (USFWS) and the local newspaper, hoping to get answers.

Cliff Swallows, a migratory species logging thousands of miles in their travels from North America to South America, are protected by the federal Migratory Bird Treaty Act of 1918.

Cliff Swallows nest in colonies that can range from several hundred nests to several thousand. The birds build their nests on vertical walls and cliffs, hence their name, using globs of mud as the building material.

Building nests from globs of mud is no easy task for the small birds. 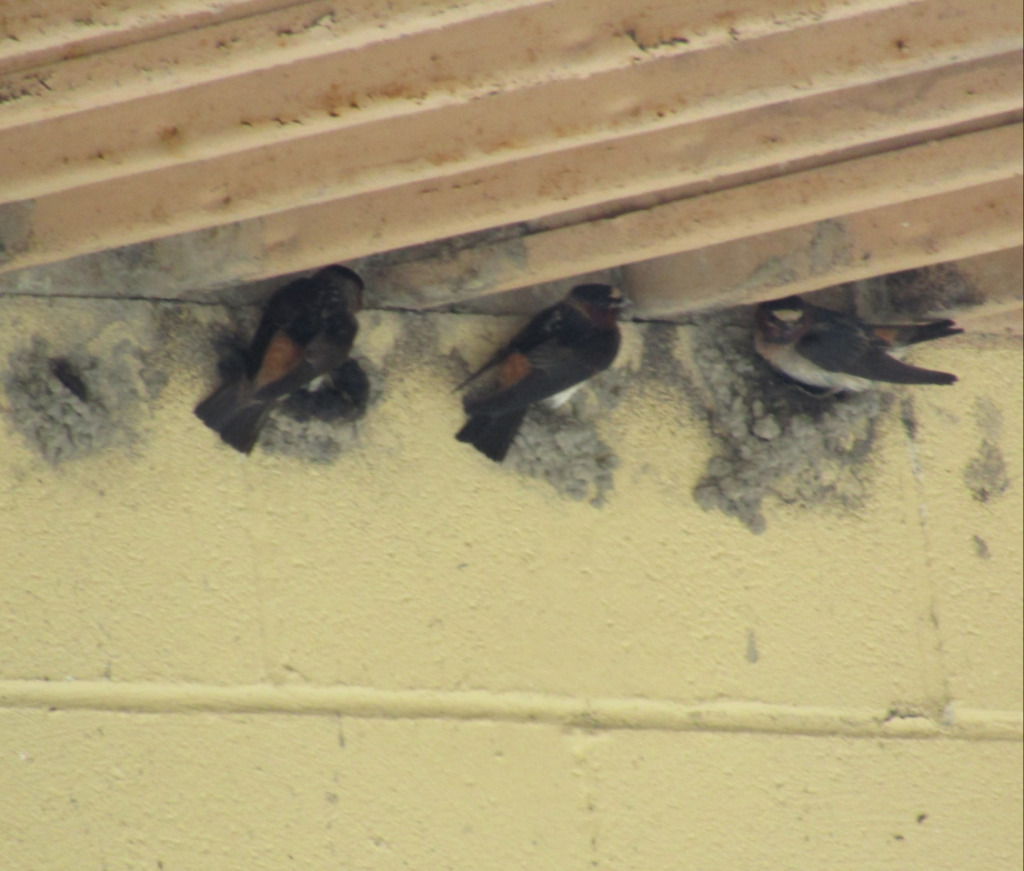 Once they’ve located a suitable area with plenty of mud, the Cliff Swallows begin construction mouthful-by-mouthful, requiring multiple trips and numerous globs of mud before the nest is completed and ready to be occupied.

“These birds are putting so much energy into building these nests,” an exasperated Springer told the Capital-Star. “These poor birds. It’s just so sad.”

Finally on July 12, after several attempts to reach someone about the nests, Springer received a callback from a state game warden who told Springer that the nests were destroyed over health and safety concerns caused by the birds’ feces.

The warden told Springer that the Game Commission did not need a permit from the USFWS to remove the birds, which is usually required by federal law, citing an article from the federal agency that states: “It is illegal for any person to take, possess, transport, sell, or purchase them or their parts, such as feathers, nests, or eggs, without a permit. Active nests with eggs or chicks inside may not be touched or destroyed without a permit from the USFWS. Inactive (empty) nests do not require a permit to destroy. Nest or bird removal applications must be justified with strong, compelling reasons such as a health or safety hazard towards humans and/or birds or damage to property. Check with your state government and the USFWS for migratory bird permits. The USFWS does not issue permits for bird nuisance issues.”

“I don’t know how this article stands up as being law,” Springer said. “This agency is supposed to serve and protect.”

A spokesperson for the Bartramian Audubon Society, which covers Butler, Lawrence, Mercer and Venango counties, told the Capital-Star that they were aware of the report and said the removal of the nests show a “lack of concern” from the state agency.

“It is hard to imagine that the presence of a cliff swallow nesting colony on a maintenance building would present so much of a problem that the only solution was destruction of the nests.  Cliff swallows have nested for years, for example, on the fish hatchery building in Linesville with no evident disturbance to the workers there or the work they do,” the spokesperson said. “This may have been the easiest way for the Game Commission to proceed and, as the Commonwealth’s wildlife agency, they may even have the legal authority to do so. But it shows an unfortunate lack of concern for the very thing they are supposed to be protecting.“

The Pennsylvania Game Commission responded to the Capital-Star’s inquiry about the nests with a statement that also cited continued “human health concern” as the reasons for their removal, noting that the problem occurred last year at the Shenango River Lake maintenance building as well.

“This year steps were taken to deter nesting at the building and avoid any possible human health concerns. Only as a final measure, the partial mud nests were washed away (in accordance with US Fish and Wildlife Service guidance),” the statement reads. “The partial nests were not active. Meaning the nests did not contain eggs or flightless young, and therefore, the action was not in violation of the Migratory Bird Treaty Act of 1918.”

But Springer said she can’t confirm whether or not the nests were occupied by eggs or chicks or empty at the time of removal, noting that a fellow birder told her on July 4 that the nests were “pretty much fully constructed” and that he saw tails sticking out of the nests during his visit.

“That’s just the worst thing that could happen. Are we going to start knocking down eagles’ nests because of their location?” Where do we stop this?” Springer asked.

In a statement to the Capital-Star the Game Commission said the agency was working on developing a better plan to deal with the nesting Cliff Swallow population.

“The PGC recognizes this course of action is not ideal and have started developing plans to develop a nearby structure dedicated specifically to cliff swallows, in hopes of the birds’ shifting away from the maintenance building in 2022. For the remainder of this summer, we will exclude the swallows from nesting above the doors of the building but allow them to nest on other portions of the building.”