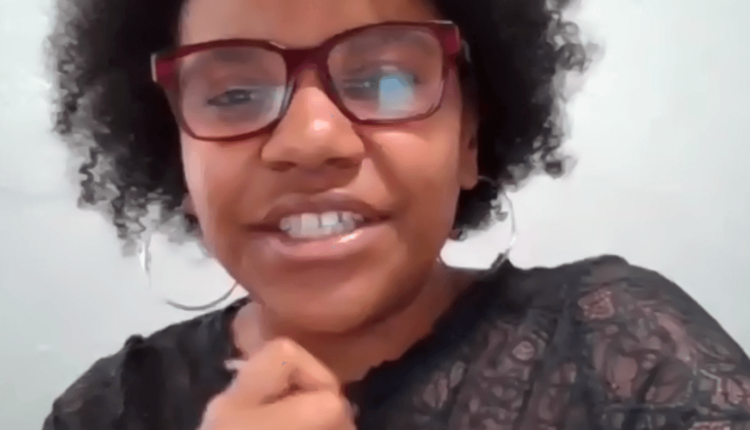 Ashley Comans, a mom and a business owner, speaks during a news conference on Wednesday, 7/14/21 (screen capture)

Good Thursday Morning, Fellow Seekers.
Like a lot of working mothers during the COVID-19 pandemic, Ashley Comans and her husband had to make some hard calls about work and childcare, as they balanced their professional and home lives during the worst public health crisis in a century.

So as new federal child tax credit payments of up to $300 a month begin landing in the mailboxes and checking counts of all but a sliver of Americans this Thursday morning, Comans said she’s looking forward to building a “safety net” that she and her husband can rely on as they look to put their toddler daughter into childcare.

“Anything that can help us get our daughter into safe and accessible childcare is really important. And I know a lot of families aren’t able to do that,” Comans, of Wilkinsburg, Allegheny County, said during a virtual news conference organized by the Pennsylvania Democratic Party. “It’s really important that these kind of things continue to happen, so we can support those who are most vulnerable.”

With the 2022 midterms already well underway, Democrats are looking to leverage the payments, and other programs authorized under the $1.9 trillion American Rescue Plan into a potent argument for their competence and a reason for voters to expand their majorities in the U.S. House and Senate.

During the call, Democrats targeted Republicans in key contests in the commonwealth — U.S. Senate and the Governor’s Office — for their opposition to the tax credits. Democrats also stressed that the payments will benefit families irrespective whether or not they voted for President Joe Biden.

As the Pittsburgh Post-Gazette notes, Republicans have opposed the credits, arguing that they expand the welfare state. During the call, however, Democrats homed in on the transformative nature of the payments, which impact about 2.3 million children statewide, while specifically lifting 140,000 children out of poverty.

“The Democrats delivered that change in the U.S. House and Senate, and then President Biden,” Davis said. “We need to ensure that if we’re going to continue to work – we need to keep a Democratic majority in the Congress.”

Lamb has been mentioned as a potential Democratic candidate for U.S. Senate in 2022, which means the messaging will take on added importance if Democrats find themselves vying for an open seat next year. 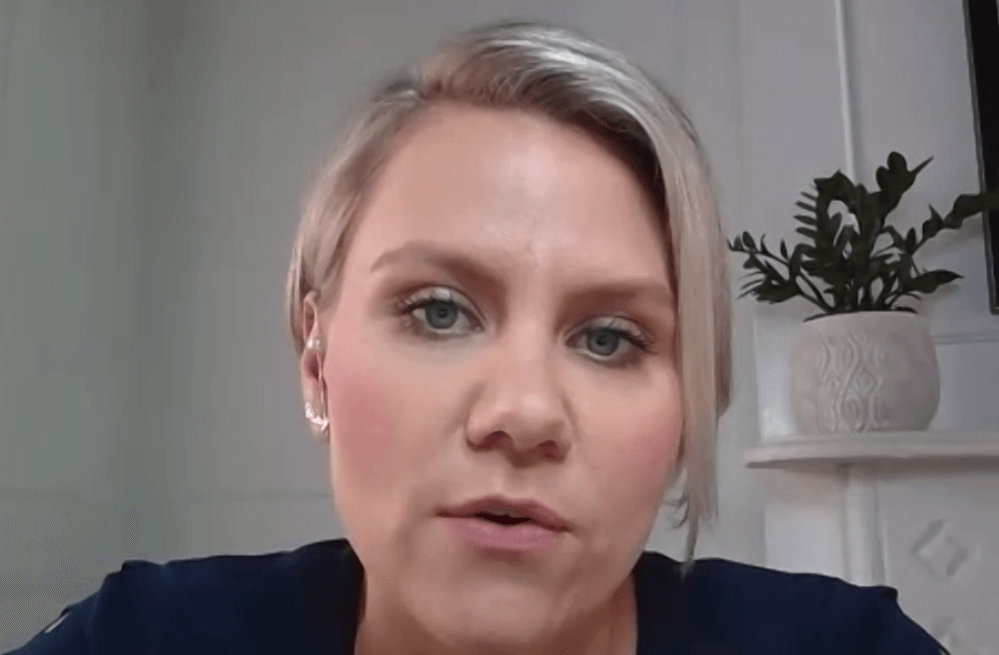 Darlene Yanakos, a resident of Pittsburgh’s North Side, speaks during a news conference on Wednesday, 7/14/21 (screen capture).

While broadly popular, polling shows Americans are confused about the distinction between the tax credit payment, and the $1,400 stimulus payments that millions of people received earlier this year as part of the massive stimulus law.

While it may not dispel that confusion, Wednesday’s call did seem clearly designed to broadcast the payments’ utility to a demographic cross-section of potential mid-term voters.

Darlene Yanakos, who lives on Pittsburgh’s North Side, said she relied on a “hodge-podge” of childcare options during the pandemic, even as she scaled back her hours to take care of her family.

“This direct aid is incredibly valuable – it’s going into the hands of parents who need it today,” said Yanakos, who hopes the credits will free her to return to being a “more contributing member of the paid workforce.

“Injecting capital directly to families who need this aid has a profound economic impact,” she continued. “No matter your political affiliation, investing in children is the best path to do this.” 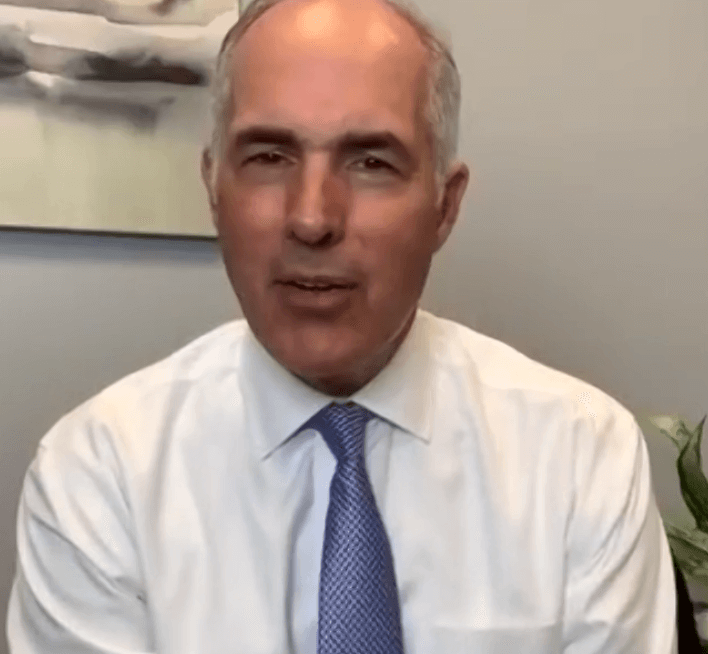 Looking beyond the payments, U.S. Sen. Bob Casey, D-Pa., who put in a brief appearance during Wednesday’s call, stressed the importance of passing other Biden White House initiatives, such as the sprawling American Families Plan, that will further improve the lot of low-income and middle-class families.

“This is a unique moment in time – we’re finally at a point, after saying we should invest in families, we’re finally doing it,” Casey said Wednesday. ” … We said to the powerful, the [American] Rescue Plan is not for you … we’re going focus on children and families with children … That’s the way it should be.”

During an appearance at a community college in Illinois last week, President Biden pitched the importance of the unfinished pieces of his domestic agenda that reach beyond infrastructure.

“I’m here to make the case for the second critical part of my domestic agenda,” Biden told the crowd, according to The Washington Post. “It’s a combination of parts of my American Jobs Plan that were essential and not included in the bipartisan infrastructure plan as well as my American Families Plan.”

For Pennsylvania mothers such as Deborah Eisenberg, of McCandless, Allegheny County, that message is critical.

“I’m excited about the child tax credit because it helps us pay for babysitters and daycare for our older daughter,” she said during Wednesday’s news conference. “I think it’s great that everyone in Allegheny County will benefit even if they didn’t vote for the party that passed it. I know a lot of Allegheny County mothers will appreciate being able to pay for childcare.”

Our Stuff.
The Pennsylvania State System of Higher Education’s Board of Governors has approved the most transformative restructuring in the system’s 38-year history, as it voted Wednesday to consolidate six state-owned universities into two regional campuses, Marley Parish reports.

Officials in Tioga County, a Republican stronghold in north-central Pennsylvania have rejected a Republican state senator’s request for the county’s voting machines, ballots, and other election materials in connection with his planned audit of the 2020 election, Stephen Caruso reports.

Western Pa. birders are questioning the state Game Commission over the removal of nests belonging to a protected species that took up residency at one of the agency’s buildings, Cassie Miller reports.

Black and Brown LGBTQ organizers have started to formulate a new Philly Pride celebration, our partners at the Philadelphia Gay News report.

The top Democrat in the U.S. Senate says decriminalizing marijuana at the federal level is a change that’s “long overdue,” and that he’s prioritizing that effort amid a growing number of states legalizing cannabis, Capital-Star Washington Reporter Laura Olson writes.

On our Commentary Page this morning, an energy industry advocate argues that allowing Pennsylvania to join a regional cap-and-trade program will strengthen its recovery from the pandemic. And bans on critical race theory could have a chilling effect on how educators teach students about racism, a University of Kansas scholar writes.

Elsewhere.
A sculpture of Black vocalist Marian Anderson planned for Broad Street in Philadelphia is moving ahead with a task force and grants, the Inquirer reports.

Not a single Pittsburgh-area hospital requires COVID-19 vaccinations for its employees, the Post-Gazette reports.

PennLive takes stock over the legislative debate, such as it is, over teaching critical race theory in Pennsylvania.

A petition has called for the end of a new diversity, equity & inclusion program in the Downingtown schools, 6ABC in Philadelphia reports.

The remains of indigenous children, recovered from the cemetery at a residential school in Carlisle, are being returned to their tribal descendants in South Dakota, the Associated Press reports (via WITF-FM).

GoErie takes a look at how Erie County plans to spend millions of dollars in federal stimulus money.

You Say It’s Your Birthday Dept.
Best wishes go out this morning to Jenna Clay at WNNK-FM in Harrisburg, and to Marion Callahan Samkavitz, at the Bucks County Courier-Times, both of whom celebrate today. Congratulations, and enjoy the day, friends.

Heavy Rotation
Here’s an old favorite by The Wombats that seems purpose-built to get you jumping around your office this morning. It’s ‘Let’s Dance to Joy Division.’ Turn it up and go mad.

Wednesday’s Gratuitous Soccer  Link
Great Britain’s women’s national soccer team have confirmed that they all will take a knee during play at the Tokyo Olympics, calling it  ‘an important symbol of protest against discrimination,’ The Guardian reports.