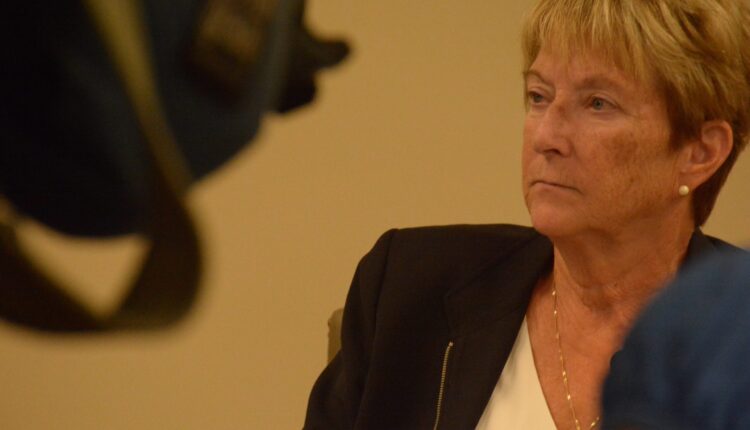 In a 15-5 vote on Tuesday, the GOP-controlled House Health Committee’s lawmakers approved a six-page letter laying out their legal objections to the order.

It goes on to request that the Commonwealth Joint Committee on Documents rule that the mask order issued by acting Secretary of Health Allison Beam is unlawful.

The efficacy of the move is unclear. The review board’s membership will skew to Democratic Gov. Tom Wolf’s appointees and allies. At best, the panel could order the administration to issue the order through a process taking a few months, if not longer. Either way, the committee’s eventual ruling could spark legal action.

But the move still gave legislative Republicans a chance to sound off against Wolf, his handling of the pandemic, and masks.

At the heart of this procedural tangle is Beam’s mask order, issued in late August. It mandates that all students, teachers and staff at K-12 public and private schools, as well as at child care facilities, wear a face covering.

Wolf had said his administration was not considering new public health orders in the lead up to the school year.

But Beam cited rising COVID-19 cases as schools return, increased concerns about childhood cases, as well as her powers under the 1929 law establishing the state Health Department, and a 1955 state law covering infectious disease response, to implement the order after increased pressure from worried parents and teachers.

Republicans have countered that the order was a violation of the separation of powers, and does not have a legal basis without a state of emergency to back it up.

“It is my strong belief that the secretary does not have authority to proclaim this order,” Health Committee chair State Rep. Kathy Rapp, R-Warren, said before Tuesday’s vote. “It would be no different than if the Secretary of Agriculture sent out an order that all children in a school district should drink half a pint of milk every day.”

Republicans had few other courses of action. Wolf could veto any bill restricting his powers, and has yet to have a veto overridden. A constitutional amendment restricting Wolf’s powers further, which would avoid Wolf’s veto, couldn’t be implemented until 2023 at earliest.

Rep. Dan Frankel, the committee’s ranking Democrat, called the move “an exercise in political theater” that would set a dangerous precedent for emergency response while potentially making it harder for kids to be in classrooms.

“There is no such thing as in-person learning without mitigation policy,” Frankel, of Allegheny County, said.

Deciding on the legality of the mask order now falls to the 11-member documents committee, made up of lawyers, legislators, a cabinet secretary and the attorney general. It has a final say on what is, and is not, a regulation, and it can be asked by the Legislature to review actions as needed.

If it rules that the mask order is a regulation, it would need to go through the state’s lengthy regulatory process, which can take years to implement new rules — though Rapp pointed out that the Wolf administration could use emergency rule-making powers to pass a mask mandate in less time.

If it rules against the committee, the order would stand.

Wolf appointees and the two Democratic floor leaders make up seven of the committee’s members. Rapp said she wouldn’t try to speculate on their decision.

The documents committee will meet the week of Oct. 18 to discuss the order, Vincent Deliberato, the committee chair and head of Legislative Reference Bureau — which drafts bills for lawmakers — told the Capital-Star.

That timeline allows for both sides to  file legal briefs arguing their positions.

The Wolf administration or the Pennsylvania House could also challenge the committee’s ruling in Commonwealth Court, DeLiberato said.

In a statement, he argued the opposition was not about masks, but about the “delicate balance of power that our Constitution creates.”

“The governor’s administration should focus more on the education of our children and addressing the long-term consequences of his previous school shutdown and not policing who is and is not wearing a mask,” Cutler said.

Rapp acknowledged the similarity of the efforts.

“I think we like to cover all our bases,” she said.

Still, Kevin Levy, an attorney with Philadelphia law firm Saul Ewing that’s been tracking the state’s COVID-19 response, said he thought that the “legislative route seems more likely to succeed,” in overturning the mask order. Still, he held that Wolf and Beam were within their powers to issue the order.

“I understand these arguments” against the order, Levy added. “They’re not frivolous, I just don’t think they’re especially convincing.”

According to an August poll commissioned by the Associated Press, about 60 percent of Americans support school mask mandates.