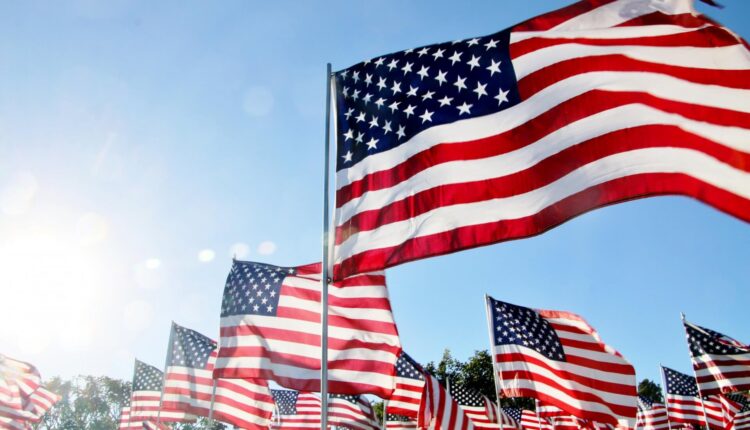 After what seemed like an eternity, I finally heard my son’s voice on the phone.
“Are you OK?, “I asked him.

“Yes,” Bryan said. “I’m fine. We’re all together in a conference room.”

Then I heard some chaos in the background.

“Dad, I can’t talk now. I have to go. They’re evacuating the capital,” said Bryan.

That was the conversation I had with my son on the morning of Sept. 11, 2001. Bryan was a student at George Washington University in Washington, D.C., and was working as an intern for U.S. Sen. Tim Hutchinson.

I remember thinking about how this could be happening in America. Evacuating the Capitol Building was beyond belief. If you weren’t safe there, where would you be safe?

Bryan ended staying at a friend’s apartment for most of the day before finally hailing a cab around 6 p.m. and going back to his apartment, where he called us to let us know of his whereabouts. He said Washington was in a wartime mode with police and soldiers everywhere, but he was safe.

That conversation might have been the last words I heard from Bryan if it wasn’t for the passengers aboard United Airlines Flight 93 who brought down a hijacked plane in a Pennsylvania coalfield. The plane reportedly was either headed for the Capitol or the White House. We owe those passengers a debt of gratitude that can never be repaid.

While things took a dramatic turn with the phone call, the day started like every other Tuesday. I remember getting dressed for work that day and watching the “Today’ show on NBC as I usually did. Suddenly, there was a bulletin about an airplane flying into the World Trade Center. At first, it seemed more of a novelty than a tragedy.

Quickly, though, it became apparent that this was serious, and people could lose their lives. As the television camera focused on the damaged tower, another airplane came into view and smashed into the other tower.

Now it was clear this was a tragedy unfolding, and lives were in perilous damage. After a few minutes, NBC switched to a reporter in Washington, D.C., trying to get comments from the White House about the looming catastrophe. As the reporter was talking, there was a loud explosion, and the reporter looked stunned as he tried to find out what was going on. Minutes later came the report that an airplane had crashed into the Pentagon.

Then it hit me. My son, Bryan, was scheduled to be working at the Capitol Building that day. I immediately tried to call Hutchinson’s office. Of course, phone lines were going crazy, and it took what seemed like forever to finally get someone in the office who put Bryan on the phone.

I finally finished getting dressed for work and began thinking about what I needed to do as the managing editor for the Herald-Standard, a 30,000 circulation newspaper in Uniontown, about an hour south of Pittsburgh.

As I was driving to work, I wondered if there would be anything to do since this was a national story. However, as I entered my office, our religion reporter came up to me saying that a local church was holding a service and wondering if we should cover it. I told her to go ahead and grab a photographer on her way.

Minutes later, our courthouse reporter came in, saying the court had been closed and if we wanted her to do a story on that. It was the same for the next hour,  as we found numerous local angles to this story.

In all, we ended up with 20 local stories. We put together a special section that won several statewide honors. It was a tribute to our hardworking staff for all the work they put into the section.

Looking back, it was clear that it was a tragedy that affected all Americans. While people in New York City, Washington, D.C., and Shanksville took the brunt of this attack, everyone across the nation felt under siege in communities both large and small. How could you not with footage on TV of people jumping from the World Trade Center and firefighters putting their lives on the line as they walked into the burning WTC? Stories soon spread of the heroism of people on United Airlines Flight 93.

The country came together then, with Democrats and Republicans alike supporting President Bush. Flags were everywhere, and everyone was proud to be an American.

It’s a shame that there’s no sign anywhere these days of people coming together to support our leaders. We can’t even agree on how to fight a pandemic that has killed hundreds of thousands of people, far more than the number of people who died on 9-11.

It’s like the days when people came together in a spirit of unity happened 100 years ago, not 20. The speeches, videos, TV shows, and documentaries show a sense of unity long gone.

They come out every five years on the anniversary of 9-11 and then are put away somewhere in the recesses of our minds. Too bad we haven’t learned anything from them. Imagine how much better our country would be if we could put some of those lessons to use today.