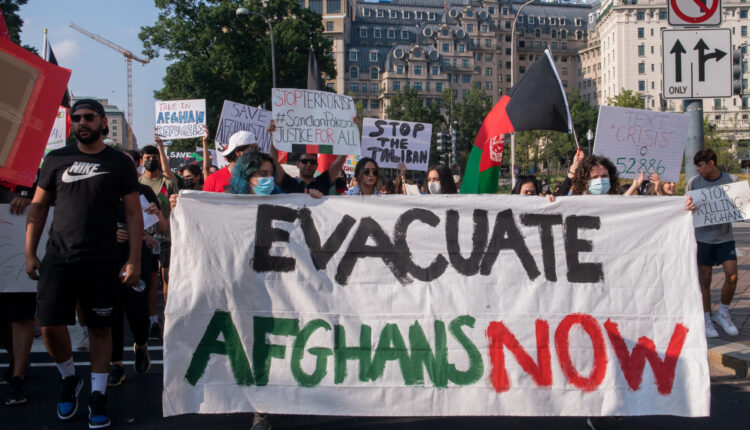 WASHINGTON — Even as the last military planes left Kabul, members of Congress were still trying to facilitate the evacuations of more Americans and Afghans.

Democratic U.S. Reps. Jason Crow D-Colo., Andy Kim and Tom Malinowski, of New Jersey, were leading efforts to supply names and contacts of Afghans who helped the U.S. in the last 20 years to the State Department to quickly process evacuations.

“We must protect our people and our friends by continuing evacuations from Kabul airport until the job is done,” Crow wrote on Twitter, adding that “the situation in Kabul is still life or death for American citizens and our Afghan partners.”

“We cannot rest until all Americans come home,” he said.

Taking to Twitter, U.S. Rep. Susan Wild, D-7th District, wrote that “although it is clear to me that we could not continue to put American servicemembers in danger for an unwinnable war, I also believe that the evacuation process appears to have been egregiously mishandled.”

The administration has stated that it has the capacity to evacuate the nearly 300 Americans still in Afghanistan, according to the Associated Press.

According to the Department of Defense, more than 123,000 people, including 5,400 Americans have been evacuated from Afghanistan amid the collapse of the government and violent takeover by the Taliban.

In the last several weeks, Kim’s office has sent about 6,000 names over to the State Department to try and facilitate evacuations, a senior staffer with Kim said.

More than 18,000 Afghans who have worked as interpreters, drivers, security guards and fixers for the U.S. have been stuck in limbo, facing threats to their lives and those of their families, as they await answers on their visa applications.

Crow, a former Army Ranger who served two tours in Afghanistan, has also set up an evacuation resources page for those currently at risk in Afghanistan. He also urged President Joe Biden in a letter to “evacuate all who are eligible at the Kabul airport” and to coordinate those evacuations with non-governmental organizations.

“America has a moral obligation to ensure the safe, secure, and humane passage to a new home, and to welcome these friends and partners with open arms,” according to the letter.

Other members of Congress from Pennsylvania also have weighed in.

“The men and women of our military, working with our diplomats and development professionals, have done something extraordinary over the past two weeks: executing one of the largest airlifts in history in dangerous conditions with a deadline looming,” U.S. Rep. Chrissy Houlahan, D-6th District, a veteran, tweeted last week.  On Monday, the suburban Philadelphia lawmaker followed that up with a single sentence: “The last U.S. troops have departed Afghanistan.”

“It’s been a heartbreaking week for our country — and it is difficult to search for words to convey this sorrow. We will not forget the sacrifice of these 11 Marines, one Navy soldier, and one Army soldier. My prayers are with their families, friends, and loved ones,” U.S. Rep. Madeleine Dean, D-4th District, wrote on Twitter.

During evacuations for the past several weeks, thousands of Afghans have arrived in Maryland and at the Fort Lee military base in Virginia. Refugees also began arriving in Philadelphia last week. In a statement, Pennsylvania Gov. Tom Wolf said the commonwealth was ready to be a “welcoming home” for the evacuees.

In change of heart, Wolf to order K-12 mask mandate in Pa.