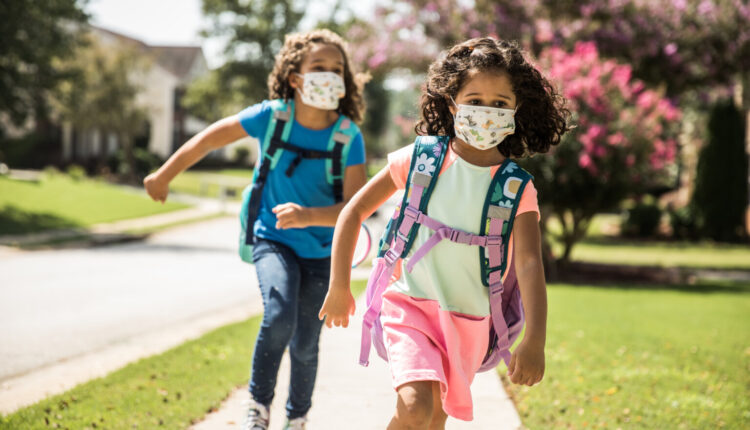 In change of heart, Wolf to order K-12 mask mandate in Pa.

This breaking story will be updated with additional details

Pennsylvania Gov. Tom Wolf is set to announce a new mask mandate for students from kindergarten to 12th grade on Tuesday afternoon.

The news was first reported by the Associated Press. Two Capital-Star sources familiar with the announcement confirmed the plans. The order will start Tuesday, Sept. 7, the first day of classes after Labor Day weekend.

The move is a reversal from Wolf’s earlier stance. The Democratic governor said earlier this month that it was up to school districts to mandate masks, and pushed back on the idea that his administration would do anything more than offer guidelines.

He also bluntly told a reporter “no,” when he was asked about imposing any broad, new statewide mask or vaccine mandate on Aug. 10.

But Wolf  has also been criticized by concerned parents and education advocates for his stance. In a letter sent to him Monday, the Philadelphia-based Education Law Center argued a mask mandate would protect the health of all students, particularly those with disabilities.

As such, a mandate could be legally justified under federal law protecting students with disabilities, the Education Law Center said.

“Children with disabilities are often more susceptible to infection and at higher risk for severe illness and therefore may not be able to attend public school in the absence of a mask mandate,” the letter argued. It was co-signed by a number of grassroots education and activism groups, as well as the state’s two largest teachers unions.

The announcement also comes after a year-long battle over pandemic response, which prompted the Republican-controlled Legislature to advance a constitutional change curtailing the governor’s emergency response powers. Voters approved the change in the May primary.

Earlier this summer, Wolf also vetoed a bill that would ban public and private colleges, school districts, and government agencies from requiring a COVID-19 vaccine to access services. The bill also would have prohibited the secretary of health from unilaterally enacting statewide shutdowns or stay-at-home orders.

During a Senate Education Committee Hearing in August, acting state Health Secretary Alison Beam alluded to potential backlash from the Legislature if the Health Department enacted another mandate, testifying that lawmakers have put the department “in a difficult spot” for emergency response.

Earlier this month, Wolf asked House and Senate leadership to reconvene in Harrisburg to immediately pass legislation to require masking in schools, citing a rise in case counts and schoolchildren who aren’t eligible for a vaccine.

The American Academy of Pediatrics, which represents doctors who specialize in children’s health, and the Pennsylvania State Education Association, the state’s largest teacher’s union, support universal masking for those older than 2. They’ve argued that it’s the safest way to maintain in-person learning.