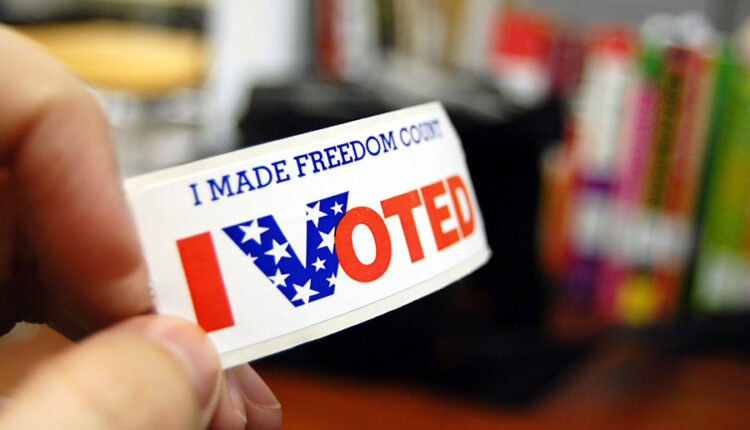 After the 2020 election, several Republican-controlled states enacted legislation giving state legislatures more control over the selection and certification of Presidential electors. For example, a new election law in Georgia gives the state legislature the right to suspend county election officials and to name the chair of the state Election Board.

And on Tuesday, Texas’ majority-GOP Legislature passed a bill further tightening what already were the nation’s strictest voting rules, the New York Times and other outlets reported.

Critics sounded the alarm that Republicans were planning to steal the 2024 election by refusing to certify electors pledged to a Democrat who won that state’s presidential vote and to substitute instead a Republican slate of electors.

The compact would reverse the outcome of some of these state elections.

The way the compact works is that a state legislature, which under Article II, Section 1 of the Constitution, has plenary power to choose the manner of appointing presidential electors, enacts legislation directing that the “certifying official of each member state shall certify the appointment in that official’s own state of the elector slate nominated in that state in association with the national popular vote winner.” It goes into effect once states representing a majority in the Electoral College join it.

So far, the compact has been enacted by 15 state legislatures and the District of Columbia. It is still short of a majority.

Why should a state legislature have the authority to negate the will of the people of that state? Just imagine how Trump voters would have felt in 2016 if their votes had been ignored and electors for Hillary Clinton substituted. Yes, this would have been done in the name of democracy. But it would not have reflected democracy in Pennsylvania.

Trump voters would have rightly said, we didn’t get to vote on whether to have our voices cancelled.

The compact relies on the worst aspect of the current Electoral College structure—the power of a state legislature to enact legislation that ignores the will of the people voting in that state and substitutes another mechanism to reverse their decision. It is the same authority that would allow a legislature to substitute the electors of the losing candidate if the legislature found voting fraud.

We now know, from experience since the 2020 election, that state legislatures do not always reflect the will of the people, but sometimes reflect the interests of the majority party.

The process of enactment of the compact, where it has been ratified, has not reflected the direct democracy it purports to empower. The people of those states had no say at all. This is why some Governors have vetoed legislation enacting the Compact.

You have to wonder why the compact did not provide that a state legislature would call for a statewide vote on the question of whether to join the compact. At least then, one could answer the disgruntled Trump supporter in 2016 that the people had voted to treat Presidential election votes in this way.

It is not certain that the people of each of the states joining the compact would have endorsed it in a statewide vote. It is really questionable whether the voters in Pennsylvania would do so.

The original creators of the compact, which was designed in 2006 by computer scientist John Koza, meant well. But they did not anticipate the bitterness of today’s partisan divisions. If millions of Americans currently believe that Joe Biden is not legitimately President on the basis of imaginary voting fraud, just think of the reaction if Biden had been elected by electors who did not reflect the vote in their states.

And if Republicans in Congress objected to electors in 2020, for really no reason at all, imagine what the certification process would have looked like if Biden had been elected through the workings of the compact.

I am not defending the state-centric voting system of the current Electoral College system. But it usually does result in the winner of the national popular vote becoming president, as it did in 2020.

Plus, the need under the current system to assemble a coalition of disparate states to win a presidential election, rather than just relying on outsized majorities in New York and California, has advantages. It meant that the Democratic Party was forced in 2020 to build a working majority in the swing states of Arizona, Georgia, Michigan, Pennsylvania and Wisconsin. This ensured that the Party was more representative of national will than a coastal focused Democratic Party would be.

In addition, the compact does not change the state representative structure of the U.S. Senate. A political party that wins only the national vote, but does not attempt to win individual states, is not likely to elect a majority in the Senate.

That might mean the compact, by directing a political party to concentrate on running up the largest possible majorities where the party is already popular, might have the unintended consequence of ensuring divided government and congressional deadlock.

At least until we can be certain that this result is what the people of each affected state really want, the compact should not be adopted.

Opinion contributor Bruce Ledewitz teaches constitutional law at Duquesne University Law School in Pittsburgh. His work appears biweekly on the Capital-Star’s Commentary Page. Listen to his podcast, “Bends Toward Justice” here. His forthcoming book, “The Universe Is On Our Side: Restoring Faith in American Public Life,” will be published in October. His opinions do not represent the position of Duquesne University Law School.