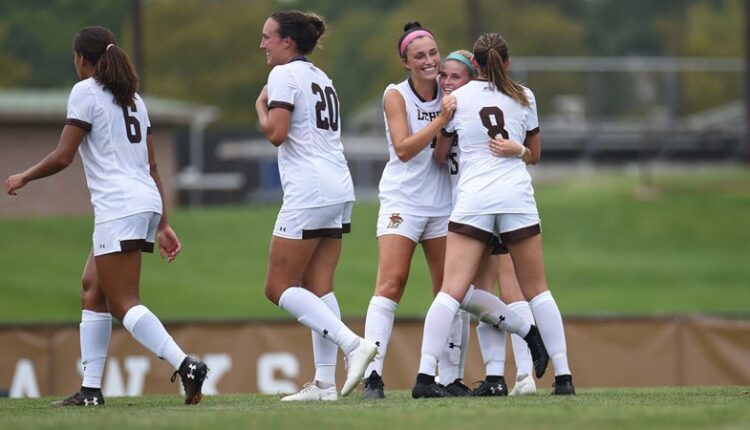 BETHLEHEM PA. – After an impressive performance and a 2-1 win over Siena on Sunday, the Lehigh women’s soccer team is due for a showdown on Thursday evening at St. John’s. The opening start in Queens is 7 p.m. on ESPN3. The Mountain Hawks and Red Storm will only face each other for the second time in program history, the last time in 2017 – a 2-1 win for Lehigh on the road.

Lehigh got off to a quick start on Sunday against reigning MAAC Champion Siena as Senior Courtney Supp in 19th. The defense of the Mountain Hawks only allowed a shot on goal after 61:58 and the offense had more options, which forced Siena’s goalkeeper to make three saves in the time span of 2:26 between 75:34 and 78:00. The Saints scored with a sharp shot with just over a minute to go, but Lehigh held out the win easily in the very first encounter between the two programs.

In goal, Violette Bonvallet made her first career start in the second year, playing with three saves every 90 minutes. Meanwhile, both Keefe and Schaller (who also met at Drexel on Thursday) received an honorable mention on the Patriot League’s academic list of honor.

St. John’s has got off to a strong start this season, standing 2-0-1 with a 3-0 win over NJIT, a 5-0 win over Saint Joseph’s and a 3-3 draw against Columbia. The Red Storm was ranked sixth in Big East’s preseason poll. Preseason Big East Offensive Player of the Year Zsani Kajan got off to a strong start to the season; When she entered last weekend, she led the nation on goals and now has seven goals and 14 points. Kajan scored two, three and then two goals in her first three games. Samantha Gordon is second on the team with two goals and four points. Naya Lipkens started all three games in goal, recording 0.99 goals against the average and 72.7 percentages.

Lehigh won the only previous duel against Red Storm 2-1 on September 10, 2017. Kayla Arestivo scored in the eighth minute, St. Johns scored tied, but Annika Jansa shot a penalty in the 50th minute – ahead and game-winning Target.

After Thursday’s competition, the Mountain Hawks will be back in action next Thursday when they host Wagner at 7 p.m. on ESPN +.