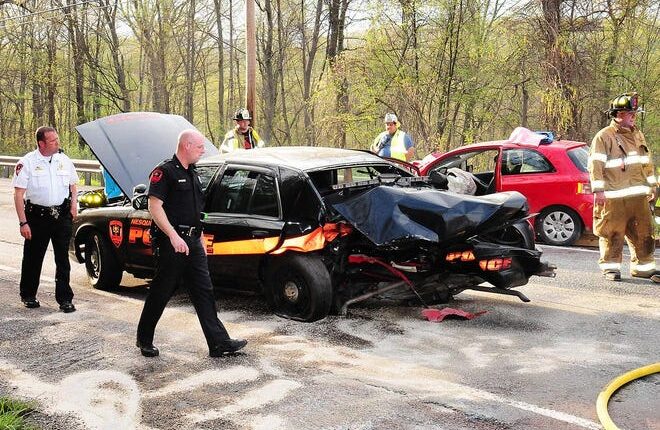 A man with a revoked driver’s license fled the police in 2010. He lost control of the car along a road in Lehigh Township and fell, killing his pregnant wife in the passenger seat next to him.

Less than a year later, in Effort, another man with a revoked driver’s license led the police in a car chase that resulted in a fatal head-on collision with a 29-year-old woman. In 2014, a Carbon County official drove more than 110 mph to catch a driver doing an illegal pass. The officer crashed into the car of 69-year-old Carola Sauers, killed her and seriously injured her husband.

Related:The nuanced conversation about the police shooting into moving cars

In northeastern Pennsylvania, stories of fatal chases occasionally crop up: at least seven in Monroe, three in Carbon, and two in Wayne County since 2000. Far more of these car chases have non-fatal, but often serious, consequences, including injuries to bystanders and property damage (in Pennsylvania alone worth more than $ 4 million last year).

The US Department of Justice described the 1990 chases as “the most dangerous of all normal police activity” and called on the authorities to establish stricter guidelines on when officers can and cannot pursue an escaping suspect. Decades later, hundreds of police chases still take place across the state. Most stem from minor violations, like driving over the speed limit or illegally changing lanes, and only about halfway through arresting a suspect, according to the Pennsylvania State Police.

The Pocono Record analyzed data from the state’s police reporting system to understand the nature of police pursuits in Monroe, Carbon, Wayne, and Pike counties between 2015 and 2021. Here is what we learned.

Most started for minor offenses.

More than half of all police chases began with traffic violations such as speeding, failing to stop at a stop sign, making an illegal U-turn, or driving with an expired driver’s license. This way, more car chases began than all other crimes combined.

People suspected of being drunk driving were the second leading cause of persecution, followed by crimes and misdemeanors. Criminal offenses and stolen cars are shackled and cause only about 5% of all persecutions.

About a third caused a crash.

On average, police chases caused car accidents about 30% of all cases. The percentage of crashes varies on a nationwide basis, reaching up to 35% in Carbon County and only 21% in Pike.

Of the 79 people injured in police car chases, five were from Counties Monroe and Carbon. Wayne and Pike counties have not reported any spectator or passenger injuries since 2015.

Suspects are much more likely to be injured in police chases, accounting for nearly 80% of all chase-related injuries since 2015.

The car chases caused approximately $ 560,000 in property damage – spectators and police pay the most.

Police and bystanders have caused more than $ 300,000 in property damage in the four counties since 2015.

Wayne is the only district where bystanders have caused less than a thousand dollars in property damage in the past six years.

The police caught around 70% of the suspects

Suspects were released about 30% of the time, a statistic in line with the national average for 2019. Some of these car chases were voluntarily ended by the police; others ended when suspects successfully escaped police on foot or in their cars.

Chases are more common in all counties but one.

The number of persecutions in Counties Monroe and Pike has more than tripled since 2012. In carbon it is more than ten times what it used to be. Wayne is the only district that has not reported a significant increase in police prosecutions.

Most recently, Stroud regional police officers chased a man suspected on August 1 of pointing a gun at another driver in a Wendy’s parking lot.

Car chases like these through densely populated areas are worrying if they come at the cost of public safety. Experts say the potential for property damage, as well as injuries and deaths for the police and the public, must be weighed in deciding whether or not to prosecute a suspect, most of whom did not commit a crime or crime.

“Could this person have been captured peacefully without endangering the public with a chase?” Asked Holona Ochs, associate professor in the Department of Political Science at Lehigh University. “This is an example of something we can learn from so that we can figure out the safest possible way to capture people who pose a threat to the public.”

Hannah Phillips is the Public Safety Reporter for Pocono Record. You can reach her at [email protected]