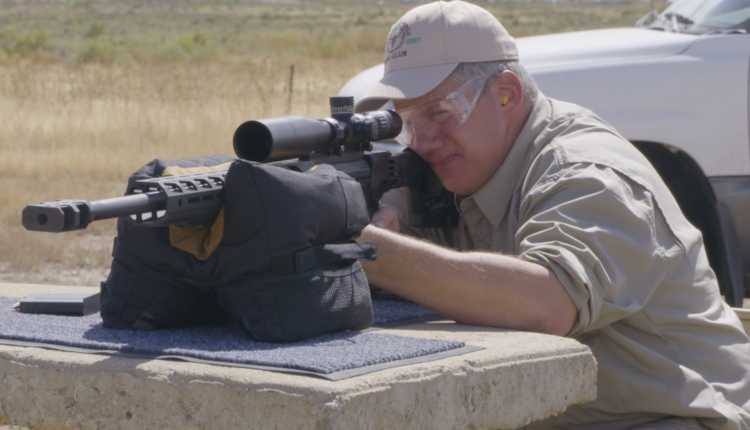 It’s not hard to find photos of each one of the three Republicans in Colorado’s congressional delegation posing with guns.

The images aren’t just out there on the internet — the members want you to see them. They released them as part of campaigns or policy statements. The discouraging implication is that they assume such posturing will resonate with a substantial portion of their base.

They’re hardly alone. Many conservatives suffer from a compulsion to be photographed shooting, brandishing or fondling firearms. It’s looney. But it also contributes, in ways that don’t get enough attention, to the epidemic of gun violence in America.

Last month, five people were killed as a result of the latest paroxysm of gun violence in Colorado, a state where bullets have claimed so many lives it occupies a special place of shame in the national gun debate. A man went on a killing spree that started at Sol Tribe Custom Tattoo and Body Piercing in Denver and ended at the Belmar shopping district in Lakewood.

In a healthy society, such a heinous act of violence would be extraordinary. But our society is sick, and such violence is routine.

The shooting in Denver might have been the worst single act of gun violence in America that day, but it was nowhere near the only one — there were victims in more than 20 other cities. During a single week in November, nine high school students were shot in two incidents in Aurora. In March, a gunman killed 10 people in a Boulder grocery store.

There have been more than 20,000 non-suicide gun deaths throughout the country in 2021, according to the Gun Violence Archive. That’s the most in at least seven years.

A major incident of gun violence is often accompanied, along with thoughts-and-prayers pablum, by calls for new laws. While legislative reform will be central to any anti-gun violence solution — including repeal of the Second Amendment, which in modern times does much more harm than good — we must also recognize how gun glorification on the right whets the country’s appetite for slaughter.

U.S. Rep. Lauren Boebert, R-Colo., tweeted a photo of herself with her four boys, who are brandishing assault weapons, in front of a Christmas tree on Dec. 7, 2021. (Lauren Boebert Twitter)

In December, U.S. Rep. Lauren Boebert, R-Colo., posted a Christmas-themed photo of herself with her four boys, who were brandishing assault weapons. The youngest is 8. Fetishization of guns is the main theme of Boebert’s political persona (not unrelated to sedition being the main theme of her political identity).

Boebert might take Second Amendment zeal to buffoonish extremes, but she typifies the childish proclivity of conservatives who are desperate for people to see them shooting things. The climax of a campaign ad that U.S. Rep. Rep. Ken Buck released last year, when he still doubled as the chairman of the Colorado GOP, shows the congressman firing a semi-automatic rifle at a target.

Constituents can find pictures on U.S. Rep. Doug Lamborn’s official government website of the lawmaker squeezing off rounds at the Magnum Shooting Center in Colorado Springs. The election-denying state Rep. Ron Hanks launched his U.S. Senate campaign in October with a video of him firing a rifle at a fake voting machine, which explodes.

Around the country there is no shortage of elected gun nuts gun-nutting for the camera. U.S. Rep. Majorie Taylor Greene of Georgia, U.S. Rep. Madison Cawthorn of North Carolina, U.S. Sen. Ted Cruz of Texas and many others have demonstrated an inability to resist the urge to strut with weapons.

If you prefer to live in a safe community, and want to appear strong — not playground strong, but actually strong — leave the camera at home.

What these extremists fail to grasp is how weak such posing makes them appear.

People who are confident in their strength don’t need to peacock. An elected official posing with a weapon is a micro version of a military parade — if you’re tempted to be impressed when a member of Congress showboats with a firearm, just think of Kim Jong-Un.

But as silly as these leaders make themselves look, the message they send is dangerous. When elected officials extol instruments of death, they reinforce strains of violence in the country’s political culture and encourage lethal aggression. It’s easy for most Americans when they see gun cosplay from their leaders to laugh it off as the antics of children.

But disturbed and aggrieved viewers will derive inspiration from such displays, with bloodshed too readily the result. It’s still unclear what motivated the shooter on Monday, but initial indications are that he espoused far-right political hatred, and it’s reasonable to suppose that right-wing celebration of firearms helped clear space for his murderous rampage.

If you feel you need it for personal protection, go ahead and carry a gun. If spraying bullets into a target makes you feel tough, no one’s stopping you.

But if you prefer to live in a safe community, and want to appear strong — not playground strong, but actually strong — leave the camera at home.

Quentin Young is the editor of Colorado Newsline, a sibling site of the , where this column first appeared.