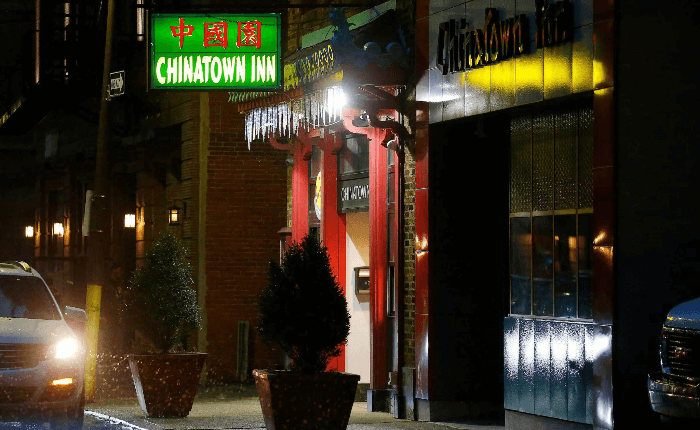 PITTSBURGH —  It can be difficult to track down information about Pittsburgh’s Chinatown. Most of the Downtown buildings no longer exist, and many of the people who once lived there left Pittsburgh as the community was destroyed to make room for the construction of the Boulevard of the Allies.

OCA Pittsburgh is raising $7,000 on GoFundMe to complete the bronze plaque to commemorate Pittsburgh’s Chinatown.

Pittsburgh’s Chinatown began in the late 1800s when about 300 Chinese laborers were brought in to break a strike at Beaver Falls Cutlery Factory. Many made their way to Pittsburgh after their contracts ended, and as Pittsburgh’s Chinatown developed, Chinese residents opened restaurants and laundries, as well as herbal remedy shops, gift shops, and grocery markets.

The Hip Sing and On Leong, two fraternal societies that had branches in other cities across the U.S., served local Chinese residents and maintained a rivalry that led to territory disputes, although the two organizations later mixed. Chinatown Inn, one of the last vestiges of Pittsburgh’s Chinatown, is in the former On Leong Labor and Merchants Association building.

The GoFundMe, which was created May 25, has raised $2,595 of its $7,000 goal as of July 8. This is the OCA’s fourth attempt to receive historical landmark designation in 12 years, and according to the GoFundMe description, they plan to have an in-person designation ceremony in September. The ceremony adds $2,000 to the $5,000 necessary for the completion of the plaque made to state’s specifications describing the designation.

“We hoped to make it a big deal, and so wanted to have the performers and speakers there be paid an honorarium for their expertise, as they rightfully deserve,” OCA Pittsburgh president Marian Mei-Ling Lien said.

Kimberly Rooney is a reporter for Pittsburgh City Paper, where this story first appeared.