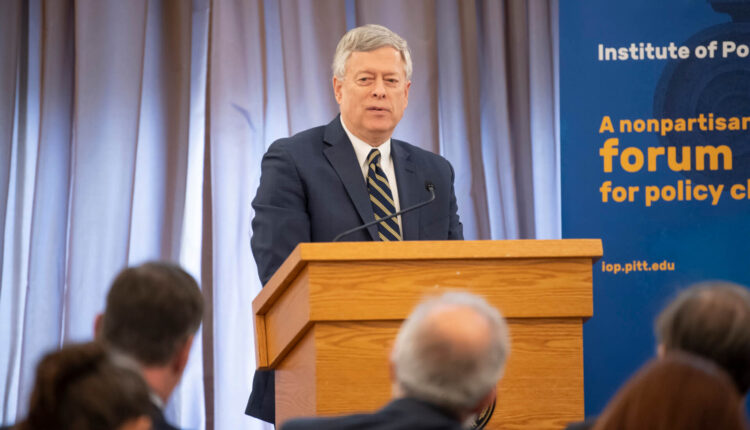 Despite a decade’s worth of work by advocates, Pennsylvania lawmakers have failed to pass any changes to the state’s redistricting process since the state’s opaque 2011 process created a jagged and biased set of political maps.

The bulk of their efforts, to pass a constitutional amendment to replace politicians with an independent commission to draw the maps, came up short.

“It’s been a long and winding road, there’s more than a little frustration that we couldn’t codify this in statute,” David Thornburgh of the Philadelphia good government group, the Committee of Seventy, told the Capital-Star.

Elected officials will, once again, hold all the power as the state goes through another decennial remapping of Pennsylvania’s legislative and congressional district boundaries. But advocates see some signs of hope that the political reality of divided government, plus increased public interest, may still let Pennsylvanians vote on maps without political bias.

In practice, Pennsylvanians will be able to participate in perhaps more than a dozen hearings on their congressional and legislative maps in the coming months, as well as submit their own maps online.

Thornburgh said the hearings show a “handshake agreement,” between lawmakers and advocates, accomplishing “some welcome, but relatively modest, process improvements.”

But it is still too early to tell if Republicans’ self-styled “most transparent redistricting process ever” turns into a fair result.

Lawmakers must redraw Pennsylvania’s 253 state legislative districts and the state’s now 17 congressional districts this fall to match shifting populations in the process known as redistricting.

Those two processes are handled differently. The maps for the state House and Senate will be drawn by the Legislative Reapportionment Commission, which is made up of four legislative leaders representing House and Senate Republicans and Democrats, plus an independent chairperson.

The congressional map is drawn by the Legislature itself, which must then pass the map as a bill. The governor then has a chance to sign or veto the map.

Among the chief differences between 2011 and 2021, advocates say, is split party control. Republicans controlled the governor’s office, the Legislature, and the state Supreme Court during the last remapping a decade ago.

But Democratic Gov. Tom Wolf has been in office since 2015, and justices elected as Democrats have made up a majority on the state Supreme Court since 2016.

This gives Democrats leverage in both processes. Wolf will have the final say on the congressional map, while the high court chose the legislative commission’s chair when the leaders gridlocked on their fifth member.

In May, the high court tapped Mark Nordenberg, a former law professor and chancellor of the University of Pittsburgh, to head the legislative commission. Democrats, Republicans and activists have noted Nordenberg’s thoughtful and impartial demeanor.

Nordenberg also hired his own mapper, Carnegie Mellon University post-doctoral fellow Jonathan Cervas, to advise him and the commission on maps submitted by citizens. Cervas’ hire was unanimously approved by the commission Tuesday.

Normally, the chair serves only as a tiebreaker, deciding between maps designed by Democrats or Republicans. But the hiring of his own mapper, Capitol insiders say, hints that Nordenberg could take a more active role in the mapping process.

Carol Kuniholm, executive director of the good government group, Fair Districts PA, told the Capital-Star that she hoped Nordenberg, using his post independent of the Legislature, would be an objective voice on the state House and Senate district lines.

“We believe he needs to be a strong voice for a fair map, rather than the deciding vote for a partisan map,” Kuniholm said.

It’s still unclear how expansive a role Nordenberg will play.

Nordenberg told reporters Tuesday after a commission meeting he wanted Cervas to judge how well citizen-submitted maps conform to the state’s legal standards. Cervas also could help Nordenberg propose compromises between the parties, he added.

Nordenberg said his intention is “not to wrest control of the mapping process,” and put it in his and Cervas’ hands. “I do think this should be a collaborative process,” Nordenberg said.

But as he expected a record number of citizen map submissions, owing to increasing citizen access to redistricting software, he wanted an expert to help him understand citizen’s submissions.

We tried drawing our own Pa. congressional maps. Here’s what we came up with

This increased interest can also be seen in the Legislature’s plan for congressional maps.

On Monday, House State Government Committee Chairman Seth Grove, R-York, held a press conference announcing a slate of eight hearings across the commonwealth to seek input on the congressional maps. Republicans called it the start of the most transparent redistricting process in state history.

It will be a far cry from 2011. That year, Pennsylvania’s new congressional map was drawn in secret and went from its first committee vote to then-Republican Gov. Tom Corbett’s desk in 12 days.

The state Supreme Court ended up tossing that map, ruling that it was unconstitutionally biased in favor of the GOP. The court then drew its own map, which changed Pennsylvania’s congressional delegation from 13-5 GOP to evenly split 9-9.

It’s similarly unclear whether Wolf and the GOP-controlled Legislature, who have clashed in recent months over his executive powers and voting rights, will be able to work together. But failing to act will hand the power of the pen to the court again.

“We are constitutionally mandated to get this done, so I think it’s in all our best interest to work together,” Grove said.

The state expects to receive preliminary census data by mid-August. And Grove said he hoped to finish the 17 district congressional map by December.

The Department of State told the Legislative Reapportionment Commission at a hearing Tuesday that a new map of 253 legislative districts needed to be finished by January 24, 2022 to allow for a May 2022 primary.

The other option is the state uses its old legislative maps in the 2022 election. That occurred in 2012 when the state Supreme Court tossed out the commission’s first map.

The timing of the legislative commissions’ hearings are still to be decided. Nordenberg expressed optimism that technology would help bridge the gap between the public and their maps.

Salewa Ogunmefun, executive director of Pennsylvania Voice, a group that works to build an inclusive democracy, told the Capital-Star that she wanted at least five hearings to be held before fall.

She also wanted hearings to be held outside of normal working hours for everyday people.

By increasing the public access to redistricting, Ogunmefun said, she hoped to empower Black, Latino and Asian communities to have a bigger seat at the table in the Legislature — and a bigger say in critical legislative debates.

“I wish I had started this, like, five years ago,” Ogunmefun told the Capital-Star. “But on our end, we’re going to do everything we can to make redistricting as popular as voting is.”

As Congress Wrestles With Plans to Expand Medicare, Becerra Says Any One Will Do