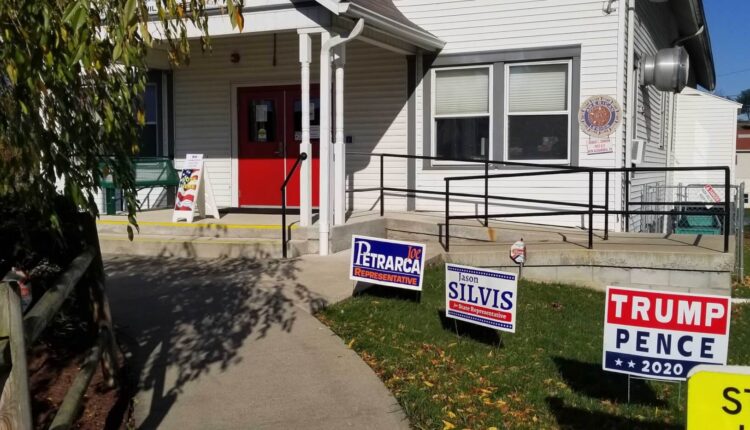 With the first anniversary of the Jan. 6 insurrection at the U.S. Capitol barely in the rearview mirror, it makes sense that policymakers are looking to improve the arcane process the United States uses to pick its commander-in-chief.

On Capitol Hill, Democratic lawmakers and wonks across the spectrum are eyeing reforms to the Electoral Count Act, the 140-year-old law that tells Congress what to do in the event of a dispute over a state’s election results.

Writing in the Washington Post on Wednesday, a group of scholars, spanning the ideological spectrum, pressed the case for those reforms, arguing that the premise of any reform should be based on the assumption that “Congress is not a national recount board, or a court for litigating the outcome of presidential elections. It is not the role of Congress to revisit a state’s popular vote tally.”

Speaking of the popular vote …

A Philadelphia lawmaker, joined by a number of his Democratic colleagues, is pushing a bill that would allow the state to sidestep the Electoral College and just declare a winner based on the results of the popular vote.

“We need to ensure that the voice of the people is heard, and that no election official can bow to public pressure to change the results of an election,” state Rep. Chris Rabb said of the effort to put Pennsylvania into the company of the 15 states and Washington D.C. who have agreed to such a change.

“We must defer to the collective will of voters irrespective of the victor’s party affiliation and uphold our constitutional imperative with rigor and integrity,” Rabb continued.

Right now, the 15 states that make up the emerging compact comprise 195 of the 270 electoral votes needed to elect the president through the Electoral College. Pennsylvania currently has 20 electoral college votes (a tally that will drop to 19 in 2024 because of redistricting).

That leaves a difference, based on current numbers, of 75 electoral votes (or 76 by 2024) before such a change could have legal force, Rabb said in a statement his office released Thursday.

(l-r): Mike Koval and Ryan Patrick outside the a polling place in Campbelltown (Capital-Star photo by Cassie Miller).

As you might expect, the question of whether to scrap the Electoral College is a deeply divisive one, with at least one expert predicting that it’s “doomed” to failure if even one state rejects plurality voting for president, as is the case in Maine, which uses ranked-choice voting.

In a Sept. 2, 2021 column for the Capital-Star, Bruce Ledewitz, a constitutional law professor at Duquesne University Law School in Pittsburgh, raised another flaw in the popular vote movement, arguing that it would negate the will of voters who’d supported the winner of their state’s electoral college vote.

“If the compact had been in effect in Pennsylvania in 2016, the secretary of state would have certified the electors for Hillary Clinton, even though Donald Trump won the popular vote for president in Pennsylvania, because Clinton won the national popular vote,” Ledewitz wrote. “If a couple of other Trump states had also joined the compact, Clinton would have become president.”

In an answering op-Ed, Brock Haussamen, a retired community college professor from New Jersey who volunteered at the time for the popular vote movement, said that the method was the most direct form of democracy available.

“We – Americans generally – like electing our state governors by popular vote. But gubernatorial elections were not originally carried out this way,” he wrote. “Most governors early on were elected by their state legislatures. In 1787, only five New England states held popular elections for governor.”

Then, “over the next half-century, all other states switched over, one by one. Governors are chief executives for their states much as the president is chief executive for the nation,” Haussamen observed.

Rabb offered a similar sentiment in the statement his office released Thursday, casting it against the one-year anniversary of the Jan. 6 uprising.

“The decision about who should become our commander in chief should be decided by the majority of Americans who exercise their right to vote and cast their ballots for the candidate of their choice, not by violence from an angry mob who seeks to suppress democracy for its own purposes,” he said.

Our Stuff.
The chair of Pennsylvania’s legislative redistricting commission has forcefully pushed back against Republican claims that he’s biased against them, Stephen Caruso reports.

State environmental officials Wednesday outlined a revised plan to meet ‘100 percent’ of their pollution reduction goals for the Chesapeake Bay Watershed by a federally mandated deadline in 2025, albeit with a few conditions, Cassie Miller reports.

President Joe Biden on Thursday warned of the dangers of a collapse of American democracy, standing in a historic chamber in the U.S. Capitol that was besieged by an angry mob of pro-Trump supporters who attempted to halt the certification of the 2020 presidential election, Capital-Star Washington Reporter Ariana Figueroa reports.

Pittsburgh-area politicians remembered Jan. 6 as an ‘insurrection,’ and warned of danger ahead, our partners at Pittsburgh City Paper report.

In Philadelphia, intervention teams offer a unique way to fight the city’s gun violence scourge, our partners at the Philadelphia Tribune report.

On our Commentary Page this morning: If the point of the Jan. 6 insurrection was to establish that a significant portion of the country is done with democracy, it succeeded. So what happens next? Quentin Young, of our sibling site, Colorado Newsline, takes up the question. And Pennsylvania Republicans are planning a redistricting redo in time for the 2024 election, Patrick Beaty, of FairDistricts Pa. writes.

Elsewhere.
The Inquirer looks at some of the political changes that will soon be hitting northeast Philadelphia.

An oversight board says Allegheny County Jail is violating its ban on solitary confinement, the Post-Gazette reports.

Elizabethtown and Franklin & Marshall Colleges have pushed back in-person instruction because of the pandemic, LancasterOnline reports.

WHYY-FM looks at how Philly’s arts organizations are surviving the pandemic.

Mount Nittany Medical Center in Centre County suspended some medical procedures through Jan. 5. The Centre Daily Times looks at whether they are resuming.

Gannon University in Erie has delayed the start of spring semester by one week because of the pandemic, GoErie reports.

Washington City Council is in the market for a new city administrator, the Observer-Reporter reports.

Stateline.org looks at the push to ban natural gas as a way to curb greenhouse emissions.

What Goes On
The Legislative Reapportionment Commission holds public hearings at 9 a.m. and 1 p.m. in Hearing Room 1 of the North Office Building on this year’s proposed legislative maps.

WolfWatch
Gov. Tom Wolf has no public schedule today.
Heavy Rotation
Here’s one from Inhaler to round out the working week. It’s ‘Cheer Up, Baby.’

California Ballot Will Be Heavy on Health Care