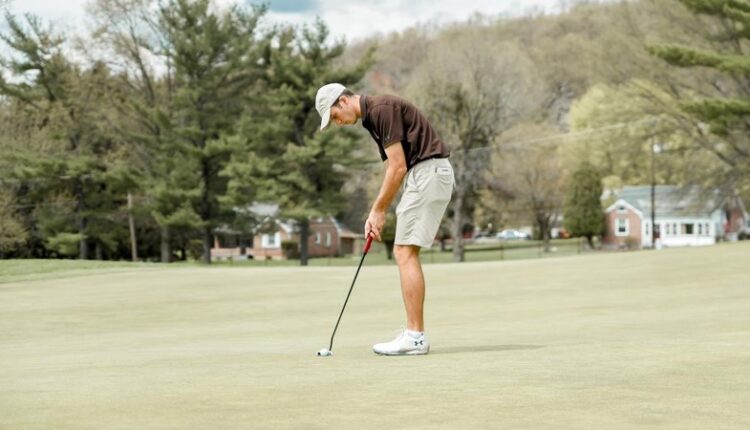 BETHLEHEM, PA. – Owen Quinn, senior fifth year of the Lehigh men’s golf team, has been inducted into the Academic All-Patriot League team, announced Tuesday. This is the third career award for Quinn, who was a leader on and off the course for the Mountain Hawks during his five-year Lehigh career.

To qualify for the Academic All-Patriot League team, an athlete must have a cumulative grade point average of at least 3.20 and be a starter or key player in their sport. Freshmen or students in their first year of school at their school are not entitled to the award. The team is elected by the league’s sports information directors.

In addition to a three-time All-League Academic Award winner, Quinn is a four-year Patriot League Academic Honor Roll member and has been awarded a Srixon / Cleveland Golf All-America Scholarship twice. Quinn graduated with a GPA degree in accounting and finance of 3.77 last May. He spent his fifth year on a Masters Degree in Technical Entrepreneurship, where he currently has a GPA of 3.98.

At Lehigh’s call for the Student-Athlete Awards on May 10, Quinn won the Lehigh Athletics Department’s Sportsmanship Award and was named a finalist for the John A. Cable Graduating Male Leadership Award.

Quinn played all nine rounds of competition for the Mountain Hawks that spring, averaging 75.67. His top performance was at Lafayette’s ABARTA Collegiate Invitational, where he finished 12th with 147 (76-71). Quinn finished 33rd in the Patriot League Championship.

A native of Holden, Mass., Holds an impressive average of 74.625 for the Mountain Hawks. Quinn won two tournaments in his career, the 2016 Matthews Auto Collegiate Invitational and the 2018 Lehigh Invitational.

Lafayette’s Brendan Cronin was named Scholarly Athlete of the Year in Men’s Golf.