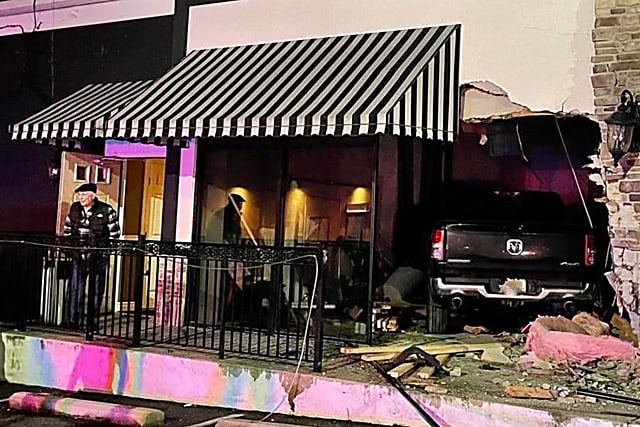 ‘No Brakes,’ Says Driver, 71, Whose Pickup Plowed Into NJ Restaurant

TO UPDATE: A driver whose pickup hit the wall of a restaurant in East Rutherford earlier in the New Year told police his brakes had failed.

The Dodge Ram drove straight through the wall across the street from the parking lot of Al Di La, a restaurant and banquet hall on Hoboken Road between Paterson Avenue and Enoch Streets, at around 2:30 a.m. on Saturday.

The driver told police he tried to park when the brakes failed, Taormina said.

The truck then hit a parking bumper and crashed into the pub.

The East Rutherford Building Department, along with a PSE&G crew, responded and deemed the building safe, Taormina said. A contractor had secured the outer wall, he said.

The police are investigating.

Trailblazing scholar heads to the N.J. Assembly with eye on public access