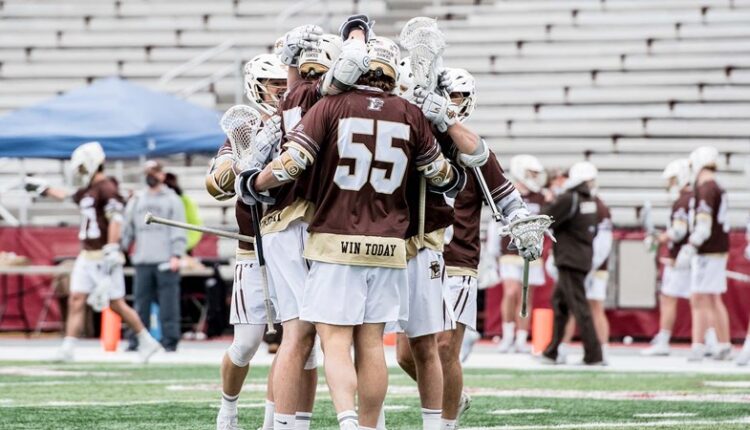 HAMILTON, NY – Colgate even pulled by five in the third quarter, but the Lehigh Men’s No. 10 lacrosse team responded with a 4-0 run of 2-6 (a run that lengthened to 10-1). 2) on the way to a 15-10 win on Sunday. The Mountain Hawks opened the competition on Sunday with four goals in a row as Lehigh took a 15-7 lead in the running game before the Raiders scored three goals in the final three minutes and pulled the last horn within five minutes. The Mountain Hawks improve to 4-0 in the season, 3-0 in the Patriot League ahead of a top 10 match against Army West Point on Saturday.

Mule ‘, Kirst, Schelling and newcomer Scott Cole made Lehigh’s first four goals and a 4-0 lead in the second quarter. The Raiders responded with the next three and five of the next six, even pulling five at the start of the third quarter.

How did he rate that ?! Scott Cole with the TOUGH groundball then finds the back of the net from a difficult angle. # LaxTop5 # SCTop10 # PLTop3

Then the Mountain Hawks took over. Sidorski, second Justin Tiernan, Schelling and Kirst all scored a goal in just over two minutes. After a Colgate score pulled the Raiders within 10: 6, Lehigh staged another 4-0 run. Schelling started the fourth quarter with his fourth and fifth goals of the afternoon to gain a 13-6 advantage. The lead reached 15-7 after Senior Justin Angelel’s first career goal with 3:10.

Colgate scored three goals in the final with 2:56, but it wasn’t nearly enough when Lehigh scored his sixth straight win over the Raiders.

The Mountain Hawks finished the game 41:35, while the Groundballs were 29. Senior James Spence scored eight saves in the first 56:50 before being replaced by freshman Nick Pecora who scored one. Colgate’s Sean Collins finished the race with 13 stops.

Lehigh will return home for the first time in nearly a month on Saturday as the Mountain Hawks line up Army West Point # 8 on ESPN + at 1pm.

Keegan: ‘Stay true to yourself’ |