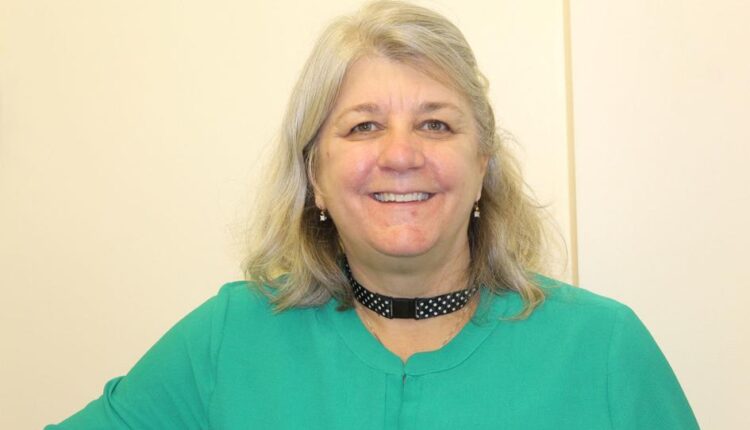 Keegan: ‘Stay true to yourself’ |

MILTON – From a career in the apparel industry to entering education at age 39, Dr. Cathy Keegan tries to always be true to herself.

“If you’re doing the right thing, you’ve got to stay on course,” said Keegan. “Don’t let the noise stop you from doing a good job … Be true to yourself.”

Keegan, who has been Superintendent of the Milton Area School District since 2010, grew up in Coplay, Lehigh Valley.

“I grew up in a family with five children,” said Keegan. “I was the youngest.”

Keegan, a graduate of the Whitehall-Coplay School District, said entering education was a second career for her.

“I entered education when I was 39,” she explained. “Before I was an accountant.”

She worked as an accountant in the clothing industry for a company that imported men’s and women’s clothing from Germany and Hong Kong.

“It was exciting,” said Keegan of her first career. “I’ve worked with people all over the world … I’ve done everything outside of the US … I’ve worked in Allentown.”

A change in the economy caused Keegan to rethink her career path.

“Hit NAFTA,” she said, referring to the North American Free Trade Agreement. “It really slowed production in the US. When I saw things slow down, I went back to school.”

She credits one of her early bosses, the late Irving Bier, for being one of those whom she has encouraged throughout her education and career.

“He was monumental in helping me with my education,” said Keegan.

Keegan had a long passion for reading and writing and studied English.

While her two sons are now adults, Keegan said they were young when she returned to the classroom as a nontraditional student.

She received a bachelor’s degree in English from Cedar Crest College, Allentown.

“Follow your dreams,” said Keegan. “I was 18 years older (than my classmates).”

Although Keegan was older than the other students, she enjoyed the environment in which she studied.

“Being with young people is amazing,” she said. “I didn’t feel like I was facing challenges as an adult student.”

In later years, Keegan received a masters degree from Lehigh University and a doctorate from Immaculata University.

Although Keegan was not a Catholic, his first teaching assignment was at Allentown Central Catholic High School.

“We had mass every Friday,” Keegan recalled. “Hearing 950 students sing is an amazing experience … The student body, they were great kids.”

She then taught in the Northern Lehigh School District before accepting a position at the Carbon Lehigh Intermediate Unit.

Keegan eventually became assistant manager of the intermediate unit, working under her current husband, Bob Keegan. He was the executive director of the unit.

Since her time with him in the intermediate unit, Bob has been one of her greatest supporters.

“Bob really challenged me as an employee in the intermediate unit,” she said. “He encouraged me to continue my education.”

During his studies, Keegan was trained by Dr. Karen Angelo, the former superintendent of the Allentown School District.

“Karen was a strong female leader who was extremely intelligent,” said Keegan. “She was direct. You always knew where you were with her. Karen was almost larger than life and had a heart of gold. (She was) kind, caring, and compassionate, but could and could withstand when needed.

“Allentown is a very diverse community, but Karen was good at navigating between groups of people.”

The opportunity to work hand in hand with fellow educators and students inspired Keegan to accept the position of superintendent in Milton.

“I missed being part of a school community,” she said. “I missed the faculty. I missed seeing students every day. “

When she first came to Milton, there were few other female superintendents in the area.

However, she quickly found her stand.

“I’m honest and straightforward, it served me well,” said Keegan. “I’ve found that being yourself, being honest and being direct works best.”

She feels at home in Milton.

“I really believe I was called here to do the job and be part of this community,” Keegan said.

She said it was “really rewarding” to develop programs to better serve families in the district.

Keegan said the district had worked to tackle food insecurity among students and added full-time school psychologists and social workers to its workforce.

She also praised the district’s partnership with the Milton Police Department. There are two departmental school clerks who work in the Milton Schools every day.

Keegan particularly praised the work of Chief Curt Zettlemoyer, who often offers her words of encouragement.

“There are times this year when the pandemic (COVID-19) has been challenging,” she said. “He said to me: ‘Leaders lead. ‘

“He has this wisdom that comes at the right time for me.”

Keegan said working in the public sector can be challenging.

“Everyone has their own opinion,” she said, adding that trainees need to continue to focus on the fact that they are there for the health, wellbeing and education of students.

Keegan noted that the Milton administrators put a lot of time and effort into developing a health and safety plan following the outbreak of the COVID-19 pandemic.

“The work for us back then was to keep everyone as healthy and safe as possible,” she said.

“I use a lot of data to guide my practices,” said Keegan. “The data doesn’t lie … When I talk to young executives, I tell them so.”

She also noted that she was taking time to reflect on daily events.

For new superintendents entering the field, Keegan recommends finding someone to confide in.

“Find someone you can trust, that you can reveal the feelings you are feeling,” she said. “There are times when you’re a superintendent, it gets really lonely.”

Keegan also advises new superintendents to focus on the students.

She said superintendents in the area covered by the Central Susquehanna Intermediate Unit (CSIU) lean on each other for advice. As a result of the pandemic, weekly virtual meetings were held to allow superintendents to exchange advice and offer encouragement.

“We probably talk every day,” she said.

In the Milton Area School District, Keegan said educators are working to help all students figure out which path to take after graduation.

“I don’t feel bias (against women) in our school system,” she said. “I think our faculty and administration are there for every student.”

Keegan has advice to provide to women entering management positions.

“You have to prove to others that you are a person who embodies integrity and honesty,” she said. “If you keep being honest, people will find out about you.”

Keegan believes she is “justice driven,” which she lists as both a strength and a weakness.

“I believe in the rule of law and justice for all,” she said. “However, when I stand up for justice, I create enemies, which sometimes makes it harder to lead. It’s a careful balance. “

While there are times when Keegan feels like she has to work harder as a female leader, she believes she has always been treated with respect.

When the district faced a mold outbreak in its buildings a few years ago, Keegan was often the only woman involved in meetings with engineers and scientists.

With the borough’s stadium renovation project under investigation in recent months, she was again often the only woman involved in meetings about the project.

“I’ve always been treated with respect,” said Keegan. “I was treated as the same.”

Keegan has two sons and a daughter-in-law, two stepdaughters and stepson, two grandchildren and two stepchildren.