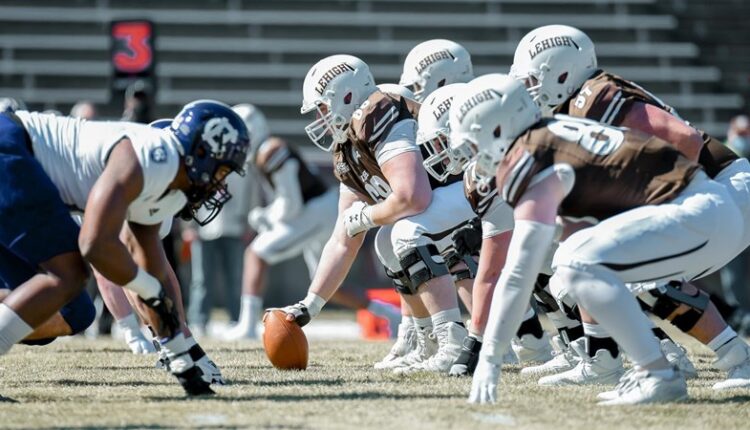 BETHLEHEM, PA. – The Patriot League has announced adjustments to the football schedule for Saturday April 3 and Saturday April 10 to prioritize division games and determine the champions of the North and South Divisions. Lehigh’s originally scheduled game at Lafayette was postponed Tuesday. The Mountain Hawks will instead host Bucknell in a South Division matchup on Saturday. The game time is set at 12 noon at Goodman Stadium.

Saturday’s game will be broadcast locally on Service Electric Network and streamed on ESPN +, while audio will be available on Fox Sports Radio 1230/1320 AM and 94.7 FM Allentown and LVFoxSports.com.

The 156th meeting between Lehigh and Lafayette has been postponed for Saturday, April 10th at Fisher Stadium in Easton. The game time is set at 12:30 p.m.

Elsewhere in the Patriot League, Fordham will greet Colgate as planned in a North Division game at Jack Coffey Field at 4pm. Holy Cross will say goodbye. Lafayette will be out of service due to a positive COVID-19 test within Level 1 of the program.

Lehigh-Lafayette is one of three games scheduled for the Patriot League soccer makeup weekend on April 10th. Colgate will host Holy Cross at Andy Kerr Stadium in a North Division game starting at 5pm. Fordham travels to Bucknell. The playing time will be announced at a later date.

The first Patriot League Football Championship Game is scheduled for Saturday, April 17th. The championship game will be broadcast nationwide on the CBS Sports Network at 2pm

League play continues to depend on the league and its member institutions being able to conduct competitions in a way that protects the health and safety of athletes, coaches, employees and their communities.