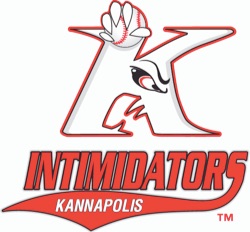 The Kannapolis Initmidators (Low A; Sally League) have made a significant hiring, named Matt Millward as their new managing director. His hiring was announced by Baseball boldness, the new owners of the team,

Millward, 31, brings more than a decade of experience with two of the most successful franchises in minor league baseball to his new position in Kannapolis. A graduate of Penn State University in Bethlehem, Pennsylvania, graduated in business administration while working in ticket sales for the Lehigh Valley IronPigs (Class AAA; International League). During this time, the IronPigs opened a new baseball field.

Millward moved to the Carolinas in 2010 to get an opportunity with the Charlotte Knights (Class AAA; International League). When Millward joined the Knights, the team was still calling Knights Stadium in Fort Mill, SC at home. He played a role in strategic planning for the move to the BB&T Ballpark in Uptown Charlotte in 2014 and eventually rose to become the club’s vice president of ticket sales and operations. His efforts contributed to the Knights’ status as the MiLB leader, who has been present for four of the last five seasons.

“After a nationwide search, we found the ideal professional to lead our team into a new era of Kannapolis baseball,” said Temerity Baseball President & CEO Andy Sandler. “Matt’s energy and passion for a first class fan experience will take the team to new heights. ”

Millward will be tasked with running the team’s day-to-day operations in 2019 and making the transition to the new sports and entertainment venue in downtown Kannapolis, due to open in 2020.

“Through a combination of imagination, innovation and superior customer service, I look forward to embracing the Kannapolis community and turning the team into a model franchise in the minor league baseball landscape,” said Millward.