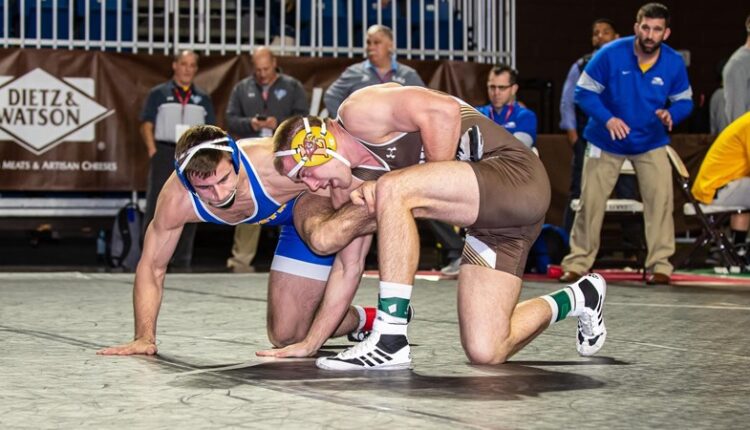 BETHLEHEM, Pennsylvania – For the first time since his third consecutive EIWA team title trophy last March, Lehigh will be back on the mats. In this most unusual season, the Mountain Hawks start the 2020-2121 season on Saturday at 2 p.m. at home against Hofstra Pride

Instead of a traditional dual meet format, Lehigh and Hofstra are expected to compete in 16 fights at the Leeman-Turner-Arena in Grace Hall. There is no team ranking, but the results will count towards the season record for an individual.

Lehigh won his third EIWA team title in a row last March before the COVID-19 pandemic canceled the NCAA tournament. The Mountain Hawks are giving back half of their line-up from last year’s EIWA triumph, but only two of the five are expected on Saturday.

As expected in this bohemian season, the preseason rankings seem a bit all over the place. Two Mountain Hawks appear in the InterMat preseason rankings, led by Senior Brandon Paetzell, who ranks fourth at 125. Senior Jake Jakobsen ranks 15th at 197th. Three Mountain Hawks appear in the FloWrestling and Amateur Wrestling News rankings. Lehigh has six wrestlers placed in the top 33 by both The Open Mat and Trackwrestling. Different outlets rank two different Lehigh wrestlers on both 141 and 174.

Up to 11 Mountain Hawks could wrestle their first official bouts in brown and white against Hofstra, a list that includes nine of Lehigh’s 13 real newbies and a pair of deferred newbies in Malyke Hines and Jake Logan. Of the seven remaining wrestlers listed on page one of these notes, only Satoshi Abe did not wrestle in a dual meet for Lehigh.

Half of Lehigh’s roster is made up of wrestlers in their first season of eligibility, a group that includes 13 real freshmen and seven deferred freshmen. Josh Humphreys won his first of consecutive EIWA titles in 2019 as a true freshman, but none of Lehigh’s sophomore freshmen entered a varsity competition in 2019-20. Jake Logan took eighth place in the prestigious Southern Scuffle, which competed unchallenged with 174.

Many Lehigh wrestlers don’t have to venture far from home to wrestle for the Brown and White. Senior Luke Karam and postponed freshman Luca Frinzi both fought for nearby Bethlehem Catholic High School, the same program that spawned Lehigh’s head coach Pat Santoro. Junior Dan Moran (Northampton) and the newcomers Karam Chakif (Dieruff), Connor Herceg (Nazareth) and Caden Wright (Emmaus) are fighting together with Karam and Frinzi for the programs of the Lehigh Valley East Penn Conference. Senior Jake Jakobsen (Stroudsburg) and newcomer Steven Storm (Pocono Mountain East) are from programs in the Monroe County Division of the EPC. Deferred newcomer Nathan Haubert wrestled in Palisades in the Colonial League. Senior sophomore Brandon Paetzell and Brian Meyer are from Phillipsburg, NJ, just across the state line.

Hofstra will also start its 2020-21 campaign on Saturday. The Pride emerges from an 11-5 2019-20 season that included a 7-0 mark against EIWA duals. Hofstra finished 10th out of 17 teams at last year’s EIWA championships and had two qualifying games for the NCAA championship before the tournament was canceled.

Only one Hofstra wrestler, Senior Sage Heller, appears in the InterMat preseason ranking. Heller comes in 19th with 174. Two other Heller brothers are competing for the Pride: Junior Holden at 157 and Reece in his sophomore year at 165. Both Stamm and Knighton-Ward appear in several other pre-season polls outside of InterMat during the Juniors Dylan Ryder (125) and Trey Rogers (197) also appear in at least one ranking.

Dennis Papadatos is in his seventh season as Hofstra’s head coach.

Lehigh will hold its only two road duals over the next two weekends. The Mountain Hawks will travel across the state on January 9 to face Pittsburgh and then visit EIWA rival Navy in Annapolis on January 16, Md. Lehigh’s next scheduled home duel against Drexel on January 24.