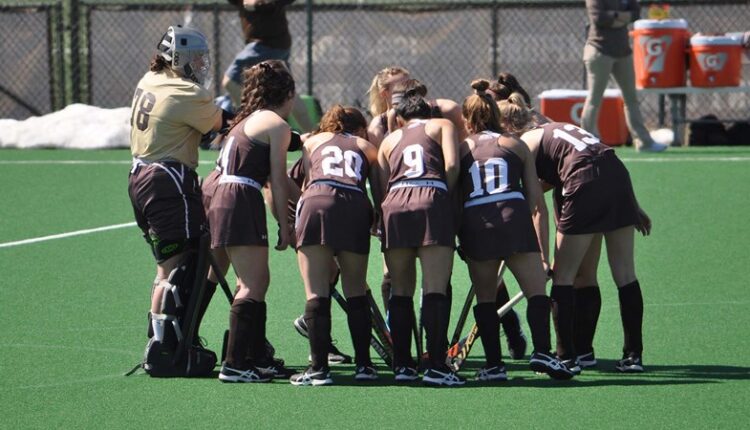 BETHLEHEM, PA. – After a spring 2021 season in which there were many highlights, the Lehigh field hockey program announced the team prizes.

The Coaches Award, given to players who are selfless in their actions and who may go unnoticed by others, went to sophomore Sophie Leighton. Leighton saw action in all five games this season and made himself felt in practice as the consummate team-first individual. She also headed the Lehigh Field Hockey COVID Committee and helped create and adjust team rules to keep everyone safe. Leighton’s organization and attention to detail were critical components in the team’s health.

Junior Leah Mullery was named Unsung Hero for the third year in a row. This award was given to the player who made a significant but unrecognized contribution to the team. Mullery’s influence in midfield wasn’t always seen in the boxing rating as it continued to serve as the glue for the Mountain Hawks’ offensive and defensive endeavors.

One season after winning the Coaches Award, the senior Stephanie Brabender received the Mountain Hawk Award, which is presented annually to those players whose character, spirit, commitment and leadership skills best represent the team and the program. Brabender’s influence on the culture of the LUFH continued to be significant in 2021 (as it was for her entire career). She also kicked the target cage to start the final game of the season at No. 20 Boston University and scored six saves as the Mountain Hawks and Terriers were deeply involved in the third quarter.

Anna Piecuch won the Scholar-Athlete Award. The student has a cumulative grade point average of 3.87 in journalism and shapes the program, the athletics department, and the university in myriad other ways.

First year sophomore Cece Slaughter and Erica Steele were both named Most Improved, each showing impressive and substantial gains in 2021. As a striker, Slaughter took significant action in all five competitions, shooting four shots (one on goal). As a defender, Steele saw most of the action on the track, stepping into American during an important time – the first major college action of her career – and doing so with confidence. The following weekend she started her first career at Boston University No. 20.

Senior Lenke Havas was named Athlete of the Year for the third time in a row. Lehigh’s very first four-time All Patriot League winner was named to the first team for the third time in a row in 2021. Offensively, Havas linked the team lead with goals (3) and points (6), while she also helped anchor Lehigh’s defense – both in midfield and in the back. Havas helped the Mountain Hawks’ defense field open the season for the first time since 2000, allowing only four total goals in their first four games.

The Lehigh Field Hockey Appreciation Award went to alum Dr. Steph Palmieri, who was an integral part of LUFH’s mission to better serve the Lehigh Valley community during the pandemic. The 2007 alumnus guided the Mountain Hawks through their relationship with Summerbridge, which resulted in the connection of Lehigh field hockey athletes with over 30 local middle school students. Palmieri guided the Mountain Hawks in their own growth and development as they learned how to facilitate small group conversations with great organization and great thinking. She challenged sports students to see the world through the eyes of eighth graders and helped the LUFH better understand the role that patience, compassion, and empathy play in developing meaningful relationships with others.

Lehigh started the spring with wins over Lafayette (1-0) and Bucknell (4-0), the first time since 2004 that the Mountain Hawks beat both the Leopards and Bison. Despite the losses over the next three years, Lehigh gave himself a chance to the end against Holy Cross, had the smallest advantage at American (2-0) since 2001 and despite a lack of staff gave himself a chance deep into the second half at a national ranked opponents.