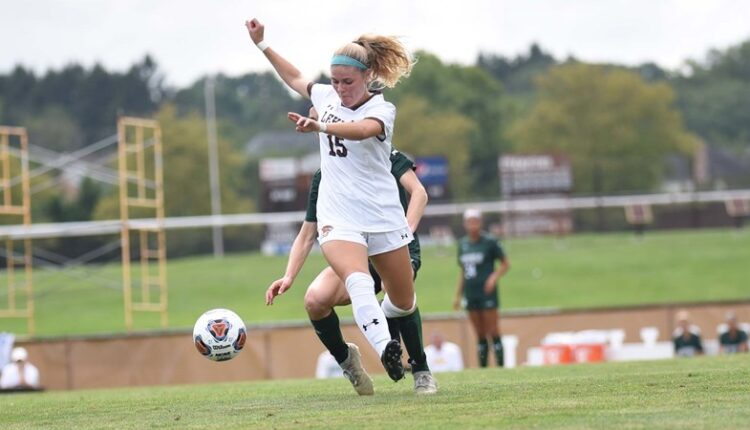 SOUTH ORANGE, NJ – Seton Hall scored a goal in the third minute of play, which turned out to be all the Pirates would need as they beat the Lehigh women’s soccer team with 1 in the Mountain Hawks final non-league tuning ahead of Patriot on Sunday afternoon. 0 defeated league. With the loss, Lehigh drops to 2-3 while Seton Hall improves to 5-2. The Mountain Hawks had many opportunities, firing 14 shots for the game – six on goal – including five shots on goal in the final of the game 26:53.

“Going to the Patriot League next week was a really good game,” said Lehigh head coach Eric Lambinus. “Good test for us. We had more moments than in the past. It was a bit up and down, but we could always turn it around and always have a few good moments. There were moments when we were dangerous and defended well.

It didn’t start well for the Mountain Hawks as Seton Hall put down the first shot of the game in the third minute. Julia Aronov received a centering pass and defeated Lehigh’s second goalkeeper Violette Bonvallet flat to lead 1-0.

“We have learned that we cannot switch off for a second because a good team can capitalize on what happened early on,” said Lambinus.

Lehigh responded with the next three shots and four of the next six, including a shot on goal by Senior Rebecca Van Siclen. Bonvallet stopped the Pirates’ only further shot on goal in the first half in the 26th minute.

The Mountain Hawks didn’t get stronger until the second half when they fired 10 shots (six on frame) in the final 45 minutes of the game. Lehigh had a series of six straight shots (by six different players) between the 64th and 79th minutes, five of which were on target, but Seton Hall goalkeeper Grace Gordon stopped them all to earn the shutout.

The final shots were 15:14 in favor of Seton Hall, while the Pirates held a 3-2 cross in corner kicks.

“I thought it was a really even game,” said Lambinus. “There were times when they had momentum and were dangerous, but I thought the same for us.”

The Mountain Hawks will now focus on kicking off the Patriot League as they line up at ESPN + Army West Point on Saturday at 5 p.m.

“Our game plan outside of the league has definitely challenged us, both at home and on the road,” said Lambinus. “It definitely challenged us to be good, taught us who we were and gave us the opportunity to get to know our team. In the six games we played against a lot of players so I think we got a good feel for that have where we are “are and who we go to in the Patriot League. If we start strong and get better every game, I think we can do pretty well. “