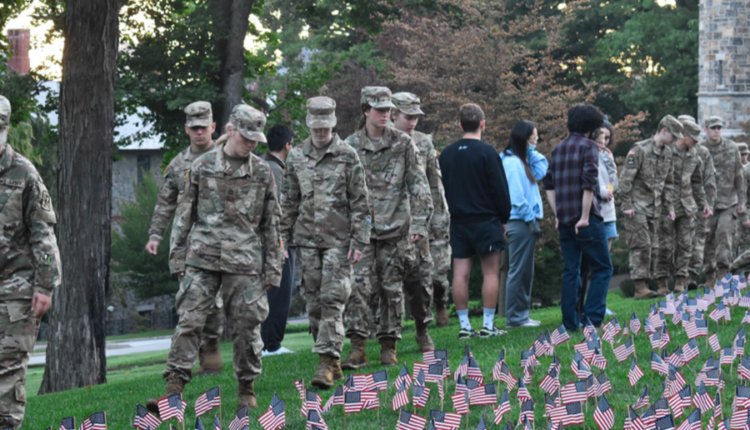 Lehigh University Police Chief Jason Schiffer was a Bethlehem City Police Officer and on September 11, 2001 on the Emergency Response Team. He was on his way to a training course when he first heard of the attacks.

“At that time there was a feeling of hopelessness,” said Schiffer.

Schiffer, along with other Bethlehem police officers, spent the day watching the news in the squadron room and wanted to do something. As the day progressed, there was an increased sense of what might happen next.

The members of the Lehigh Community remember September 11, 2001 very well.

Psychology professor Almut Hupbach described the day as a “flash memory”, one that is not personally traumatic, but has a significant impact on society and leads them to remember certain details such as their whereabouts and clothing.

Hupbach said traumatic memories can either be vivid or they can be fragmented and haunt you later.

“Stress reactions can overwhelm your memory system so much that you don’t save memories, just living snapshots, but not a whole story,” said Hupbach. “You can later pursue these with post-traumatic stress, in which you have the feeling that you are remembering these things in an uncontrolled manner and that you are overwhelmed by emotions.”

Jeremy Littau, Assistant Professor of Journalism, worked at The daily news in Los Angeles at the time of the attacks.

“My main memory of that day is actually just being in the newsroom because I was sleeping when it happened, and I think most of LA was, to be honest,” Littau said. “But we tried desperately to catch up with our website that day.”

Although he had no personal connection, Littau knew media workers around the World Trade Center at the time. One of the hardest parts of his job on September 11th was sifting through incoming photos of the attacks and deciding what to print out or put on the site.

“Reporting trauma is difficult because you are trying to get the news out and help the public, but you also have to be sensitive to the people who are affected and report in a way that shows care,” Littau said .

After September 11, public opinion about rescue workers was a strange experience, Schiffer said.

“People would thank us endlessly,” he said. “Random people came and I remember getting hugged in stores like Wawa.”

Every year, students and faculty are invited to the memorial service to place flags on the front yard of Lehigh to commemorate each and every one of those who lost their lives in the September 11, 2001 terrorist attacks.

The memorial is organized by the Lehigh Armed Forces Support Club.

Grace Lee, ’23, president of the Lehigh Armed Forces Support Club, described the memorial as a historic monument that should still be remembered 20 years later.

“I think it was a bond for a lot of us to take a moment to think about what happened that day,” Lee said. “We never saw it on the news, we never had contemporary exposure of it, but as you put these flags up, think about what this was like a family member, someone’s loved one, and you end up looking around and there is over 2,000 flags. “

Schiffer said the Lehigh monument was touching. However, it is overwhelming to see the number of flags that represent how many lives were affected.