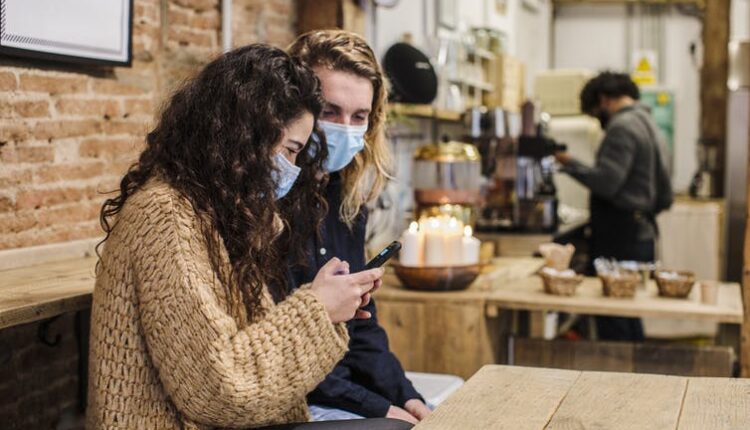 It’s not a tough choice: Submit to the vax and the mask or become a pariah | Opinion

By Frank A. DeFilippo

To even entertain such questions this late in the death spiral is an affront to family, friends and associates as well as a self-inflicted death-wish by those who consider them.

Just in time, there’s a brass-band example close to home. Ravens Quarterback Lamar Jackson has tested positive for the coronavirus for a second time. One report says he is not vaccinated. Another has Jackson mum on the subject as he considers it a private matter. Ravens officials won’t talk. Read into all that fog what you will.

Whatever. He’s still quarantined because of the spikey bug and a cautionary signal to all who hesitate to roll up their sleeves and join the 77 percent of Marylanders who exhibit good sense and are vaccinated.

For many on-the-fencers, especially the right-siders, the protective jab seems to be a matter of privacy, or intrusion on their rights, or — and this is where it really gets nutty — listening to some consecrated cretin tell them that what’s been scientifically proven is bunk and that masks are the devil’s disguise.

The attitude of the fundamentalists, and their fellow travelers, the Republicans, mainly Trump cultists, toward the coronavirus is reminiscent of the Scopes trial in 1925. The trial was a case of the Bible vs. evolution, just as today’s standoff is a matter of science vs. ideological baloney.

John T. Scopes, a substitute biology teacher, was put on trial for violating the Butler law which prohibited the teaching of evolution in any of Tennessee’s state-funded schools. John W. Butler, a state representative and the law’s sponsor, was head of the World Christian Fundamentals Association.

Pa. health officials are leaving mask mandates up to K-12 schools. A Senate committee has questions

Liberty, the unfettered ability to move about, and freedom, the invisible compass in all of us, seem to be the impressionistic motives for rejecting the life-saving shot, especially among the lunatic-fringe of the Republican party and its territorial base in the South and West. House Republicans of similar beliefs organize into a “Freedom Caucus.”

Paul, a libertarian, was diagnosed with COVID-19 in 2020. He is not vaccinated. He claims to have developed a natural immunity from his previous bout of the coronavirus. See what we mean about example by hooey?

Patrick Henry, hell-raiser and champion of freedom, lived a long and prosperous life — including two terms as governor of Virginia — following his oratorial bell-ringer, “Give me liberty, or give me death.” Sounds great, but he never had to face the choice except behind the protective walls of a convention hall where he roared his deathless slogan.

The Inquisitor is the central essay in Dostoyevsky’s door-stop novel Crime and Punishment which posits the theme that if people are given too much freedom they’ll screw it up every time. And my, aren’t we on the brink. The strengths of a democracy are also its weaknesses.

The Horse’s Mouth is a novel, unfortunately forgotten and largely unread, whose central character, Gulley Jimson, was an artist whose ideal of artistic freedom left him so befuddled in its pursuit that he was unable to paint anything at all.

So even liberty, and above all, freedom, have their limits. Freedom in itself can be a restraint. In the case of the Delta variant, freedom is polluting us all in the pursuit of liberty.

Give a look. In certain Baltimore ZIP codes, 70 percent of the residents are still unvaccinated. And this is in a state with one of the highest vaccination rates in the nation. Maryland has offered bribes, lottery prizes and scholarships to lure people to vaccination sites. And when that doesn’t work, they’ll deliver the vaccination sites directly to you. Go figure.

We are rapidly running out of freedom, and time. The Bible-belters and the Republican know-nothings are forcing another lock-down. The questions of vaxing and masking are subordinate to this:

Who are you going to listen to, the Republican wits – dimwits, halfwits and nitwits – or the nation’s leading expert on infectious diseases, Dr. Anthony Fauci?

Maryland is an exemplary state, among the nation’s top 10 vaccination rates, with 77.1 percent of its population injected with at least one dose from the menu of serums. The state’s number of new cases had nearly bottomed out until a month ago.

With the arrival and spread of the more virulent Delta mutation, the number of new cases has steadily ticked up. The positivity rate is now 2.73 percent as the state transitions, once again, through a period of uncertainty toward another stage of required masking and toilet paper hoarding.

So far, Maryland has experienced 469,095 cases of the coronavirus and 9,828 deaths. What’s stunning and instructive about the numbers is that state officials say every person who died from the coronavirus in June was unvaccinated. That evidence in itself should be convincing enough.

Those figures compute against the national numbers of 34.9 million cases and more than 613,000 deaths.

The top 10 states in the nation for the percentage of vaccinations last week were: The District of Columbia, Vermont, Rhode Island, Massachusetts, Maine, Connecticut, Hawaii, New Jersey, Washington and Maryland.

Florida’s Republican governor, Ron DeSantis, is basing his nascent presidential campaign on his refusal to take any government action against the spread of the virus, another shadowboxing freedom fighter. Some Florida hospitals are on overload with COVID patients. DeSantis recently advertised T-Shirts imprinted with the slogan, “Don’t Fauci My Florida.”

Republican political leaders are lately, and reluctantly, beginning to feel social and economic pressure and are encouraging holdouts to submit to vaccinations. Among the most outspoken and often-quoted was Gov. Kay Ivey of Alabama, the state with the lowest rate of vaccinations in the country, and herself a late-comer to the cause:

The CDC, of late, is providing a convenient foil for anti-vaxers and anti-maskers. It is accused of sending mixed, and some say confusing, messages on the when-and-where of the resumption of masking.

The CDC has recommended masking up when indoors and among crowds. It’s that simple. But as sure as the Delta variant is moving East, you can bet that masking will become mandatory again. In the DMV zone, the District has reinstated the mask mandate, but Maryland and Virginia are in a holding pattern.

The more variants that develop, the more difficult the germ will be to wipe out.

President Biden has ordered that all federal workers must be vaccinated or submit to weekly coronavirus testing. Many top-tier businesses such as Google, Amazon, Lyft and others are requiring employees to vaccinate as a condition of working.

Many restaurants and businesses now require customers to show vaccination passports as a ticket of entry and service. And most school kids and teachers will be wearing masks when they return to classrooms in the fall. Even Broadway will card theater-goers.

As a coda to their belligerence, or ignorance, U.S. House Republicans rebelled against a new order from the Capitol Hill physician to resume wearing masks inside the Capitol building, using such words as “authoritarian” and “tyrant” to denounce the action.

Just when Americans felt liberated, the Delta variant unleashed itself with terrible swift force. Cases have skyrocketed since only a month ago when masks came off and safeguards went down. Now put the damn things back on and get vaccinated, if not for your own good then for the health of the rest of us.

The social message is loud and clear: Either submit to the vax and the mask or become a pariah.