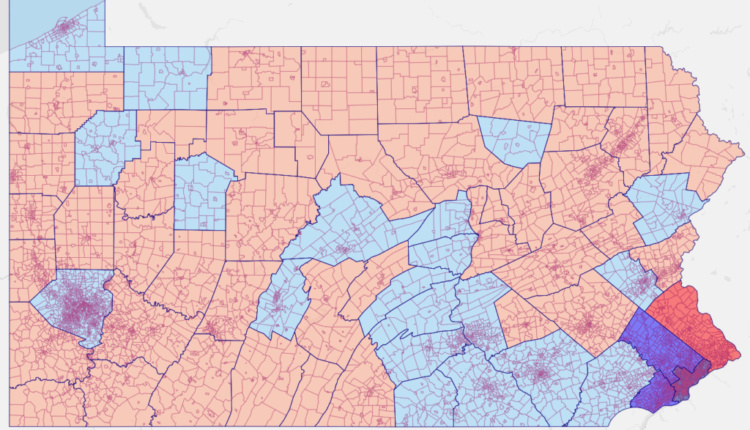 Last week’s long-awaited release of U.S. Census data means that the meter is really running of the once-a-decade redrawing of Pennsylvania’s legislative and congressional maps. And the impacts will be long-ranging and consequential.

As a refresher, the decennial remapping occurs along parallel tracks.

The state’s 253 legislative districts will be redrawn by a five-member commission made up of the four floor leaders in the state House and Senate, along with a fifth, independent chairperson (In this case, former University of Pittsburgh Chancellor Mark A. Nordenberg).

Meanwhile, state lawmakers will draw the congressional map (Pennsylvania will drop from 18 to 17 congressional seats). Democratic Gov. Tom Wolf can sign or veto the ultimate product. In both cases, based on past history, lawsuits are all-but guaranteed.

Lawmakers have vowed a transparent process in the lead-up to the final maps, with more than a dozen hearings scheduled in the coming months. Pennsylvanians also can submit their own maps online, the Capital-Star’s Stephen Caruso reported last month.

In Pennsylvania and elsewhere, Republicans, who make up a smaller share of the electorate, have used the remapping process to gerrymander themselves into long-term majorities in state capitols across the land.

In a column for The Guardian late last week, author and redistricting expert, David Daley, joined by Gaby Goldstein, of the state-focused, progressive advocacy group, Sister District, warned that the country is already filled with ‘democracy deserts,’ thanks to partisan gerrymandering, and that the situation could be further exacerbated by the coming round of redistricting.

“Representative democracy has been broken for the past decade in places like Wisconsin, North Carolina, Ohio, Pennsylvania, Michigan and Florida,” Daley and Goldstein wrote. “When Republican lawmakers redistricted these states after the 2010 census, with the benefit of precise, granular voting data and the most sophisticated mapping software ever, they gerrymandered themselves into advantages that have held firm for the last decade – even when Democratic candidates win hundreds of thousands more statewide votes.

After briefly recapturing the majority in the state House in 2006, Pennsylvania Democrats found themselves back in the minority after the Tea Party wave of 2010, and have stayed there ever since.

The continued blue-ing of the Philadelphia suburbs and parts of Allegheny County have meant that Democrats have managed to close GOP margins in the state House and Senate, though majorities in both chambers have remained tantalizingly out of reach to date.

And if you care about the health and future of representative democracy, the ultimate outcome of the redistricting derbies in Pennsylvania and other such key swing states such as Wisconsin (where the state of democracy is on par with such noted beacons of freedom as Congo) should concern you, Daley and Goldstein write.

“When lawmakers in Texas ban mask mandates, or Florida politicians take away the power of local officials to require masks in schools, that’s the consequence of gerrymandering,” they write. “And its impact can be measured in actual lives. When state lawmakers enact draconian restrictions on reproductive rights in Ohio, Georgia, Alabama and Missouri that opinion polls show are out of step with their own residents, that’s the power of gerrymandering. When Republican legislators strip emergency powers from Democratic governors, that’s yet another insidious effect. Our health, safety and wellbeing – our very lives – are in the hands of our state legislators. It is imperative that our votes decide who they are.”

So what’s the average citizen to do? The answer, as is the case in so many instances of public life, is to stay engaged, to stay on top of your elected officials, and to continue pressing for the best and most representative maps that you can get.

“We must not allow redistricting to unfold quickly behind closed doors. We must keep this process transparent and mapmakers accountable. Find your state’s redistricting hearing schedule online, join the meetings (many will be held virtually) and consider submitting testimony about why fair maps matter,” Daley and Goldstein write, warning ominously at the end of their column that “the stakes are much higher than just Congress. This is a fight for the future of our states, too.

“If you think that legislators will always be accountable to the people, or that autocracy can’t happen here, you aren’t paying attention. It already is,” they conclude.

Our Stuff.
In this week’s edition of The Numbers Racket, Cassie Miller reports that trusted messengers can move the needle on GOP acceptance of climate change.

Philly’s new pandemic mandates have left some businesses frustrated, our partners at the Philadelphia Tribune report.

And Allegheny County Executive Rich Fitzgerald is thinking big thoughts about how Greater Pittsburgh will benefit from the bipartisan infrastructure bill, our partners at Pittsburgh City Paper report.

On our Commentary Page this morning, Susan J. Demas, of our sibling site the Michigan Advance, says we’ve coddled ignorance for years, and now we’re all paying the price with COVID-19. And a University of Dayton scholar explains how ‘friendly whites’ used conservatorships to exploit and swindle Native Americans. 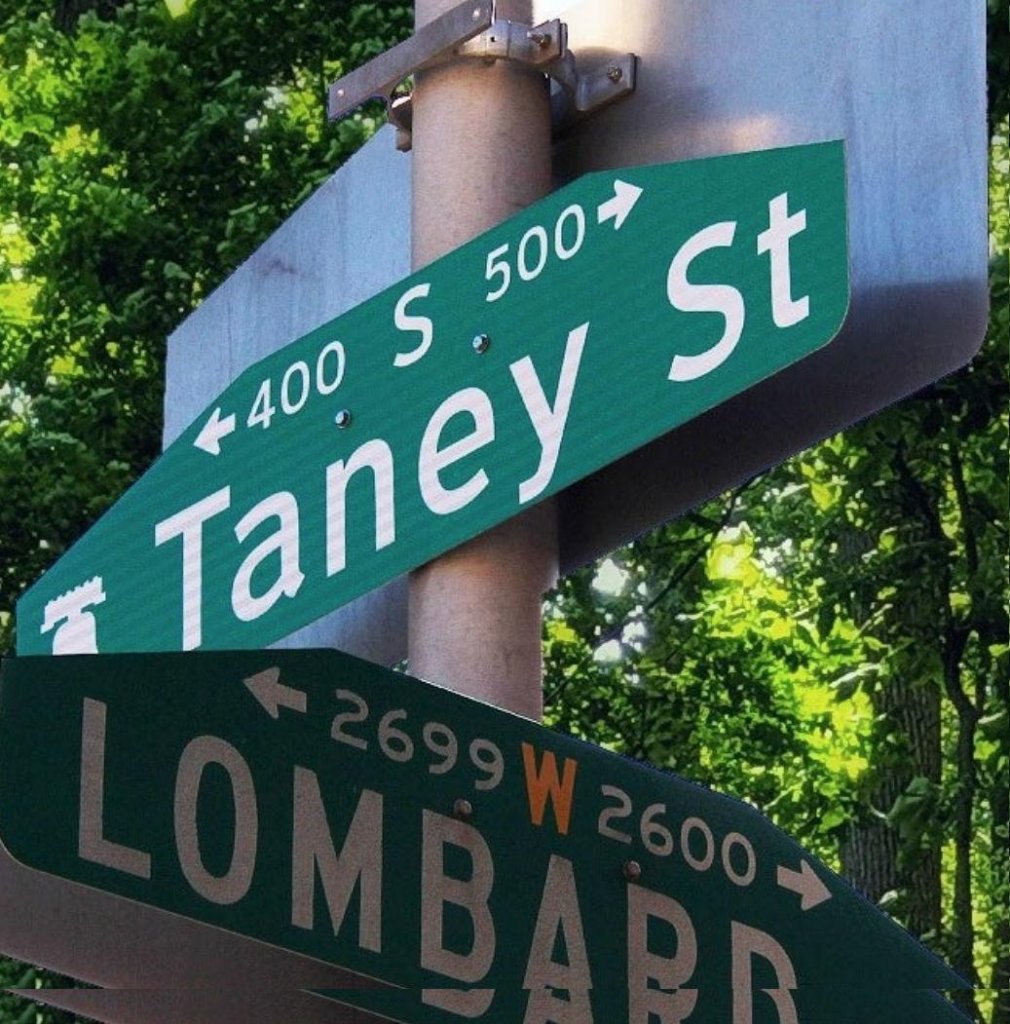 A push to rename Taney Street has led to a rally for the effort on Saturday. Taney was a 19th century Supreme Court Chief Justice best known for penning the majority opinion in the Dred Scott case that declared enslaved people were not citizens and could not sue in federal courts. (Image via Philadelphia Tribune/Rename Taney Facebook page)

Elsewhere.
A descendant of U.S. Supreme Court Justice Roger B. Taney, who authored the Dred Scott decision, has joined the effort to rename Taney Street in Philadelphia, the Inquirer reports.

The Post-Gazette profiles Pittsburgh companies, such as Duolingo, that are ‘rushing’ to go public.

PennLive looks at the rising concern about increasing COVID-19 cases among children (paywall).

LancasterOnline updates on a local township official who was charged with entering the U.S. Capitol on Jan. 6.

Thousands of people attended Allentown’s Pride celebrations over the weekend, after last year’s festivities were canceled because of the pandemic. The Morning Call has the details.

WITF-FM explains how just getting a meal can be the first step toward fighting food insecurity.

Want to attend Erie County’s new community college? GoErie has what you need to know.

Facing a revolt by some moderate Democrats, U.S. House Speaker Nancy Pelosi, D-Calif., has offered to advance the bipartisan infrastructure bill and the budget resolution at the same time, Roll Call reports.

Heavy Rotation
Philadelphia’s own, The Hooters, resumed gigging over the weekend. Here’s one of my favorite tunes from them. Here’s a live favorite, ‘Karla with a K.’

Monday’s Gratuitous Soccer Link
As is its custom, the Guardian has 10 takeaways from the first weekend of Premier League action.