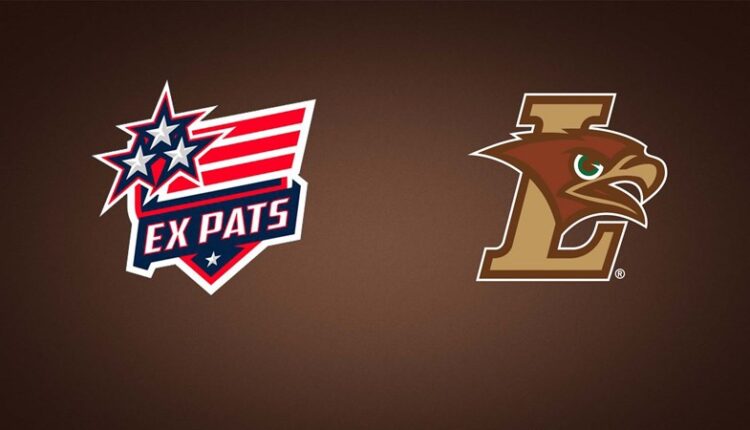 Lehigh fans … does that sound familiar? A 15 seed plays a two seed on national television on a Friday night.

The last time it happened to Lehigh, the Mountain Hawks men’s basketball team beat Duke in the 2012 NCAA tournament.

Nine years later, this Friday night (July 16) at 9 p.m. ET, the ex-pats want to do their own magic as they battle the AfterShocks (Wichita State Alumni) on ESPN2.

Who are the ex-pats? A team of Patriot League alumni inducted into The Basketball Tournament (TBT) – a single-elimination tournament played every summer in the United States, with the winning team taking home $ 1 million.

The head coach and general manager of the Ex-Pats is Lehigh alum Jack Lieb ’20, who is currently a research assistant on the Vanderbilt team.

“The idea came up last summer when I was looking at TBT,” he said. “I imagined having the opportunity to form a team, and that’s the goal I set for myself last summer. I thought, wow, there has never been a Patriot League team and we have some incredible guys in terms of talent. The opportunity to not only introduce these guys and their professional careers and show the world what we’re made of basketball – Being able to do sight, but also to raise the league’s awareness, was something I wanted to do. “

Flash forward today as the Ex-Pats were inducted into the 64-team field (as 15 seeds). Less than a month after the selection show, the team of 12 players, five of whom are former Mountain Hawks, is in Wichita, Kansas, preparing for its Friday night showdown against the Wichita State alums.

“After Jack applied, we knew we had to find the next steps,” said Roelke. “Jack and I are best friends and roommates in college, and these working relationships can be a little tricky if you don’t set boundaries and make some adjustments. So that was the first step in determining the roles. It was a lot of sharing our responsibilities and coming back with a game plan. “

Lieb and Roelke did just that – and the professional manner in which they ran the ex-pats was an important factor in getting into the tournament in the first place.

“A big component that TBT brought up as a consideration was the organization of the staff and how professionally they lead their team,” said Lieb.

Lieb and Roelke couldn’t be more excited about the talent on the squad, which came together in large part because of the relationships they developed during their time at Lehigh (and the Patriot League).

“We have a lot of people who can make a contribution in very different ways,” continued Lieb. “I’m excited. I think we have a good chance. The stage is ready so we just have to come out and do our best.”

Do not be fooled. These are not pickup games. The ex-pats arrived in Wichita on Wednesday to do some exercises and develop the chemistry.

Good luck to @ EXPATS21 as they start training in Wichita today. We recently met with alum @jack_lieb who is the head coach and general manager. Lieb shares a look at the team’s plans for the game on Friday at 9 p.m. ET on ESPN2. @ PatriotLeague | @thetournament pic.twitter.com/Hc8QM4LBrz

Lieb developed a passion for coaching at a young age and will apply what he learned from Lehigh and Vanderbilt to coaching ex-pats.

“I manage things as professionally as possible,” he said. “We practice on Wednesdays and Thursdays, then a shoot on Friday. Meetings, film sessions, I want us to be as prepared as possible on Friday evening. Some of these guys have played together, but most of them don’t know. I have to be able to gauge and really evaluate the chemistry, but at the same time these guys have to get used to each other. “

When the team was first brought together, Lieb made a lot of preparations. He watched films of each player and began planning what the ex-pats would look like on game day.

“Our guards are extremely talented,” said Lieb. “There will be a lot of ways to use them. I think we can play fast. The AfterShocks will play fast. They are athletic and I think we are too. I think our guards fit together.” Very good with them. Our big guys all have high engines, they’re strong, love to run and pop.

“I have some things in my back pocket that I’m going to do and I have a good plan,” Lieb continued. “I love being the underdog. Hopefully we can prove some people wrong and not only make a name for ourselves, but also carry on that legacy and reputation for the Patriot League as a whole.”

The basketball tournament helps bring the players and coaches onto a national stage.

“We have the best game of the tournament,” said Lieb. “The AfterShocks audience is probably the most enthusiastic and rowdy crowd there is. I’ve been told the audience is sold out so it’s going to be a big game and it’s prime time on ESPN2, what more could you want?”