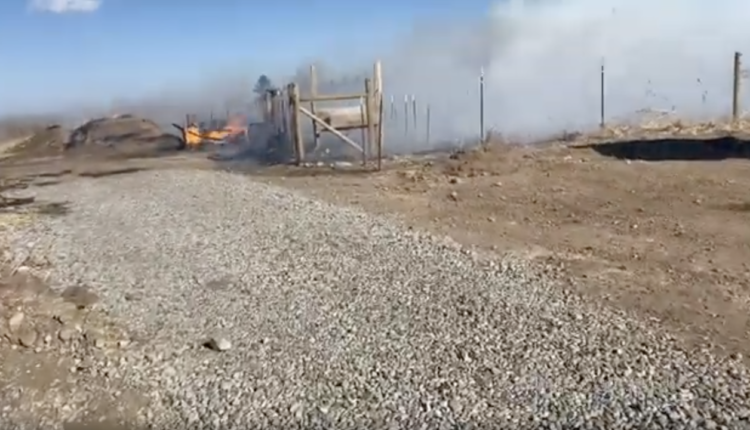 ‘Don’t Look Up!’ is a documentary masquerading as satire | Dick Polman

We yawn as we drift toward doom. The news is relentless, for those who deign to pay attention.

For instance, scientists discovered last month that a massive (and, until now, stable) ice shelf at the bottom of the globe is rapidly crumbling, with serious consequences for us all: “The rapid transformation of the Arctic and Antarctic creates ripple effects all over the planet. Sea levels will rise, weather patterns will shift and ecosystems will be altered. Unless humanity acts swiftly to curb emissions, scientists say, the same forces that have destabilized the poles will wreak havoc on the rest of the globe.”

According to one report about last week’s Colorado conflagrations, “heat and dryness associated with global warming are major reasons for the increasing prevalence of bigger and stronger fires, as rainfall patterns have been disrupted, snow melts earlier and meadows and forests are scorched into kindling.”

Pa. Rep. Boyle: I’m worried most ‘by the Jan. 6 that could still happen’ | Thursday Morning Coffee

And yet, film critics and armchair curmudgeons are whining that the Netflix satirical film Don’t Look Up! – a bitter attack on climate change deniers – is too “heavy-handed,” too “broad,” too “angry,” a veritable “sledgehammer” at the expense of subtlety. I watched the film during the holiday doldrums – like many of you in semi-lockdown mode, I was binging TV – and I frankly can’t fathom those complaints.

Because the same indictment could be leveled against Dr. Strangelove (on orders from a general named Jack D. Ripper, a gung-ho Texan rides an A-bomb), and against Network (a lunatic anchorman is assassinated on the air because his ratings went bad). Heck, you could say the same thing about Jonathan Swift, the 18th-century satirist who suggested, in his treatise entitled “A Modest Proposal,” that poverty in Ireland would be cured if only the impoverished Irish families would agree to fatten their children and sell them as food to the English landowners. He even suggested some yummy recipes.

Spoiler alert: Nobody thought that Swift was literally serious. Satire, by definition, uses “humor, irony, exaggeration, or ridicule to expose and criticize people’s stupidity or vices,” – and, in case you haven’t noticed, rampant stupidity currently reigns in our benighted disunion. Witness the latest deluge of lies on social media, with keyboard loons insisting, despite all scientific evidence to the contrary, that the Greenland ice sheet has not been losing billions of metric tons of ice each year.

In “Don’t Look Up!”, a killer comet is hurtling toward earth – there’s incontrovertible scientific proof – but the morons on social media still call it a hoax. A male astronomer gets a lot of air time only because the viewers think he’s hunky, while his female assistant gets canceled by the Twitter haters because she’s deemed too “shrill.”

Meanwhile, a MAGA-type president and her dimwit chief of staff (her son, naturally) worry that the comet will sink her poll ratings. An Elon Musk-type billionaire thinks there’s money to be made from the comet, brainless followers chant that the comet will “create jobs,” and in no time a sizeable chunk of the doomed populace is refusing to look up, wearing buttons that feature an arrow pointing down.

And finally, when it’s too late to do anything, Leonardo DeCaprio’s astronomer says plaintively, “We had it all, didn’t we?”

This is the fractured and fool-infested America we know all too well. If anything, the film is a documentary masquerading as a satire – a veritable metaphor for life as we know it, with tens of millions of people (mostly Republicans and other Trump chumps) still spewing, circulating, and swallowing COVID-19 lies, adamantly refusing to look up.

Anyone who thinks “Don’t Look Up!” lacks subtlety needs only to look around and behold what mass stupidity has wrought.

Opinion contributor Dick Polman, a veteran national political columnist based in Philadelphia and a Writer in Residence at the University of Pennsylvania, writes at DickPolman.net. His work appears on Mondays on the Capital-Star’s Commentary Page. Readers may email him at [email protected]