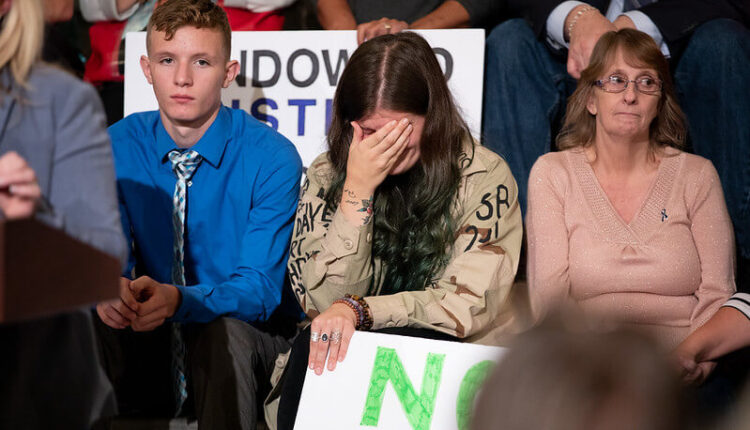 Despite pleas from advocates and a recent request from the governor, a bill that would open a two-year window for child sex abuse survivors to pursue civil lawsuits against their abusers is unlikely to see a floor vote as the Pennsylvania Senate returns to session this month.

Erica Clayton Wright, a spokesperson for Ward, declined to answer further questions about the legislation and a possible Senate vote Monday. Instead, Wright cited previous statements made by Ward, who has argued there is no legal precedent to affirm extending a window legislatively.

If it weren’t for an advertising error made last year by the Department of State, the window for child sex abuse survivors would have appeared on the May primary election ballot as a proposed constitutional amendment. Lawmakers considered an emergency process to get the proposed change on the ballot, but that failed, with Ward saying in March that it did not meet emergency status criteria.

“More importantly, the strongest legal position to bring closure to this matter and allow all victims (public and private) of childhood sexual abuse to face their abusers is via constitutional amendment,” Ward said in a statement at the time. “The imprudence of duty by the Wolf administration has forced the Pennsylvania Senate to reset the clock on the constitutional amendment.”

Following the Department of State’s error, which prompted then-Secretary of State Kathy Boockvar to resign, the Republican-controlled Legislature restarted the amendment process, putting the issue on the ballot in 2023, if it passes in the 2023-24 legislative session.

But advocates and some legislative leaders prefer a quicker path toward reform — a bill proposed by Rep. Mark Rozzi, D-Berks, a survivor of child sexual abuse, that would open the window for survivors legislatively. The proposal passed in the House and advanced out of the Senate Judiciary Committee in April, but it has yet to see a Senate vote.

Ahead of lawmakers’ return to session this month, Wolf, who has acknowledged his administration’s responsibility for the initial error, urged Senate GOP leaders to call for an immediate vote on Rozzi’s legislation.

“The Pennsylvania Constitution does not need to be amended to provide this opportunity for justice to the victims of child sexual abuse; instead, a statutory change can be made expeditiously,” Wolf wrote to Senate President Pro Tempore Jake Corman, R-Centre, who has expressed support legislation that would extend the timeframe for survivors to sue their abusers in court, and Ward in a letter late last month.

Wolf added: “The Senate of Pennsylvania has the opportunity to move this issue forward by bringing HB 951 up as the first order of business when you return to session in January … victims and survivors have fought for justice for far too long — I implore you to take up that mantle and act on their behalf.”

Eighteen states have passed the statutory window much like the one proposed in Pennsylvania since 2005.

Ward, also a practicing Catholic, has faced accusations of stalling to protect the church. She’s refuted the claims and instead has expressed concern over its legality, telling Pittsburgh radio station KDKA-AM host Marty Griffin during a May interview that passing a window could “open floodgates to lawsuits on everything and anything that’s happened in the past.”

Last year, Attorney General Josh Shapiro’s office said his staff had “several meetings” with Ward’s office as part of her efforts to review the legislation. Shapiro, a Democrat running for governor, dismissed claims that the bill is unconstitutional. During a September rally at the Capitol, Shapiro called those arguments “pathetically weak.”