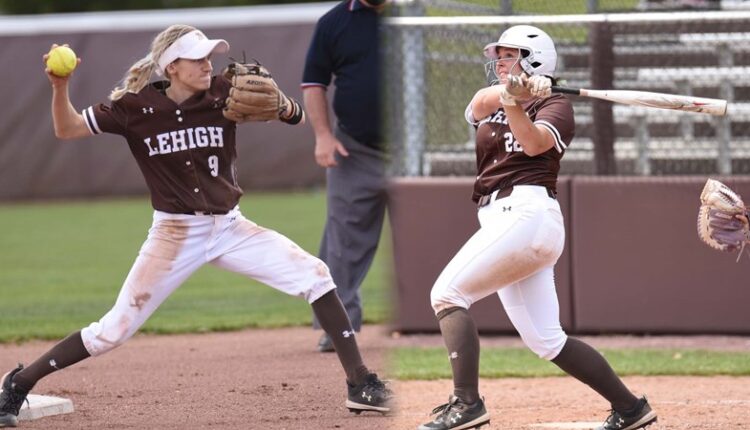 BETHLEHEM, PA. – Two Lehigh softball players have been named to the NFCA Mid-Atlantic All-Region teams announced Thursday. Junior shortstop Carley Barjaktarovich was called up to the first team, while junior outfielder Jaelynn Chesson got a place in the second team. Barjaktarovich and Chesson were both top performers for the Mountain Hawks during the 2021 season.

This is the first Career All-Region Award for both players.

For her career, Barjaktarovich has started all 106 games of her Lehigh career at Shortstop. Her batting average of 0.471 in 2021 is the second highest overall season in school history.

Chesson, one of the best power hitters and run producers in the country, scored a 0.389 goal with eight home runs and 50 RBI in the Patriot League in 2021. Chesson also tops the Patriot League with 16 doubles, 82 total bases, and a slugging percentage of 0.759. She was a two-time Patriot League Player of the Week in 2021 and had four games in the season she had five RBI, including a pair of five RBI games on either end of a double-header sweep in Lafayette on May 8.

Chesson is currently in the top 5 nationwide in doubles per game (0.47) and runs per game (1.47). She started all 34 games in the correct field and is now a two-time All-Patriot League first-team selection.

The Mountain Hawks finished the 2021 campaign at 18-16, competing in the championship round of the Patriot League tournament for the fourth time in a row.

Things to do: Genesius is back with live theater | Features