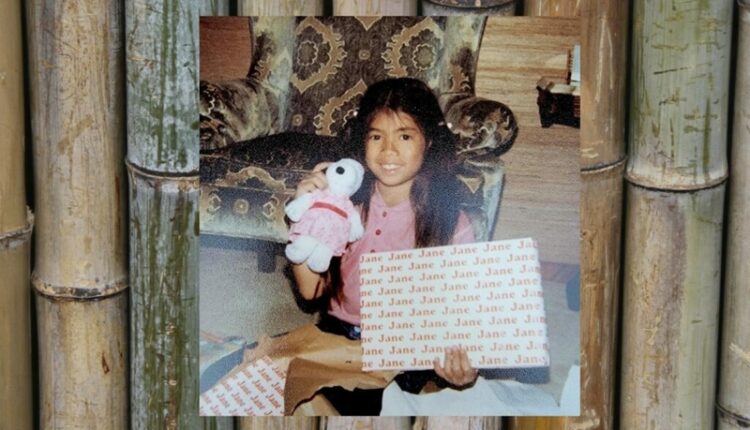 Asian in the ′80s: A glorious time of innocence, a time of great ignorance | Opinion

Growing up in West Central Iowa, I thought I knew who I was. I had lived in the same town since I was four. I was Jane, a girl with lots of friends, who liked being the center of attention.

As an Asian-American, I knew I looked different than everyone around me. I had shiny, long black hair that hung to my waist. I had dark tan skin from all my days delivering the afternoon newspaper and swimming at the pool in the summer.

In my smallish town of almost 10,000 people, there were very few minorities. There was an Asian doctor and his family (including a daughter a couple years older than me), an African American doctor, and a girl adopted from Korea who was about my age. That was it.

I was lucky to grow up in the ′80s. It was both a glorious time of innocence, but also a time of great ignorance. Overall, people didn’t understand Asian people or their culture or how diversity fit into a white community. I was often mistaken for one of the other two Asian girls who were similar to my age.

I was asked questions about my “real” family and asked if I missed them. Curious children asked if I spoke Vietnamese and wanted me to speak Vietnamese on demand. During that time the joke that began, “Me Chinese, me play joke,” while pulling back the corners of your eyelids and speaking in an Asian accent was quite popular amongst school-aged children.

I knew all these things were hurtful, but I didn’t understand my ethnicity either. It was a confusing and insensitive time. Rugs and lamps were Oriental, so I was labeled Oriental too. I was referred to as “the little Oriental girl down the street.”

My family lived in an area without a Vietnamese community like in Des Moines. We didn’t understand anything about the Vietnamese culture, including the language, alphabet, food, etc. I was given a pair of Asian dolls by a family friend from Vietnam. He and a group of young men arrived in Iowa in the ′70s by boat.

When I was very young and living in Indianola, my family helped them learn English and American customs. The two fancy dolls were perched upon a black lacquer stand. On the front of the stand were gold characters, most likely written in Chinese. I have no idea what these words said, but I grew up thinking Vietnamese writing looked like those Chinese characters. I had no frame of reference to think otherwise.

Before my parents adopted me, they received a photo of me sitting in a stroller with a sign. On the sign was written my Vietnamese name: Nguyen Thi Van. My family and I didn’t know how my name was pronounced. We said it, “New-yen Tee Von,” when it’s actually pronounced “Win Tee Vun.”

We also didn’t know Nguyen was my last name, not my first name until years later.

When I was in college in the early ′90s, tattoos were all the rage. I planned a trip to Nassau, Bahamas with some friends. I wanted to get a tattoo before the big trip. I flipped through the book at the tattoo shop. I stumbled across the logo from the Broadway musical, Miss Saigon. I thought it would be perfect for my tattoo as I was born in Saigon, now Ho Chi Minh City. I didn’t know what the logo meant, but it looked similar to a Chinese character. At the time, I was so naive, I assumed the tattoo I was getting on my body for my rest of my life was some sort of meaningful word or phrase in Vietnamese.

As I was sunning myself on the beach in The Bahamas, a Bahamian local struck up a conversation with me. He asked me why I had a helicopter on my leg. He pointed towards the very obvious tattoo on the outside of my right thigh. I looked down, horrified to see that yes indeed, I had a helicopter on my leg. As it turns out, the logo for Miss Saigon is a combination of the face of the main character, Kim, and the helicopter used to evacuate her love, Chris, an American soldier.

I was embarrassed to find out how wrong and foolish I had been about the meaning of my tattoo. However, in hindsight, it all went with the times. We didn’t have the information we have now, nor did we have access to that information.

We have bumper stickers, coffee mugs and T-shirts to remind us to celebrate diversity. It was a bumpy road, but eventually I learned being different is what makes me special.

This column was originally published by Jane Nguyen’s The Asian Iowan blog on Substack. It is republished here through the Iowa Writers’ Collaborative and the Iowa Capital Dispatch, a sibling site of the .

No, guns do kill people. And the solution is glaringly obvious | Wednesday Morning Coffee