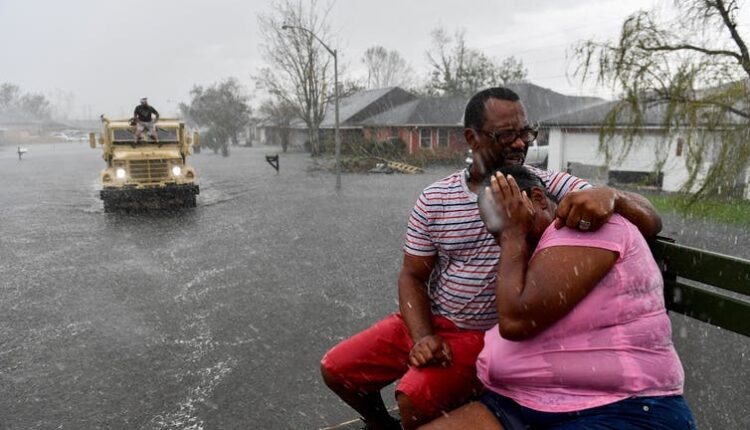 The disasters just kept coming in 2021, from Hurricane Ida’s destruction across Louisiana and the Northeast to devastating wildfires in the West and damaging storms, tornadoes and floods. Nearly half the U.S. was in drought, and extreme temperature spikes disrupted power supplies just when people needed cooling or heating most.

In all, the costliest U.S. weather and climate disasters of the year did an estimated US$145 billion in damage and claimed at least 688 lives, the National Oceanic and Atmospheric Administration announced on Jan. 10, 2022.

It was the third-most expensive year on record.

2021 was also one of the hottest years globally and the 4th hottest year in the U.S. in 127 years of record-keeping. Not every weather event is caused by global warming, but rising temperatures affect the climate in ways that amplify heat waves and droughts and can supercharge storms. Much of that temperature rise is caused by greenhouse gases accumulating in the atmosphere from burning fossil fuels.

As the disasters unfolded, scientists explained the influence of climate change. Here’s what they said about some of the costliest disasters of 2021.

Extreme rainfall in the east, drought in the west

One characteristic that stood out during the disasters of 2021 was a sharp precipitation divide in the U.S.: While most of the west was in severe drought or worse, with the dry vegetation fueling fires, much of the eastern half of the country was getting soaked.

On the other side of the country, damage from the western drought was much harder to calculate. The extreme dryness shut down a key hydroelectric power plant in California for five months, harmed farms and ranches and led to the first federal water use restrictions for the Colorado River as levels dropped in important reservoirs. 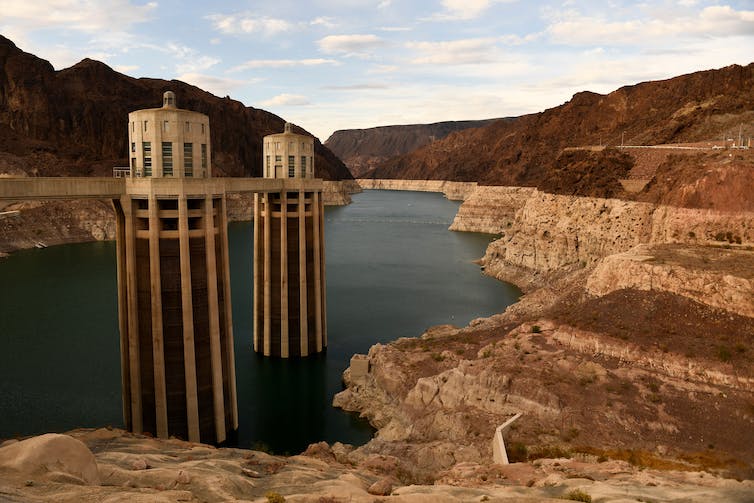 The Hoover Dam intake towers and ‘bathtub ring’ along the edges of the Colorado River’s Lake Mead shows how far the water level has fallen (Patrick T. Fallon/AFP via Getty Images).

“Higher temperature increases evaporation from Earth’s surface, drying out vegetation and soils, which can fuel wildfires. It also increases the atmosphere’s capacity to hold moisture at a rate of about 7% per degree Celsius that the planet warms. With more moisture evaporating, global precipitation is expected to increase, but this increase is not uniform,” Wu wrote.

As the planet warms, wet areas are likely to get wetter, and dry areas drier, she said.

Hurricane Ida, which exploded from a weak hurricane to a Category 4 storm over warm water in the Gulf of Mexico, was the most expensive disaster of 2021, with damage in Louisiana and then in the Northeast estimated at around $75 billion.

University of Miami oceanographer Nick Shay explained how the storm passed over a large pool of warm water in the Gulf of Mexico that had spun off from the Loop Current. That warm pool’s heat, extending down about 480 feet, fueled its strength.

Hurricanes are fueled by warm water, so warming surface temperatures will have an effect on them. Climate models suggest that Atlantic hurricane rainfall and intensity will increase, but there won’t necessarily be more of the storms. 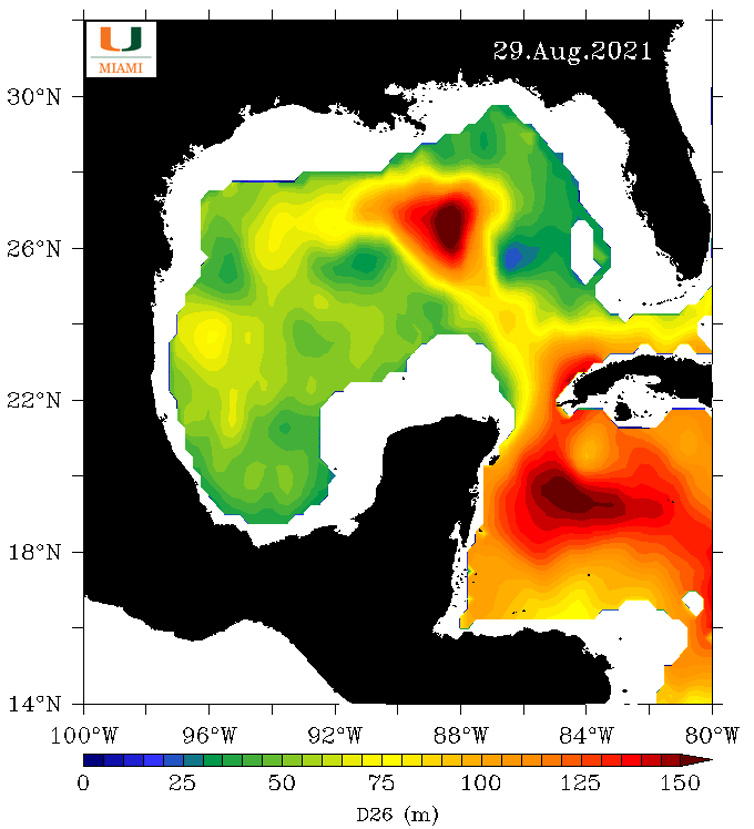 Ida’s route to Louisiana passed over very warm water. The scale shows in meters the maximum depth at which temperatures were at least 78 F (26 C), considered a general threshold for hurricanes to develop.
(University of Miami, CC BY-ND).

In February, an Arctic blast sent ice, snow and freezing temperatures through the center of the country. In Texas, the cold blast quickly became a human disaster. The cold weather overwhelmed Texas’ power grid, freezing components at natural gas plants and slowing natural gas supplies. An estimated 69% of the state lost power, and NOAA counted 226 deaths. State officials have attributed 246 deaths to the storm.

That cold wave was the second-most expensive U.S. disaster of 2021, with costs estimated at around $24 billion. 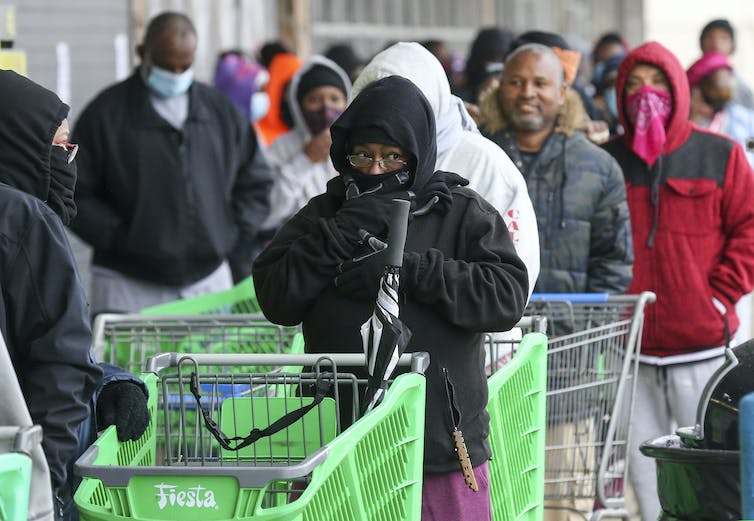 Temperatures in Texas plunged into the teens in February 2021, knocking out power for a population unaccustomed to cold.
Thomas Shea / AFP via Getty Images

While it may seem counterintuitive, rapidly warming temperatures in the Arctic can trigger this kind of southward dip of the jet stream, a strong band of winds at the boundary between colder and warmer air. Research by atmospheric scientists Mathew Barlow at the University of Massachusetts Lowell and Judah Cohen at MIT shows how that can happen as changes in the Arctic are followed by changes in the stratospheric polar vortex, which are followed by cold waves in North America and Asia.

“Our research reinforces two crucial lessons of climate change: First, the change doesn’t have to occur in your backyard to have a big effect on you. Second, the unexpected consequences can be quite severe,” they wrote.

The heat and dryness in the West contributed to more multibillion-dollar disasters. On Dec. 30, when Colorado would normally be blanketed in snow, a wildfire whipped by powerful winds tore through neighborhoods in abnormally dry Boulder County. Nearly 1,000 homes and several businesses were destroyed in a matter of hours.

The blaze followed devastating fires in California over the summer. Altogether, damage from the 2021 Western fires was estimated at $10.6 billion. 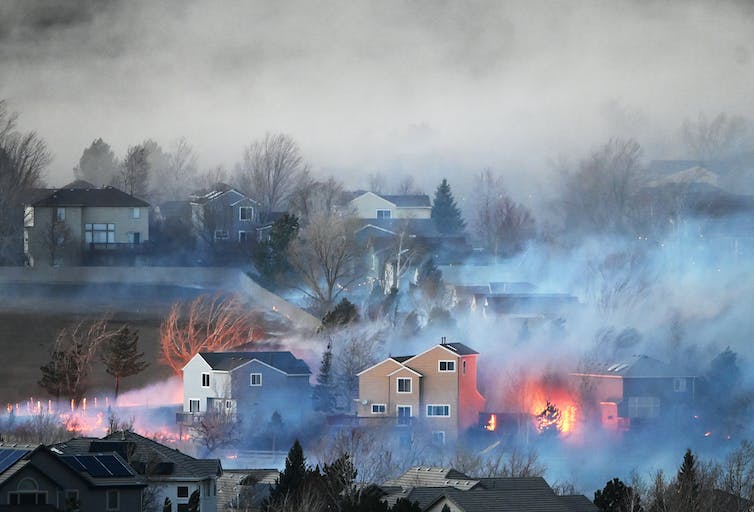 The fires that devastated parts of Boulder County, Colo., were moving so fast officials could do little more than evacuate homes in their path.
RJ Sangosti/MediaNews Group/The Denver Post via Getty Images

As rising global temperatures dry out vegetation, forest managers are dealing with increasing wildfire risks and costs. Fighting huge wildfires, like the Dixie and Caldor fires in California that destroyed much of Greenville and Grizzly Flats in 2021, depletes funds needed for fire prevention efforts, such as forest thinning and prescribed burns, University of California forest and fire experts Susan Kocher and Ryan Tompkins wrote.

“To manage fires in an era of climate change, where drier, hotter weather creates ideal conditions for burning, experts estimate that the area treated for fuels reduction needs to increase by at least an order of magnitude,” they said.

What about the tornadoes?

Tornadoes, like the deadly outbreak that created another multibillion-dollar disaster across Kentucky and nearby states in early December, haven’t been clearly connected to global warming, but climate models can still provide some insight, as Central Michigan University meteorology professor John Allen explained. 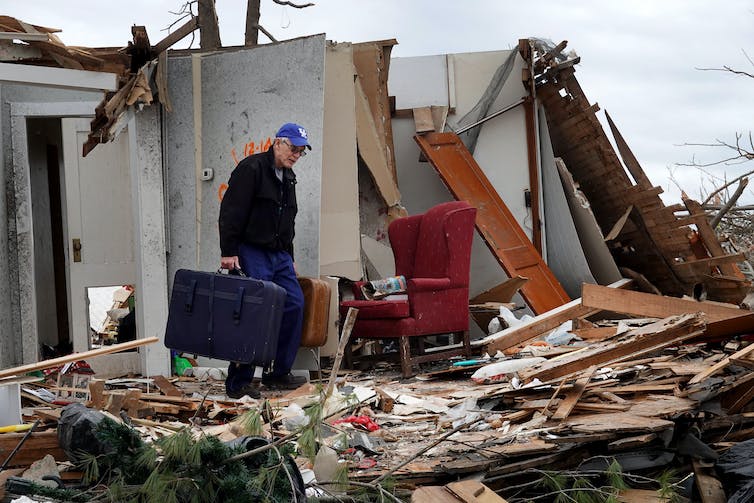 “There are certainly signals pointing in the direction of a stormier future,” Allen said, “but how this manifests for tornadoes is an open area of research.”

Editor’s note: This story is a roundup of articles from The Conversation’s archives. It has been updated with NOAA’s disaster map.

Stacy Morford is the Environment and Climate Editor for The Conversation, where this analysis first appeared.