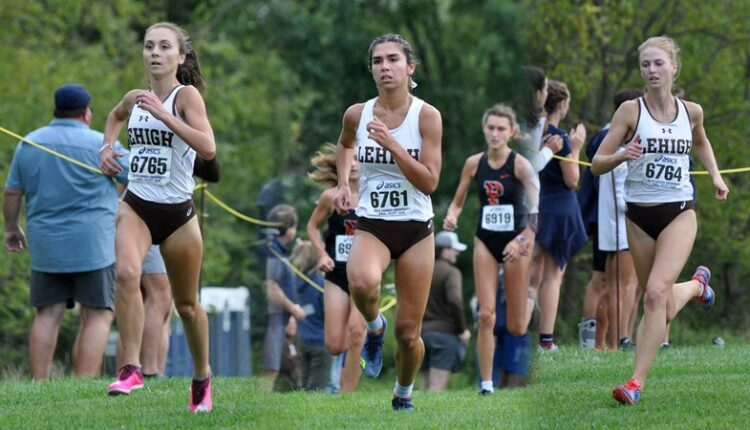 BETHLEHEM, Pa. – In its first race on grass in two years, the Lehigh Women’s Cross Country Team finished third in the inaugural Lehigh Invitational on the Goodman Campus Cross Country Course. The Mountain Hawks took third place among the eight participating teams with 57 points. Monmouth recorded the win in the tiebreaker against Princeton, who finished second.

The brown-whites had five runners in the top 20 and the top three runners were in the top 15 for Lehigh. Madison Zaun (22: 08.8) and Jade Sessions (22: 11.3) were the top two, finishing sixth and seventh for the Mountain Hawks. Sophomore Christina Yakaboski (22: 18.8) was the third Lehigh finisher and took 14th place.

“I saw some really great opening games at the start of the season today,” said head coach Debbie Utesch. “Half of my team has never competed in a college cross-country race and there was definitely a bit of nervousness today. Greetings to Kara Bonner, who made a great return for us after a really long absence.”

Bonner (22: 20.5) returned to the Mountain Hawks and immediately made their presence known by crossing the finish line as the fourth Lehigh runner and coming in 16th. The fifth Lehigh runner to finish 20th was Nicole Abbondandelo (22: 36.8).

“We showed a really good depth today and the ability to work with a teammate and race together,” added Utesch. “The team went pretty well today too and that’s good considering it’s only the beginning of September. Over the next two months, I think we will be able to build a stronger presence at the top. “

“Maddie and Jade continued to show that they are not afraid to go forward and get the job done,” added Utesch of the top two in Zaun and Sessions. “I think what they did really well today was take some other runners who have no college cross-country experience and pull them through the mix. The lead they showed in the middle of the race. The Pieces of the puzzle are starting to come together. ” and I’m excited. “

The ranking of the Mountain Hawks was rounded off by Grace Kolbe (22nd), Annalize Davis (24th) and Savanah Beavers (25th).

Next, the Mountain Hawks have next week off to rest and prepare for the Lehigh-Lafayette double meeting in Easton on September 18th.