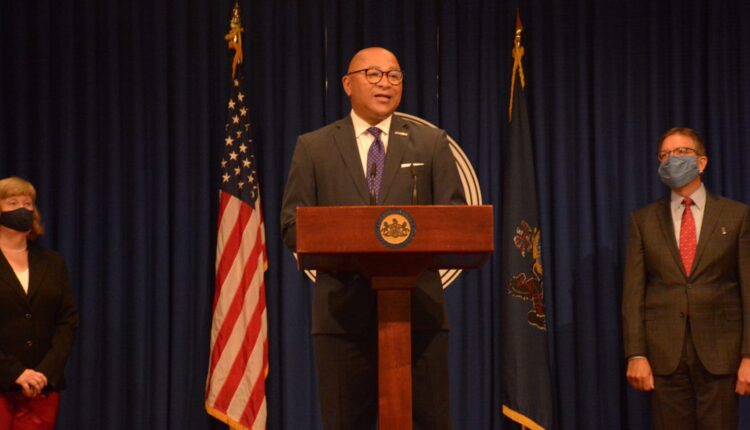 A temporary program set up in the early days of the COVID-19 pandemic to allow select businesses to reopen with a waiver from Gov. Tom Wolf’s office was inconsistent and unaccountable, according to a new report released by Auditor General Tim DeFoor’s office.

“This process should be reformed, before anything like this is attempted again,” DeFoor said at a Capitol press conference on Tuesday morning where he announced its findings.

The program, DeFoor added, was not a level playing field, and could be gamed by using key words, such as mentioning “healthcare workers” could give business as a “favorable, but questionable” response even as competitors were prevented from offering similar services, according to the audit.

Auditors reviewed 150 waiver applications that the Wolf administration reversed their ruling on to reach their conclusions.

The audit was started in April 2020 under DeFoor’s Democratic predecessor, Eugene DePasquale, in response to complaints from the business owners and Republican lawmakers that waivers had been issued inconsistently.

Those complaints included competing businesses in the same industry getting different answers on whether they were “life sustaining” and could reopen or not.

The Wolf administration set up the waiver program in spring 2020 to allow businesses he closed as not “life-sustaining” to apply for a waiver allowing them to reopen, if they could prove they were keeping their workers safe and provided a necessary service.

The form to apply changed five times during the two weeks applications for a waiver were accepted, the audit says. An FAQ form for businesses changed 14 times, and the list of what businesses were essential and non-essential also changed with little notice.

“I’m not sure we wrote down anywhere what ‘life-sustaining’ meant,” top Wolf aide Sam Robinson said in a deposition in a lawsuit challenging Wolf’s COVID-19 business closures.

Still, more than 42,000 businesses applied, from dog groomers to garden centers, of which 7,000 were allowed to open.

It’s unclear who exactly reviewed the applications, as the state did not track who reviewed what waiver, DeFoor said. The state’s internal tracking also did not include the reason each staffer gave for approving or denying a waiver.

But in an emailed statement, Casey Smith, a spokesperson for the Department of Community and Economic Development, which managed the waiver program, said that the state did provide the names of 90 commonwealth employees, from multiple agencies and professional backgrounds, who reviewed waiver applications.

Those names were not revealed due to a non-disclosure agreement signed by the auditor general and the administration to conduct the audit.

“The Wolf administration prides itself on transparency, and this audit reinforces what we have said time and time again—this situation was unprecedented and DCED is proud of the work accomplished by our team in an incredibly short time period,” Smith said.

DeFoor added that there was no evidence of foul play in the issuance of waivers. While some business owners contacted legislators and business groups with Harrisburg connections to address their audit.

These mediators may have helped get businesses a faster response, but did not appear to change any outcomes, DeFoor said.

At the time, DePasquale’s role was questioned due to campaign finance contributions from Wolf to DePasquale’s ongoing congressional campaign.

DeFoor said that DePasquale’s earlier efforts were continued by his administration with no changes to the scope or methodology.

Business groups welcomed the audit, and looked to the Republican-controlled General Assembly to pass further changes.

Greg Moreland, executive director of the Pennsylvania chapter of the National Federation of Independent Businesses, which lobbies for small businesses, said he wanted the state to align how it classifies businesses with federal standards.

Throughout the pandemic, Wolf’s own list of essential businesses did not match the businesses that the federal government deemed essential.

Business advocates argue this led to contradictory scenarios, in which a company that made an essential product may stay open, but the businesses providing them with raw materials were closed.

“There were too many hands in the pot,” Moreland said. “That led to people making individual decisions when it wasn’t necessarily the standard across the board.”

David Taylor, president of the Pennsylvania Manufacturers Association, was even more pointed. The lack of input from businesses, he said, “created a whole universe of avoidable mistakes,” which he chalked up to the Wolf administration’s arrogance.

“They lacked the humility to recognize their knowledge problem, that no one could possibly know everything that goes into everyone’s manufacturing process in the entire commonwealth,” Taylor said.

DeFoor emphasized that the pandemic was unprecedented, but held that the mistakes of the waiver program could not be repeated.

“The state must provide a playing field that is as level as possible, recognizing that businesses are crucial to Pennsylvania’s economic health,” DeFoor said.