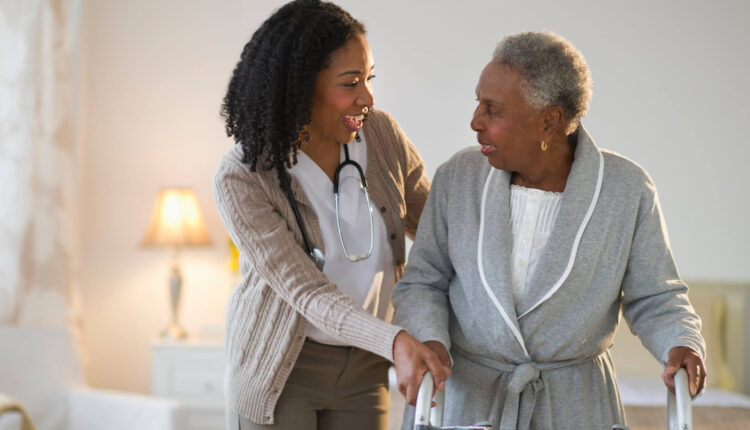 Will Pa.’s leaders prevent the collapse of the intellectual disability system? | Opinion

Once again, the coronavirus has reared its ugly head, mutating, and beginning a deep dive into the willingly unvaccinated and those too young to obtain the vaccine.

And again, we find ourselves depending on frontline workers to keep the rest of us safe by showing up for work, protecting our food and supply chains, and caring for those with disabilities, the elderly, and other vulnerable among us. Those heroes rise to the occasion – day in and day out – despite subsisting on wages that qualify them for food stamps, Section 8 Housing assistance, or Medicaid substituting for unaffordable health insurance.

Nowhere is this crisis more apparent than in the Intellectual Disability/Autism (ID/A) community where, long before the pandemic, Direct Support Professionals (DSPs) endured decades of grossly inadequate wages and staffing shortages while handling essential, life-sustaining responsibilities.

At the height of the pandemic, our state and national leaders lauded the dedication of these workers, lamented their poor pay status, and acknowledged that the foundation of many of these programs have been weak for years. With the advent of the pandemic, lingering problems in maintaining the stability of disability programs deteriorated into a fight to keep the system from imploding from the effect of years of neglect.

Leaders – from Trump to Biden to Wolf to nearly every PA elected official – have acknowledged the sacrifices of poorly paid frontline workers and have pledged to address the legitimate and crying needs in the intellectual disability community and its workforce.

Leaders – from PA Speaker Cutler to House and Senate Appropriations leaders Saylor and Browne to PA party leaders from Republican AND Democratic caucuses have spoken with passion about the need to address the legitimate, crying need in this community.

While there have been some temporary recovery efforts, including funds from the Trump-era CARES act that provided temporary relief to some programs, permanent relief to address the deep wounds and dysfunction laid bare by the pandemic have been lacking.

Before the pandemic, InVision Human Services and hundreds of other organizations warned the state about a human service workforce crisis that left that system teetering on the edge of collapse, with DSPs quitting their jobs at alarming rates.

In fact, these shortages are at a crisis point — the worst in nearly 60 years of community disability programs. The problem is so bad that families who have waited (in some cases for more than a decade) on the state’s ID/A waiting list are being told that although they are finally eligible, services cannot begin because there is no staff to perform them.

Five years ago, Gov. Wolf implemented a regulation requiring the state to review, update, and refresh disability program costs every three years. Three years have come and gone, with no review or refresh.  In the meantime, rates remain grossly inadequate, DSPs continue leaving, and the system is on the verge of collapse. But there is still time to save this critical sector, and Gov. Wolf – and legislators on both sides of the aisle – have the power and authority to do it.

The state has received millions to billions of extra dollars to fix this crisis. In fact, the Biden Administration has spelled out specific funding to fix and strengthen ID/A programs.

Months into the pandemic, however, the state has offered only a band-aid of temporary support. The state needs to tap into this funding now, to permanently address the rate and staffing crises that threaten to upend the disability system and the thousands of people who depend on it.

To prevent a collapse of the system, the state needs to do the following immediately:

And what can advocates for people with intellectual disabilities and their families do? Simply hope, pray, and advocate for those who cannot do so themselves that our leaders act before the community disability system collapses.

This fall, Governor Wolf and his administration have promised to adjust rates based on new data, costs, and needs.  They have the money to work with provided by the federal government. They have an economy on the rebound at a growth rate exceeding five percent. And they have legislators who have acknowledged the need is there.

Will this be the year our elected officials do their best to preserve a critical human service need? The lives of our most vulnerable – and those who care for them – are counting on it.

Gary Blumenthal is the vice president of InVision Human Services, in Wexford and Reading, Pa.  He is a former member of the Kansas House of Representatives; a former chair of the National Conference of State Legislatures’ Task Force on Developmental Disabilities; the former Executive Director, U.S. Department of Health and Human Services, the President’s Committee on Intellectual Disability and a former member of the National Council on Disability, an independent federal agency.

‘We are always on our knees:’ Haitians in Philly react to earthquake on island