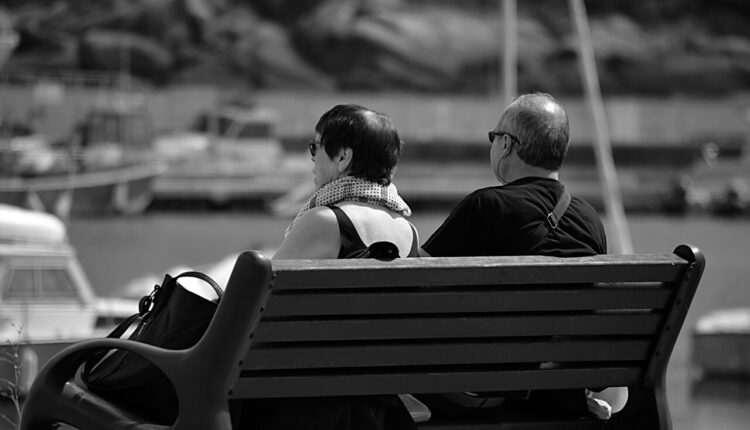 We have to reverse COVID’s blow to American life expectancy. Here’s how | Ray E. Landis

Current events have taken a depressing turn in recent weeks. Reports of the uptick in COVID-19 cases, the re-conquering of Afghanistan by repressive religious fanatics, and fires and floods around the world show troubles not easy to address.

The doom-and-gloom is exacerbated by the number of people who now rely on social media for their news. Twitter and Facebook have prospered as places to cynically complain and criticize, and those who exclusively use them to stay up to date on current events can hardly be blamed if they are sure civilization is on the verge of collapse.

So, it may come as a surprise to recognize that in the midst of all today’s negativity there are a lot of good things to celebrate. The United States and much of the world continues to make progress toward improving the lives of its citizens.

Is the progress as rapid as many of us desire? Of course not. We still live in a tremendously unequal country and world, where the color of one’s skin and the circumstances of one’s birth play far too great a role in determining the path of one’s life. The lust for money and power still dominates the fate of nations and the world’s environment.

Yet, compared to 25, 50, or 100 years ago, more people have opportunities they could only dream of in previous generations. Blatant discrimination because of one’s gender, skin color, or sexual orientation has lessened. Access to education has expanded. Advances in technology and transportation have opened new worlds to many.

But perhaps the greatest advancement has been in longevity. Life expectancy in the United States increased from below the age of 70 in 1960 to almost 79 in 2019. A troubling reality of this statistic is the recent news that life expectancy dropped almost 1.5 years in 2020. COVID-19 is to blame for this reversal, as the vast increase in deaths during the pandemic demonstrates how statistical trends cannot account for such a dramatic event.

While the tragedy of COVID-19 is a step backwards, the progress our health care system and social insurance network have made in providing Americans a better life is a story we take for granted. Social Security celebrated its 85th anniversary last week, while Medicare will turn 50 in three years.

These two programs deserve much of the credit not only for the increase in longevity of Americans, but also the vast improvement in how older Americans live as they age. Because not only do people live longer, but they are generally living healthier and more active lives.

We still celebrate when someone turns 100. But many may not remember when it was such a rare occasion that Willard Scott, weatherman on the TODAY show, would announce the names of everyone in the country who turned 100 each morning at the end of his report, often with a picture of the celebrant.

No national television program has the time to mention every American turning 100 today. But we need to take some time to celebrate the progress than enables a growing number of people to reach such a milestone.

Not too much time, however. Because progress should be defined as a willingness to accept change in order to improve circumstances for all. And large segments of our society are not interested in changes that threaten their current wealth, power, or standing in society.

The recent announcement of the results of the 2020 Census show an older, more diverse nation with more of its population concentrated in urban and suburban areas. These numbers point us toward policy adjustments which reflect these population trends in order to maintain progress in improving the quality of life for Americans.

My family’s long-term care story – and what it says about the challenges we all face | Ray E. Landis

But the resistance to such policy adjustments is intense from those who would lose power and influence – and money. The realities of a changing climate, a changing population, and changing priorities mean societal investments are going to be necessary, but the increasing wealth gap and a desire of those on the upper end of that gap to stay there will result in a fierce fight to prevent the kinds of initiatives needed.

Change, and progress, is a messy business. The mess is often dramatic and is the kind of thing social media thrives on. But like any good home improvement project, the mess that is created leads to an end result that makes life better. We need to keep working to make sure our current mess results in a brighter future.

Ray E. Landis writes about the issues important to older Pennsylvanians. His work appears biweekly on the Capital-Star’s Commentary Page. Readers may follow him on Twitter @RELandis.