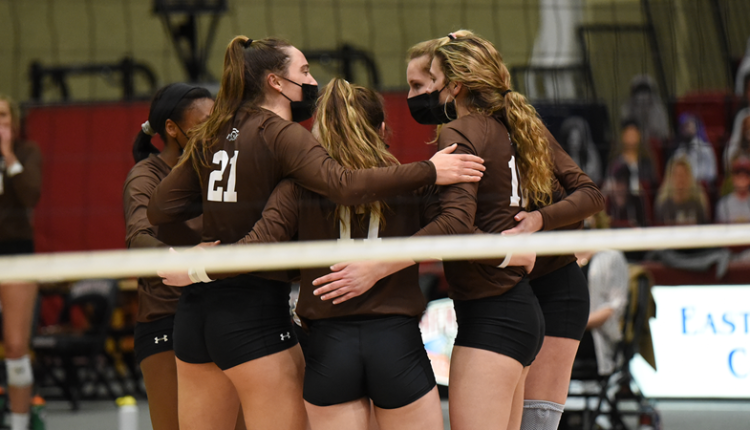 BETHLEHEM, Pennsylvania – In order to get back in position to compete for a Patriot League championship, fourth year head coach Alexa Keckler and her Lehigh volleyball program have announced the schedule for the upcoming 2021 season. With non-league opponents returning for the first time since 2019, the Mountain Hawks year kicks off with an ACC fight at Virginia Tech.

In a shortened spring campaign in 2021, Lehigh finished 3-6 and missed a Patriot League tournament field with four teams.

Former All-Patriot League selections Sabrina Lancaster and Hannah Wright return to the field this fall for their fifth year as the Mountain Hawks try to recapture their first league title since 1997.

As mentioned earlier, Lehigh opens the year on the road in Blacksburg, Virginia for the Virginia Tech Tournament, going up against the Hokies and Elon on August 27, and ending with Toledo on August 28.

The Mountain Hawks will play for the first time at the Leeman Turner Arena in Grace Hall with the first Lehigh Steel Tournament taking place against St. Francis Brooklyn and Dartmouth on September 3rd and Binghamton on September 4th.

The regular season tournament game for the 2021 season ends with a two-day invite in Towson, where it will face the Tigers and Florida Atlantic on September 10, followed by two games against Temple and Norfolk State on September 11.

Lehigh returns home for midweek against Penn on September 14, the final vote before the start of the game in the Patriot League.

The first home games of the year will take place from September 25th to 26th, when Lafayette comes to Bethlehem for the rivalry on Saturday and Bucknell comes to visit on Sunday.

Lehigh continues the homestand with a matchup on October 1st against Loyola and on October 2nd against Navy.

The Mountain Hawks will finish the out-of-league game at Fairleigh Dickinson on October 5, before returning home for the Patriot League’s fifth home game against the Americans on October 8.

Army West Point and Colgate arrive in town on October 22nd and 23rd, before the Mountain Hawks embark on a four-game road trip that includes Navy and Loyola on October 29th and 30th, then August 5th and 6th. November against Bucknell and Lafayette.

Lehigh finished the regular season on November 13th at home against Holy Cross.

The schedule is subject to change and start times are still to be determined. Selected games of the season will be streamed live on ESPN + (subscription required).