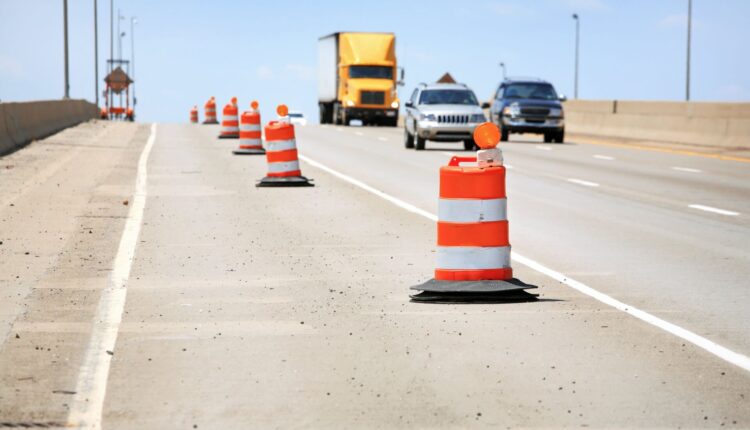 Biden proposed an infrastructure plan in March that would have topped $2 trillion. A bipartisan group of senators led by U.S. Sens.Rob Portman, R-Ohio, and Kyrsten Sinema, D-Ariz., worked out details of the bill that eventually topped 2,700 pages and included $550 billion in new spending.

Every Senate Democrat and 19 Republicans voted in favor of final passage.

Pennsylvania U.S. Sens. Bob Casey, a Democrat, and Pat Toomey, a Republican, split on the vote, according to an official Senate roll call.

The White House has said the bill would be paid for with $263 billion in unused money from COVID-19 relief money and enhanced unemployment benefits, $51 billion from delaying a rule on Medicare Part D, $20 billion from future auctions of spectrum used for telecommunications, increased economic activity and other sources.

In a statement, Toomey, who is not running for re-election in 2022 and will retire from politics, dismissed the bill as “too expensive, too expansive, and to unpaid for.”

“There is a need to expand and maintain our nation’s real, physical infrastructure, which is why the federal government spends billions on these projects every year,” Toomey said. “But this legislation is too expensive, too expansive, too unpaid for, and too threatening to the innovative cryptocurrency economy.

“Federal infrastructure spending should be driven by a reasoned assessment of our nation’s needs, but this process was driven by Democratic political imperatives rather than necessity,” he continued.

Taking to Twitter, Casey, the Keystone State’s senior senator, praised the bipartisan cooperation on the bill, as the chamber “came together & made a substantial investment in our communities.

Republicans already have made clear their opposition to those proposals, and are unlikely to offer similar support.

Some Republicans said the overall spending was too high, objecting to the bill’s wide scope that went beyond traditional transportation infrastructure like roads and bridges.

They are also unhappy with the majority’s plan to follow the infrastructure bill with a $3.5 trillion budget resolution and plan for expansive spending on education, climate, health and human services.

Unlike the infrastructure bill and most Senate legislation, that larger spending plan will require only a simple majority because it will be considered under a process known as reconciliation, and Democrats plan to pursue its approval without any Republican support.

Kansas Republican U.S. Sen. Jerry Moran voted against final passage of the infrastructure measure Tuesday after being part of the original bipartisan working group that produced a framework for the bill.

He said in a Monday floor speech the bill included several of his priorities, including broadband investment, but that it was too expensive and was not offset with more revenue or cuts to other spending.

“I wanted this to be a smaller, more affordable, paid-for package that was not excessive in scope, didn’t add to the national debt and did not raise taxes on the American people,” he said.

He also objected to the measure’s link with the $3.5 trillion budget blueprint and reconciliation bill that will encompass health care, education, environmental programs and more. That undercut the bipartisan nature of the first bill, Moran said.

The Senate voted immediately after the infrastructure vote to proceed to debate on the budget resolution. That motion passed along party lines, 50-49, with Sen. Mike Rounds, R-S.D., missing both votes.

Moran added that the White House and Schumer had too much influence over negotiations, instead of the group of 22 mostly moderate senators from both parties that had been negotiating. He gave kudos to Sinema for her role in leading the bipartisan group and bringing together members of both parties.

The infrastructure measure’s fate in the majority-Democrat House, which passed its own surface transportation authorization last month that included billions of dollars earmarked for specific projects requested by lawmakers, is uncertain.

The Senate’s 60-vote requirement, and the Senate bill’s backing from the White House and a substantial group of Republicans, likely mean that chamber’s version will be closer to what arrives on Biden’s desk.

Biden is scheduled to meet with governors and mayors Wednesday to discuss the bill’s benefits for state and local roads, transit, water infrastructure and broadband.

“We have a clear backlog of unmet needs—projects that have been on the books with state DOTs for years,” Howard said last week.

Critics, however, have said the bill will worsen the transportation sector’s already-problematic level of greenhouse gas emissions.

Although the bill includes some money for items meant to mitigate climate change and reduce emissions, those programs are dwarfed by the massive spending on new highways that encourages even more driving, and thus emissions from cars and trucks.

In his floor speech ahead of the vote, Schumer acknowledged the bill’s shortcomings and pledged the next major piece of legislation in the Senate would offer more help to working families and small businesses, add more jobs focused on addressing climate change and adjust the tax code.

“We Democrats believe we must do much more,” Schumer said. The budget resolution “will make generational transformations in these areas.”

House progressives warned Tuesday that they won’t back the infrastructure bill until the Senate acts on the $3.5 trillion reconciliation bill, the New York Times reported. House Democrats hold a slim majority and can’t afford to lose many members on a vote.

And the prospect of that larger package was not enough to satisfy some climate hawks in the House.

The exact total the Senate is proposing for Interior is unclear. Interior programs were listed as one of eight line items sharing the Senate Energy and Natural Resources’ instruction to allocate  $198 billion in spending.

“Regardless of how much good work this resolution does in other areas, you can’t spin away the fact that it doesn’t offer the Interior Department enough money to meet some of our critical climate goals, including pressing needs like drought mitigation throughout the West,” he said in a statement. “It’s disappointing to see these obvious needs go unmet.”

Grijalva said he was working with like-minded House members to increase Interior’s share of the funding.