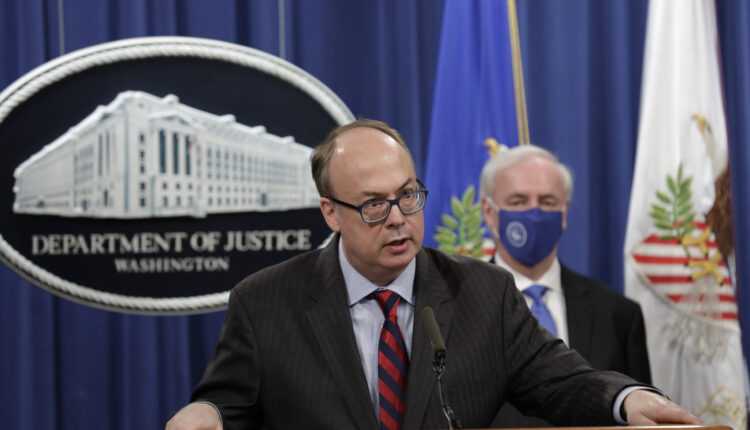 On Dec. 28, a top official in the Trump Department of Justice circulated an extraordinary, potentially history-altering letter to his colleagues, writing that “I see no valid downsides” to issuing the letter and proposing that they “get it out as soon as possible.”

In that letter, reported this week by ABC News, Jeffrey Clark falsely claimed that there were such “significant concerns” about the legitimacy of the election in Georgia that Gov. Brian Kemp ought to call the state Legislature into special session to overturn the results and give Donald Trump the state’s 16 electoral votes.

That of course was a lie, a lie created to foment a coup.

“Given the urgency of this serious matter … the Department believes that a special session of the Georgia General Assembly is warranted and in the national interest,” the draft letter stated. It also argued that if Kemp balked at calling a special session, the Legislature has “implied authority under the Constitution” to call itself into session and act.

At that point, and at several others in the week of Dec. 27, history teetered, putting the fate of our democratic republic in true jeopardy. It was preserved only because a handful of people in crucial positions made the right decisions.

Different people, willing to make different decisions, might have brought it all tumbling down.

For example, if Clark’s proposed letter had been made public, throwing the prestige of the DOJ behind claims of electoral fraud, it would have added enormous, perhaps overwhelming pressure on Kemp and Republican legislative leaders to call that special session, and to alter the election outcome. Because as we’ve learned, Georgia was considered key. The Trump campaign clearly believed that if they could bum-rush Georgia into throwing out the vote of the people, based purely on nonsensical “evidence,” other GOP-leaning states such as Arizona, Michigan and Pennsylvania would be pressured to do the same. If Georgia fell, Trump may have been well on his way to remaining in power despite being clearly, and fairly, defeated under the rules laid out in the Constitution.

As we know, that did not happen, but it is only now that we can appreciate how close it may have come. It did not happen only because Clark’s superiors in the DOJ – acting Attorney General Jeffrey Rosen and his top deputy — refused to allow release of that proposed letter, understanding that it had no basis whatsoever in fact or law.

We also now know that the day before Clark sent his inter-office memo, Trump himself had contacted top officials at DOJ to pressure them. According to notes of one conversation taken by Rosen’s deputy on Dec. 27, Trump told the acting attorney general that he didn’t have to try to overturn the whole election. “Just say that the election was corrupt and leave the rest to me and the [Republican] Congressmen,” those notes quote Trump as saying.

As that week went on, Trump continued his focus on Georgia.

On Jan. 2, he called Georgia Secretary of State Brad Raffensperger for an hour-long phone call, insisting that Raffensperger “find” the necessary votes to make him the winner, and hinting that a failure to do so might result in his criminal prosecution. (On Dec. 23, Trump had also personally called Raffensperger’s lead elections investigator, urging her to find fraud.)

On Jan. 3, Trump tried to remove Rosen as acting attorney general and install his flunky Clark to lead the DOJ, but was blocked by White House counsel and other members of his administration. On Jan. 4, the U.S. attorney for north Georgia, BJay Pak, resigned suddenly because – as we have since learned – he too was being pressured to declare that Georgia’s elections were corrupt when in fact he knew they were not. (Pak will almost certainly be subpoenaed to tell that tale to Congress, adding yet more detail to the attempted coup.)

And then, of course, came the events of Jan. 6.

It is good that when needed, people filling critical roles in federal and state government were willing to stand up for the sanctity of the law and Constitution. But we, as a nation, should never be in a situation when a handful of people can either save or destroy our democracy.

And as we learn more and more about how close we came to disaster, the post-election changes in state election law that have been implemented here in Georgia become more ominous.

Through those changes, the system of independent checks and balances that helped avoid disaster in 2020 have been weakened, not strengthened, with highly partisan state legislators now wielding considerable more power over how elections are conducted and how – and whether — the votes are counted afterward. Furthermore, the conspiratorial, falsehood-ridden rhetoric that those legislators have used to justify their power grab does not exactly engender confidence in their judgment should they get to decide whether the rule of law or the law of the jungle applies to future elections.

What we need is the truth. We need to expose those who were willing to subvert the law and the Constitution. We need to prosecute anyone who may have acted criminally. We need to sanction lawyers who threw aside their obligations to the law.

We need to know what happened. All of it.

Jay S. Bookman covered Georgia and national politics for nearly 30 years for the Atlanta Journal-Constitution, earning numerous national, regional and state journalism awards. He has been awarded the National Headliner Award and the Walker Stone Award for outstanding editorial writing, and is the only two-time winner of the Pulliam Fellowship granted by the Society of Professional Journalists. He is also the author of “Caught in the Current,” published by St. Martin’s Press. He wrote this piece for The Georgia Recorder, a sibling site of the , where it first appeared.

Hard Lessons From a City That Tried to Privatize Public Health