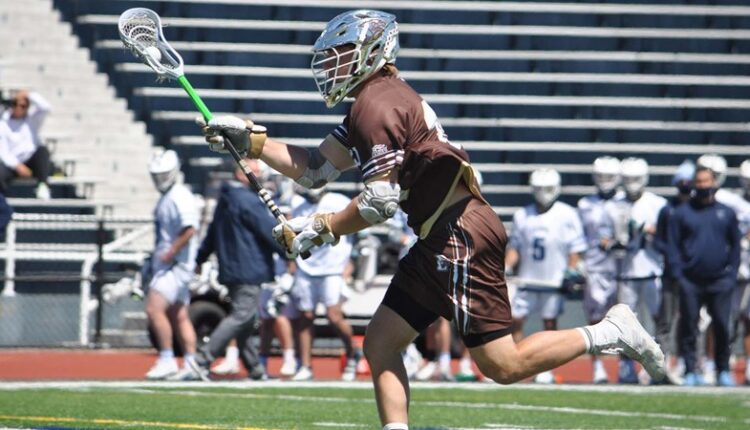 BETHLEHEM, Pennsylvania – Conor Gaffney, the youngest graduate of Lehigh Men’s Lacrosse, is a fourth-time CoSIDA Academic All-American, it was announced on Friday as Gaffney has joined the second team of the Men’s At- Large was appointed. Gaffney was promoted to the third team Academic All-American after his sophomore and junior years, then the second team as a senior and now a PhD student.

Gaffney is the only four-time winner on this year’s Academic All-Americans At-Large team. Freshmen are not eligible for the award, so Gaffney has been recognized as an Academic All-District and All-America each year.

In the classroom, Gaffney achieved a grade point average of 4.0 in Graduate School after finishing his bachelor’s career at 3.95 in a double major in mechanical engineering and integrated industrial engineering (finance). Gaffney was recently named a USILA Scholar All-American and was two-time Patriot League Scholar-Athlete of the Year and three-time Academic All-Patriot League Honoree (including 2020). He was nominated twice as a candidate for the prestigious Senior CLASS Award and was also a multiple winner of the team’s Scholar-Athlete of the Year Award. Gaffney was a member of the Tau Beta Pi Engineering Honor Society, the Pi Tau Sigma Mechanical Engineering Honor Society, and the American Society of Mechanical Engineers (ASME). He won the Elisha P. Wilbur Mathematics Award for first year excellence in engineering mathematics. Gaffney returned to Lehigh for a fifth year on the President’s Scholarship Program, which recognizes outstanding academic achievement by students by offering a fifth year of study with no tuition fees.

On the field, Gaffney was selected in the Premiere Lacrosse League Collegiate Draft (the very first selection of the Mountain Hawks) and made it to the Archers list, where he made his PLL debut on July 11 against the Cannons. Gaffney was named Patriot League Faceoff Specialist of the Year 2019 by both USILA and Inside Lacrosse, and an Honorable Mention for All-American after the season. It was an Honorable Mention of Inside Lacrosse’s preseason All-American prior to the 2021 season. Gaffney finished his career winning 63.5 percent of his faceoffs (686-1081) with 401 groundballs and held the program record for faceoff wins and groundballs (the GB total is also a Patriot League token). Gaffney supported Junior Mike Sisselberger in 2021, which broke the NCAA Division I record confrontation Percentage (79.5).

A CoSIDA Academic All-American was presented five times in Lehigh men’s lacrosse, four times by Gaffney and once by Jonathan Stumpf in 2011.