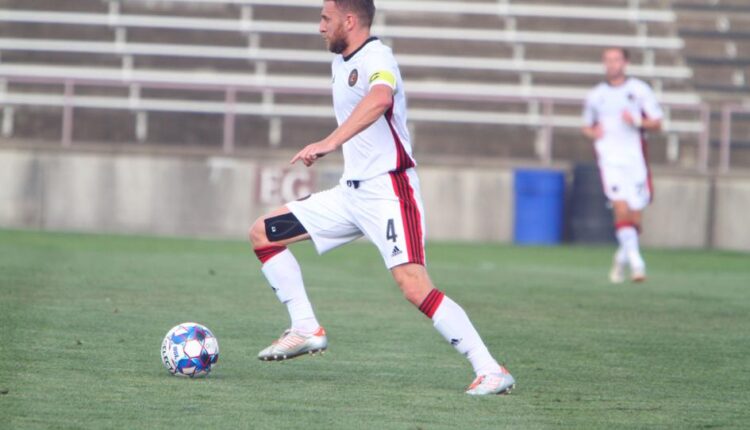 Devon Sandoval scored his first goal of the season while three teenagers in Dylan Gaither, 17, Diego Lopez (16) and Victor Pereyra-Zavala (19) made their professional debuts.

“To score early goals, you always dig a little hole,” said Scott Donnelly, ATL UTD 2 head coach. “But we felt pretty good at 2-1 in the second half. It was the third goal that really hurt us and made it difficult from there. “

The game began with winger Yosef Samuel, who suffered a high elbow from Bethlehem’s Brandon Aubrey just 90 seconds into the game. Samuel couldn’t return and in the eighth minute Gaither stepped up for his professional debut.

Bethlehem exerted heavy pressure from the start and broke through in the 16th minute. Matt Mahoney hit the top of the six-yard box from a corner with a header, giving Bethlehem a 1-0 lead. Aidan Apodaca doubled Steel’s lead in the 36th minute with a left-footed shot in the box after a low cross from Brenden Aaronson from the right.

ATL UTD 2 struggled 39 minutes after Chris Goslin threw a free kick to the left of 18, where AJ Cochran headed the ball over for Sandoval, who headed a shot from the top of the six but had his Attempt by goalkeeper John McCarthy pushed over the bar. After the corner kick that followed, Gaither skipped a Bethlehem defender and shot the ball for Sandoval at the back post. The striker jumped into an acrobatic kick on the bike that shot past McCarthy to score a game with a goal. Half-time ended with Atlanta 2-1 down.

Atlanta failed to capitalize on its momentum as the Steel scored two goals in the final 45 minutes. Faris Moumbagna scored his first professional goal in the 71st minute to make it 3-1. Just 30 seconds later, Bethlehem scored again when Aaronson scored from close range. Lopez and Pereyra-Zavala came on as substitutes for their debuts in the second half.