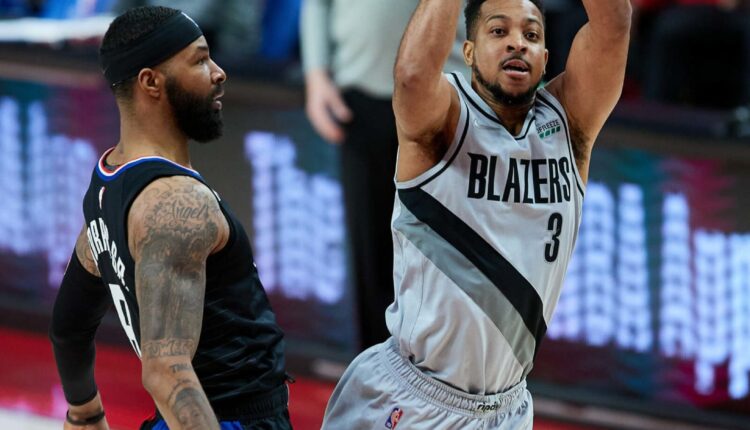 The biggest ‘what if’ in Penn State Basketball history

Portland Trailblazers superstar CJ McCollum revealed that he’s “someone who got away from Penn State Basketball,” the kind of player who could have changed the history of the program

CJ McCollum was a first-round NBA draft pick, averaged almost 19 points per game in his career for the Portland Trailblazers … and was almost a Nittany Lion?!?

The two-time AP Honorable Mention All-American and 2016 NBA’s Most Improved Player is known for leading Lehigh University, a small private school in Bethlehem, Pennsylvania, to the NCAA tournament as 15 seeds and beating the mighty Duke Blue Devils.

McCollum was ranked 10th overall in the 2013 NBA Draft and has spent his entire career with the Portland Trailblazers, teaming up with Damian Lillard to create one of the NBA’s top scoring backs.

And it turned out that he wanted to play basketball for Penn State.

McCollum was a guest on The Old Man & the Three podcast starring JJ Redick and Tommy Alter. He stated;

“Penn State was a school I really wanted to go to, they never offered me (even though they did offer one of my teammates). It was crazy because I was literally the kind of kid who would go to a big conference, a smaller school, but an academic school. “

McCollum was a three-star recruit ranked the nation’s 84th point guard and the 17th best Ohio player (452nd in the nation).

A native of Canton, Ohio, signed up for Penn State basketball in September his senior year and enrolled in the summer. His number three is retired high above the Stabler Arena, and he finished his college career the tallest to ever wear the brown and white Lehigh Mountain Hawk.

If McCollum was playing his college hoops nearly three hours away, who was in the 2009 Nittany Lions recruiting class, you ask?

Well, then coach Ed DeChellis with the three star from Texas, Tim Frazier, got at least one right. Jermain Marshall had a decent career before switching, and the other two recruits were Bill Edwards and Sasa Borovnjak.

Imagine Talor Battle and Tim Frazier having future NBA star CJ McCollum in the back when they faced Temple in the 2011 NCAA tournament? Would Ed DeChellis have stayed in his backcourt with two future NBA players after that year?

Just another great “what-if” question for a program full of these … maybe just another example for #ThePennStateBasketballStory.